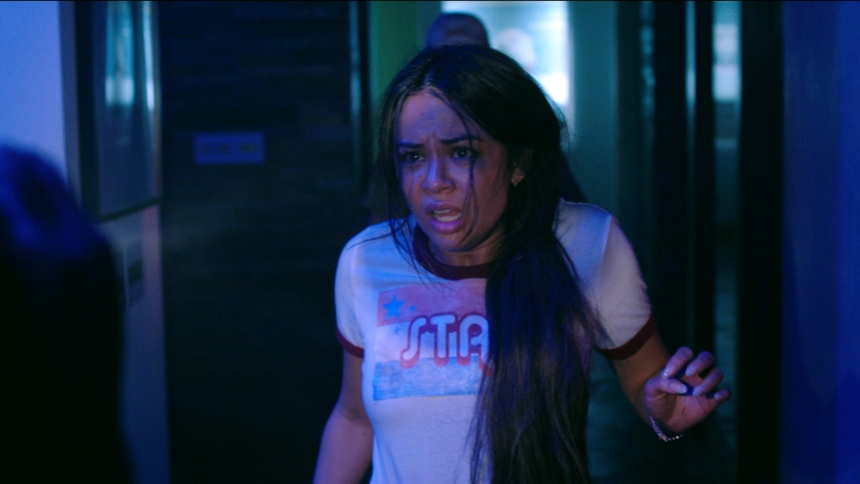 This summer in the Northern Hemisphere, a little time away with your loved ones sounds like a splendid idea. Yet a new trailer for Trespassers stomps on that possible escape from reality.

Written by Corey Deshon and directed by Orson Oblowitz, Trespassers -- known as Home Is Where the Hell Is when it debuted at FrightFest last year -- initially looks calm, relaxing and fun before turning violent and terrible. Here's the official synopsis:

"Two couples, each working through relationship issues, rent a gorgeous house in the desert for a sex- and drug-fueled escape from reality. Sarah (Angela Trimbur) and Estelle (Janel Parrish) are longtime best friends looking forward to reconnecting after a period apart; their boyfriends, Joseph (Zach Avery) and Victor (Jonathan Howard), however, are immediately wary of one another.

"As tensions escalate over the course of a debaucherous night, things take an unexpected turn when a woman (Fairuza Balk) claiming to be a neighbor with car trouble shows up at the door. She seems harmless enough...or so they think. As the twists and turns pile up so does the body count in this stylish, blood- and neon-soaked thriller which hits with the furious force of a machete to the skull."

Fairuza Balk can certainly terrify, and she is well-placed, and well-used, in the trailer to overturn a somewhat familiar setup and help make it unique and distinctive. (I live in hope.) Trespassers will open on July 12, 2019, in New York and Los Angeles theaters, and will also be available On Demand via IFC Midnight. Check out the trailer below. 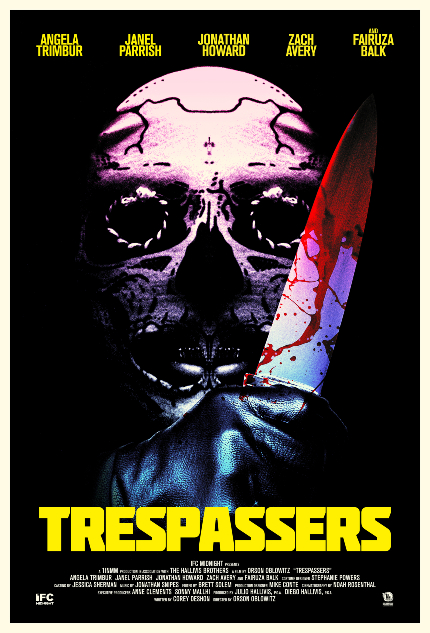 Do you feel this content is inappropriate or infringes upon your rights? Click here to report it, or see our DMCA policy.
Angela TrimburFairuza BalkIFC MidnightJanel ParrishJonathan HowardOrson OblowitzZach Avery