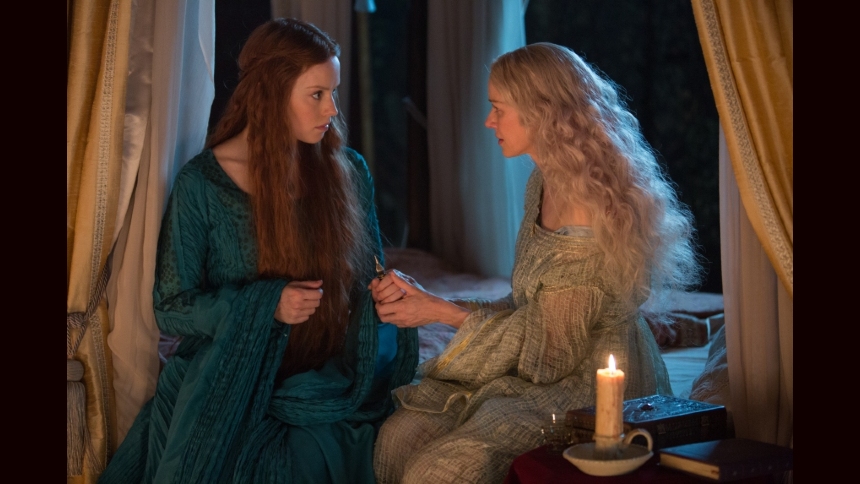 How does one reinterpret Shakespeare for the modern world? Like this.

Past modern-day interpretations of William Shakespeare be hanged, the latest is a thrilling drama that feels fresh and vital.

To be clear, Claire McCarthy's Ophelia is still set in Denmark centuries ago, but the language has been adapted to modern-day English. Shimmers of poetry and an appropriate modicum of formality still hover around the words, as interpreted by screenwriter Semi Chellas (Mad Men, The Romanoffs), based on Lisa Klein's novel, itself first published in 2006 and targeted at a young-adult readership.

By shifting the narrative focus to Ophelia, the story becomes entirely new, or, in the brief opening narration by Ophelia, 'if you think you know the story, think again.' Indeed, although I am by no means a scholar, I've watched multiple versions of Hamlet so the basics are familiar.

And unlike, say, Tom Stoppard's Rosencrantz and Guildenstern Are Dead, which moved two minor supporting characters to the center stage, Ophelia had a somewhat more substantial role in Shakespeare's play, though still supporting. Subsequently, more cloth is available to play with, and the enlargement of Ophelia into the principal character feels less forced, more natural, and more fascinating, as in, 'how will familiar events look from a different perspective?'

Daisy Ridley is gobsmacking good as Ophelia, a free-spirited little girl who becomes a strong-willed, often frustrated lady-in-waiting to Gertrude, portrayed by Naomi Watts in a transcendent performance. Those two are surrounded by good performances -- Clive Owen as the duplicitous Claudius, Tom Felton as Ophelia's brother Laertes, George MacKay as Hamlet, Daisy Head as an arrogant lady-in-waiting -- yet the eye keeps coming back to Ridley and Watts, waiting for them to appear again to enjoy their tasty interpretations of their characters.

Director Claire McCarthy, cinematographer Denson Baker, and film editor Luke Dunkley combine to light a fire to a powder keg of pent-up emotion. The women in Shakespeare's plays tend to reflect the times in which they were written -- and played by men, of course, on stage -- so it's wonderful to see women exposing these fascinating characters to light, putting them center stage where they certainly belong.

I'm no Shakespeare authority, of course, so I can't speak to how the playwright's female characters have been portrayed in the past, and whether they reflected the times in which they lived. In 2019, I can testify that Ophelia moved, outraged, and surprised me. There are men in it, too, but it's the women who make it thrilling to watch.

Summing up: I loved it.

Do you feel this content is inappropriate or infringes upon your rights? Click here to report it, or see our DMCA policy.
Claire McCarthyClive OwenDaisy RidleyGeorge MacKayNaomi WattsShakespeareTom Felton