Actor Jake Macapagal talks casting, Brando, and what's fun about being an actor 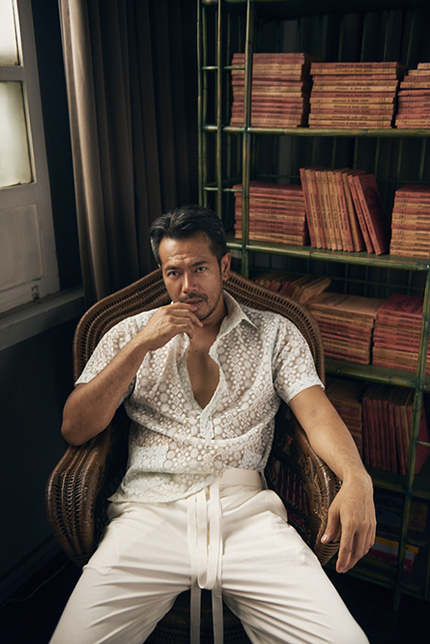 Jake Macapagal is not yet a household name, but with his recent role in the upcoming film WATCH LIST, he's poised to make a splash on the international indie film scene. Already highly respected for his work in films like METRO MANILA (for which he was nominated by The British Independent Film Awards as Most Promising Newcomer for 2013), Macapagal is also a regular star of interntional theatre productions, with roles in productions like MISS SAIGON, RENT, and LES MISERABLES.

I spoke with Jake in the run up to the World Premiere of WATCH LIST, which will be at the Seattle International Film Festival on June 7. The film tells the story of Maria, a woman who must fight to protect her family after her husband is mysteriously killed in the drug wars of the Phillippines. Macapagal plays Ventura, a cop who has his own dark methods when it comes to how to keep the streets safe from crime. The film is directed by Ben Rekhi and also stars Alessandra de Rossi.

What drew you to this role?

WATCH LIST is timely and needs to be in the forefront of discussion for everyone to to work together and ask for accountability and resolution. Ventura represents the power and abuses of society. We met with real cops in our research and I sat down to experience the government's rehab clinic. Somewhere during integration, you discover the humanity.
Is it more fun to play a good guy or a bad guy? I'm not sure if "fun" is the word. I think if you play a character, you would hope that it is not linear, so when I dive and discover the complexities of each one, I try to connect myself to the "person." Each person can land in a bad circumstance ergo make bad choices. No one wakes up each day and say "I'm going to be evil today." It is fun though to discover what makes each character tick, their objectives, their intentions -- that is the "fun" adventure.
What's different between Asian, European/UK and US productions?  I think each continent is unique and each have their own structure in creating a production. I respect each process and understand that in creating a standard one influences each other and learn from each other. The amount of people involved in creating a cinematic experience for the viewers are the unsung heroes. The crew, the tech, the wardrobe, make up, prosthetics, the designers, the people involved in post production, marketing, publicist its a whole village that bring magic that ties everyone together. Tell me about the project you are developing to direct.  A friend Asha asked me a few years back in developing an idea for a music video and she told me, "You will direct it..." I just accepted and continued for months accepting the natural process to get where we are now. And it is finally happening. The genre is "indie" world music. But the story behind it is compelling. The project is collaborative and the team we are working with are all experienced in the industry. We did Jonathan Larson's RENT in Singapore, welcomed the new century together and travelled in Germany where I lived in early 2000. I introduced her to some of my friends who work in the underground music scene and they created this sound that resonated to us during that specific time. We fell out and got lost somewhere for a decade or so and found ourselves again to finally work again.
What actors do you admire? I like actors who are not predictable and flawed and admire actors who surprise me. I keep watching the interview of Marlon Brando with Dick Cavett on YouTube. It's a great character study if you dissect every word he utters and somehow the camera also catches a glimpse of who he really is or who he wants people to believe he is. Being a casting director in Manila, I also found a new love in discovering and experiencing the talent of my colleagues in theatre behind the scene. They are under represented in our industry.