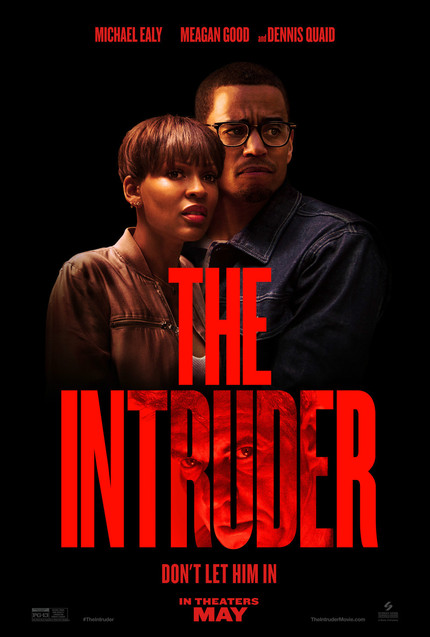 What sort of villain might we encounter in real life? Perhaps someone who looks like Dennis Quaid.

As it happens, I was thinking about the topic of villainy in the past few days, especially the sort of evil that is showcased so prominently in Avengers: Endgame and Game of Thrones. Admittedly, both immensely popular titles are set in worlds of fantasy, yet many individuals in the news media -- and perhaps a swarm of people in real life -- take them very, very seriously, drawing parallels to real-life bullies and expressing sorrow about the fate of characters dreamed up by their creators.

Naturally, a villain who acts like a villain is, ultimately, easier to place into an emotional box and dismiss. 'Ah,' we think, 'someone who snaps his fingers and makes half the universe disappear, now that is a villain!' Even better is the villain who boldly stalks out of our worst nightmares: 'Ah,' we think, 'someone who has glowing eyes, doesn't speak, always glares, continually calls forth his fellow undead to slaughter good people, now that is a villain!' We, who are not villains nor superheroes nor fictional warriors, are powerless, unable to do anything but sit and watch and wait for rescue.

Alas, in real life, villains are more likely to look and act like Dennis Quaid.

In his earlier years, Quaid might have been cast to portray Scott Russell. Scott is a highly successful business executive in San Francisco who is happily married to Annie Russell, an absolutely beautiful woman. Scott and Annie are ready to start a family and want to find a home in the country that will suit their needs.

Now in his 60s, Quaid is cast as Charlie Peck. Charlie is a highly successful man in the Napa Valley, an affluent, rural area about 50 miles (about 80 kilometers) away from The City, who owns an absolutely beautiful estate. Charlie is retired and still grieving the death of his beloved wife two years previously. He has reluctantly decided to part with the splendid property that his family has owned for more than a century and move to Florida to live with his daughter.

What sounds like a perfect match is only the setup for a home invasion thriller that is developed with ingenuity and intelligence.

Michael Ealy and Meagan Good bring their experience to bear in their portrayals of Scott and Annie. Their chemistry begins with their appearance as a good-looking, agreeable-sounding, well-matched couple, yet they follow up earlier hints with a slightly deeper dive into currents of mistrust that exist between them.

Quaid brings all his experience as a charming rapscallion to his role as Charlie. We don't really believe anything he says or does, thanks in part to our past experience as moviegoers. Even so, Quaid/Charlie is constantly restraining himself, making himself act as friendly and kind as he can, which is a bit beyond his grasp as a character -- but only a bit.

From a jaded perspective that is more ready to embrace superpowered people or supernatural figures than anyone related more closely to real life, The Intruder is obviously a story that's been told before. The strong acting, though, as well as the gentle persuasiveness of the premise, eventually swayed me into overlooking the flaws, even as they become increasingly glaring.

The Intruder may not reinvent the wheel, but it still makes for a fun thrill ride.

The film will open in theaters across the U.S. on Friday, May 3, 2019. Visit the official site for more information.

Do you feel this content is inappropriate or infringes upon your rights? Click here to report it, or see our DMCA policy.
Dennis QuaidDeon TaylorMeagan GoodMichael Ealy