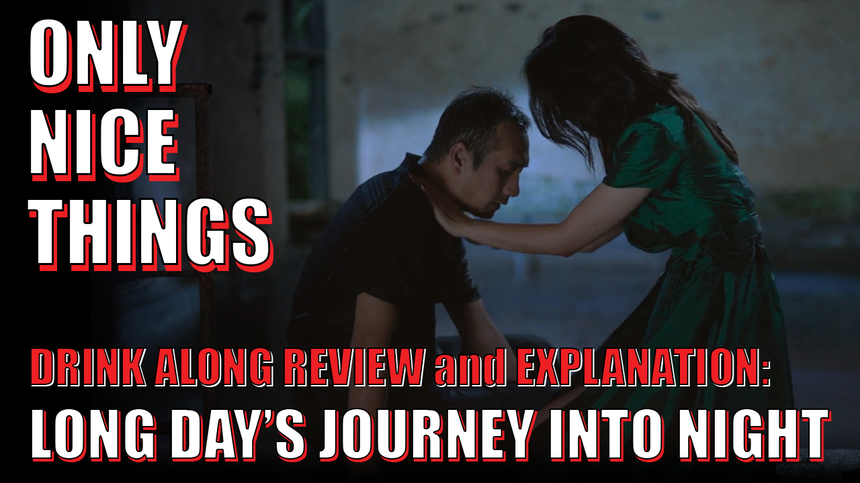 While I was watching Long Day’s Journey Into Night, I was becoming incredibly frustrated as I didn’t really understand where the narrative was going. We were constantly jumping back and forth in time and the pacing was so slow, it was putting people to sleep. No lie though, some viewers did actually walk out of my screening. But after the hour long, 3D one shot ended, and the credits began to roll, I feel like I “kind of” got what was happening but definitely needed to see it again to fully understand. I couldn’t put my finger on it, but I knew there was something really special hidden in all the confusion.

Quickly doing a Google search for some sort of explanation to this film surprisingly turned up nothing. This basically prompted me to buy the Chinese DVD and take my first crack at breaking everything down. Lots of things will become more obvious on the second viewing and I felt similarly after watching David Lynch’s “Mulholland Drive” or Shane Carruth’s “Primer”. If you watched this film and you were just as lost as I was, then take a look at this review as I unravel the plot into a chronological order and add some analysis of what I think director Bi Gan might have been trying to say.

For the review, I was influenced by the DVD release of the Japanese zombie movie, Wild Zero. A special feature on the disk was a drinking game that prompted the viewer to take a drink any time certain stipulations appeared on screen like fire shooting out of something or a zombie's head blowing up. This always followed me and I finally got a chance to incorporate that aspect into what I call a drink along review.

Grab a beer, read the spell from your green book, and watch the drink along review and explanation HERE.