Book Review: BLOOD ON BLACK WAX Takes You Back To The Sights and Sounds Of Horror Soundtracks

A focus on album art and hard-to-find releases fatten out the analysis of the great genre soundtracks of our youth. 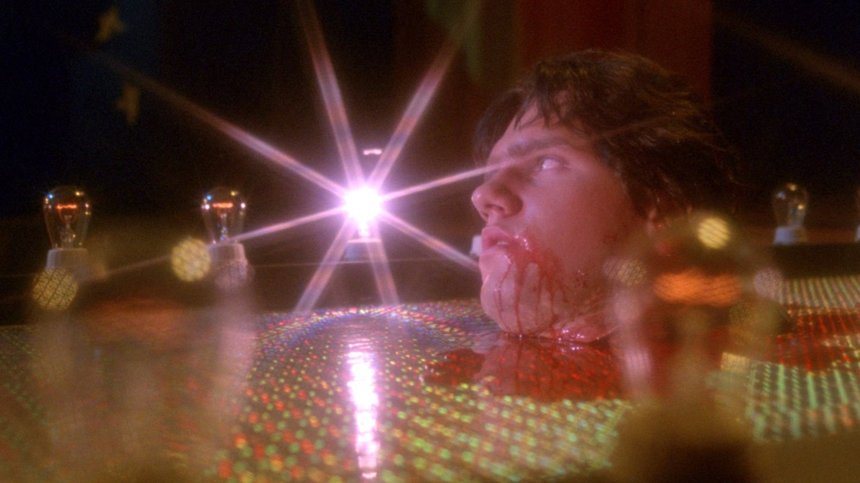 It's wild to find a book about movies that is both appreciably niche and still broadly accessible to anyone who likes movies at all. As a lifelong fan of movie scores, too, it's doubly rare to find good writing about how music is used in film, without that writing being overly technical about musical theory.

In both regards, Jeff Szpirglas and Aaron Lupton's Blood On Black Wax: Horror Soundtracks on Vinyl (1984 Publishing, presented by Toronto's own Rue Morgue) is a refreshing read and a fun addition to your coffee table. 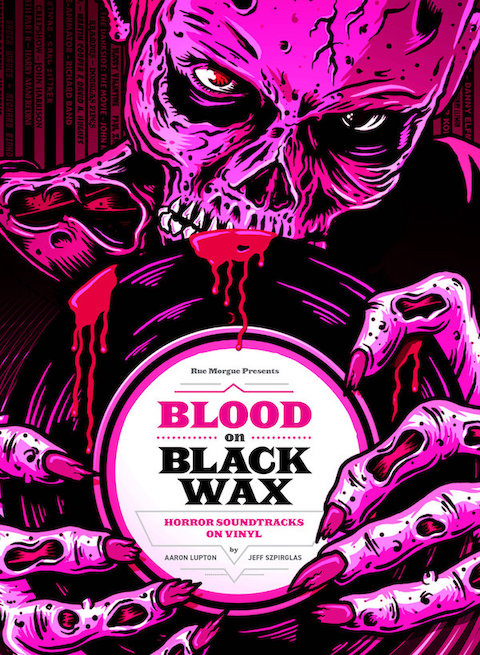 I tend to think of soundtracks in general as a fairly niche area of film writing, and limiting that perspective to just the horror genre cultifies the outcome even further. And yet, given that this book can broadly essay Jaws, Alien, The Exorcist, Evil Dead and all the Nightmare on Elm Street films among dozens of other, widely-recognizable titles, it's highly unlikely that even a passing fan would be hard-pressed to find five or ten pages that are about something they already love. This gives Blood on Black Wax the unique opportunity to be a gateway for deepening readers' interest in movie music by way of some brilliant, lesser-known films.

Loosely categorized by sub-genre (including supernatural and science fiction; a section on giallo; and one simply called "Different Beasts"), each chapter is bolstered by a strong presence of the mainstream titles above, while still leaving ample room for films you've never heard of, or soundtracks you've never really considered in their own right. (I am eBaying a vinyl copy of Tangerine Dream's Firestarter soundtrack as I write this, for example.)

The "Murder Maestros" chapter stretches from Halloween to Scream to Get Out, with plenty of room in the middle for Martin, Tourist Trap and Surf Nazis Must Die. The "Italian Horror" chapter is worth visiting for the album artwork alone (Dario Argento titles such as Deep Red and Inferno show themselves to be wall-mountable, with or without the music). And it wouldn't be a Jeff Szpirglas joint (full disclosure: I went to film school with him) without a chapter dedicated exclusively to "Rock n' Roll Nightmares," such as Phantom of the Paradise, Class of Nuke 'Em High, and Return of the Living Dead.

The blurbs for each score are accessible, readable, and fun. Each page features a large repro of a classic piece of album art for the horror soundtrack being discussed, and about three hundred words or more on how the music in the film is used, or how the composer approached the work, or what alternate compositions exist on the soundtrack that never ended up in the film. It keeps Blood on Black Wax cleanly parseable and good for casual browsing, while still offering up insights into the albums that will widen out the reader's understanding of the craft of composing for cinema.

Collectors and film geeks will also appreciate the amount of work that went into detailing the (sometimes torturous) release histories of the scores. Versioning across different production outlets is nicely covered, and the book will be a useful referent for anyone trying to figure out which edition of a soundtrack to buy -- and which they can safely replace.

Szpirglas and Lupton also tracked down a number of the composers to get their direct takes on the work. John Carpenter's the real "get" here, of course (and, by far, the longest interview), though Lalo Schifrin (The Amityville Horror), Richard Band (Re-Animator), and Chuck Cirino (Chopping Mall) are among the more entertaining inclusions. The book also features both an interview and an afterword with/by longtime horror movie champ Christopher Young -- whose first note in the book assesses his very-early-career work on A Nightmare on Elm Street Part 2, before giving him a fatter retrospective across his Hellraiser titles.

We wouldn't be waist-deep in the Vinylaissance without some limited-edition platters to accompany Blood on Black Wax. The regular edition of the book is available in stores and online. We've already missed the Record Store Day 2019 edition of the book, which came with a limited pressing of two disco tunes from the 1980 Jamie Lee Curtis classic Prom Night ("Love Me Till I Die" and "Prom Night") and some instrumental tracks.

Not to fret, however: 1984 is debuting an online exclusive version of the book this week, which will come with a full Prom Night soundtrack in a handful of colour variations, and... a condom. In "the rules" of horror movies, I presume safe sex ranks above unprotected in the likelihood-to-be-butchered index, but perhaps our readers can enlighten me below.

Finally: for those concerned: yes, the book discusses the score for C.H.U.D. 'Nuff said.

Do you feel this content is inappropriate or infringes upon your rights? Click here to report it, or see our DMCA policy.
Aaron LuptonBlood On Black Wax: Horror Soundtracks on Vinylbook reviewJeff Szpirglassoundtracks