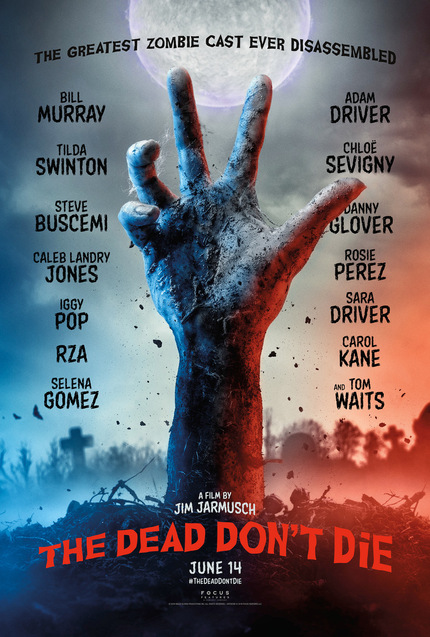 American auteur Jim Jarmusch successfully tackled the vampire film with his understated and moody Only Lovers Left Alive. So it seems only fitting that the next genre monster he tackles are zombies. And this time it looks like's going for the more black comedy route. The trailer and poster have just been released.

The cast includes those who have worked with him before, such as Bill Murray, Adam Driver, Tilda Swinton (it seems speaking in her natural Scottish accent), Chloë Sevigny, Iggy Pop, Rosie Perez, RZA, Tom Waits, and Steve Buscemi, as well as ones new to his cadre of actors, including  Danny Glover, Caleb Landry Jones, Sara Driver, Selena Gomez, and Carol Kane.

No details have been divulged about the plot, but the trailer sums up what Jarmusch wants us to know in advance. I wouldn't be surprised if it screens at Cannes before its release on June 14th. In the meantime, check out the trailer below.

More about The Dead Don't Die