Many horror greats are those that deliver scares through biting social commentary. However, Eerie feels like more like a defanged foray into the genre. 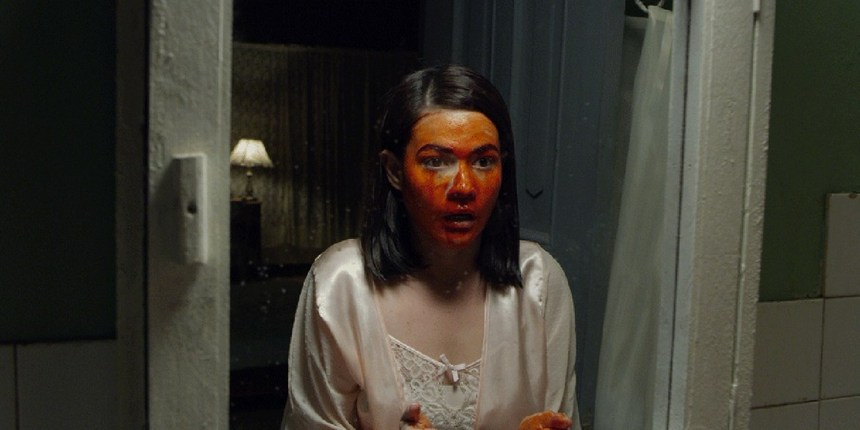 “The road to hell is paved with good intentions.” I am reminded of these lines when thinking of a throughline for the Mikhail Red-directed horror film Eerie.

Storywise, the film delivers commentary on how our institutions and internalized preconceptions can be the barriers preventing us from helping those with mental illness. They may even cause further oppression, regardless of how sincere are the intentions.

It’s a message that is both timely and gravely needed. However, true to the saying, intent is not enough.

Though Eerie tries hard to convey profundity, the film struggles to articulate its message because of plot incoherence and its refusal to go beyond convention.

Stories of our youth

Eerie follows guidance counselor Pat Consolacion (Bea Alonzo) as she embarks on solving the mysterious death of a student at the Sta. Lucia Academy for Girls. In searching for the truth, she must unearth the school’s dark past—one which the Catholic school’s principal, Sister Alice (Charo), seems to be strictly guarding.

Set in the mid-’90s, the film carries a certain nostalgia. It harkens back to the campus ghost stories many of us grew up on. And just like many of these tales, things start with a student, in a bathroom, alone at night.

This first scene shows admirable skill in its crafting. Tension is prolonged as a student looks back and forth between sounds coming from a cubicle and the mirror in front of her. The desaturated colors accentuate the dread in the atmosphere. Albeit it’s ultimately a familiar scene that ends in a jump scare, the whole thing looks gorgeous. (And the film does have many beautiful shots.)

As an opener, this is fine. However, do it in repetition, build a film on scares we’ve all seen before without adding anything to it, and you render your horror impotent.

All boo and no bite

Besides scares too conventional to leave a mark, the bigger problem with Eerie is that these frights are made all the more ineffective—reduced to mere runtime punctuations—as, many times, the film hasn’t established enough context for horror to be built upon.

While in the horror genre, mystery enhances terror—”the fear of the unknown” filling in the gaps filmmakers intentionally leave in—Eerie goes beyond the necessary obfuscation, withholding information to the detriment of its story. 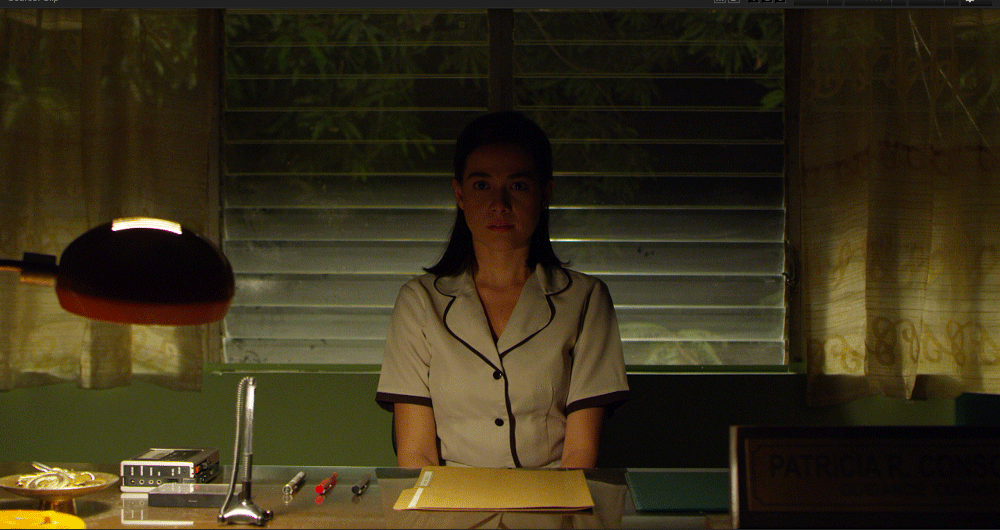 The film’s first act, particularly, lacks a narrative thrust as we are rushed headlong into scares and scenes that we know are supposed to matter but haven’t been set up enough for them to feel meaningful.

Inadequate characterization is collateral damage in this insistence to keep things vague. Characters end up little more than tropes (e.g., the troubled teen, the good ghost, the shady clergy, and the male cop).

All these push the film to border on incoherence and questions end up arising not because of genuine interest but due to confusion. “Wait, who’s arrested? Is it a murder? I thought we’re talking about suicides?,” “So that was in the past?,” “Who dat?”

Eerie tries to fix things retroactively, giving dimension to these characters via flashbacks later into the film, but they end up feeling overdue or too inconsequential to make any impact.

Both too much and too little

Eerie is not outright bad, rather greatly uneven. There’s potential in its technical craft, but conceptually, it finds itself in a paradox of having both too much and too little to say.

The film is rife with subtext, taking jabs at religious institutions, LGBT oppression, the stigma of mental health, and the cross-sections of corporal punishment and strongman discipline from the government. It even talks about how we implicitly enable cycles of depression and victimization.

However, the film struggles to express these ideas into an intelligible story. It leans hard into conventions, and instead of subverting or innovating, it is instead constrained by them.

You see the good intentions in Eerie. Many horror greats are those that deliver scares through biting social commentary. However, Eerie feels like more like a defanged foray into the genre.

Do you feel this content is inappropriate or infringes upon your rights? Click here to report it, or see our DMCA policy.
Bea AlonzoCharo SantosEerieHorrorMikhail RedPhilippines