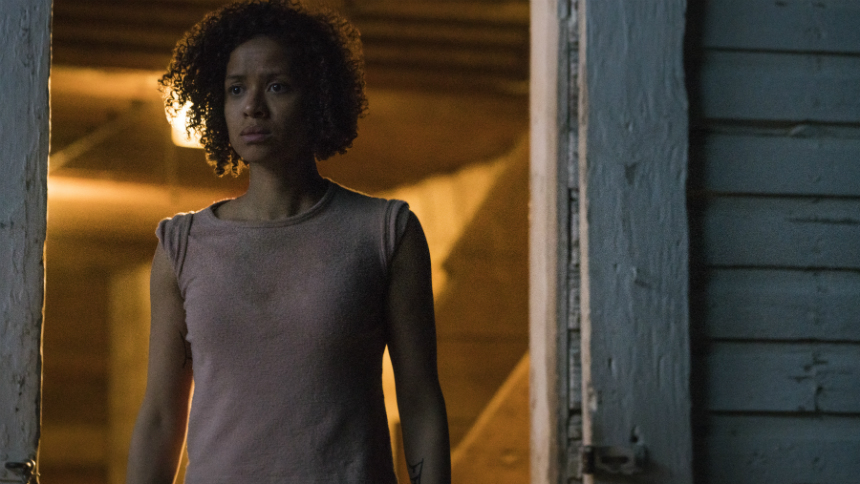 We live in a world of cinematic visions that are defined by children.

This explains why I fell in love with Batman, Superman and Spider-Man when I was a child. I was utterly delighted to see them come to life on the big screen, beginning in the late 70s. In the 40 years since then, special effects have improved exponentially; nowadays, the sight of someone taking flight in realistic fashion appears almost mundane.

Cinematic storytelling has not improved exponentially, of course. We don't necessarily need new stories to be told, as much as we need old stories to be told well, and with a measure of assurance and ingenuity.

All this to say that Fast Color is a rare spark of adult creativity and thought in a world that is awash in childish dreams.

Gugu Mbatha-Raw stars in Julia Hart's dramatic new film, which asks significant questions in quiet, often mesmerizing fashion. Mbatha-Raw inhabits the lead role as Ruth, a woman who is quite aware of demons from her past. Regrets? Yes, she has a few, and they are not to be swept away, but right away she needs to get somewhere, and that somewhere is home.

More accurately, her former home, where she seeks refuge as she tries to figure out the next stage in her life. Ruth is someone I might describe as vibrantly cloudy; she is peering through mighty storms in search of a ray of sunshine. 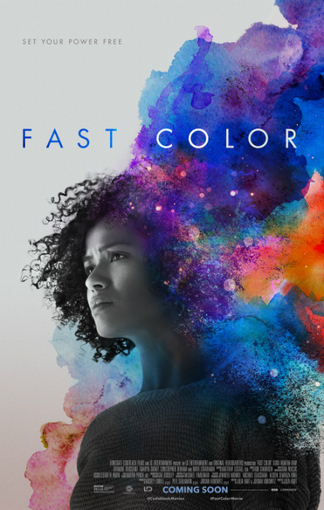 She first collides with Bill (Christopher Denham), who says he wants to help her, but Ruth wasn't born yesterday, and she keeps running into the vast interior of America, the empty spaces between the coasts, a land that is suffering from a mysterious absence of water, which has a tremendous ripple effect upon ordinary daily life. Eventually, she makes contact with the motherly Bo (Lorraine Toussaint) and the remarkable young prodigy Lila (Saniyya Sidney) and the weathered Ellis (David Strathairn), and slowly the pieces all start to fall into place.

Without getting into the why and the how of it, Fast Color is a fine example of what I call literary science fiction, a term that scared me off in my early teenhood, but which I have come to appreciate as a literature that take things seriously, in an adult manner, with no insult to juvenile fiction. Hey, I love Star Wars and Logan's Run too, but give me 2001: A Space Odyssey and Silent Running to sustain me and make me think about something other than ray guns and space blasters.

Director Julia Hart cowrote the original screenplay with producer Jordan Horowitz. They previously worked together on Miss Hart (2016), a film I recently caught up with and found to be gentle, calming and lovely, with a welcome depth of humanity. Those same qualities are abundantly apparent in Fast Color, which does not judge the past issues or actions of any of its characters.

Really, each of the three women who form its dramatic core -- Ruth, Bo, and Lila -- are powerful because they accept responsibility for their own actions, without making excuses for their behavior. They are not self-righteous superheroes, soaked in their own moral superiority. They accept their own imperfections, while making allowance for others who may fall short.

Gugu Mbatha-Raw, Lorraine Toussaint and Saniyya Sidney give performances that make the film worth watching. Don't see it only for the acting, though; see Fast Color for the ideas it explores and the possible solutions that it propounds with a deft touch, all without taking away from the sheer entertainment of watching three woman tear up the screen.

Do you feel this content is inappropriate or infringes upon your rights? Click here to report it, or see our DMCA policy.
David StrathairnGugu Mbatha-RawJulia HartLorraine ToussaintSaniyya Sidneyscience fiction