It's a damn shame how few shorts the typical fest-goer typically sees at a given festival due to running all over to features and events. So it's a bit counter-intuitive that at a festival so jam-packed with events and "activations," the SXSW shorts programming is truly some of the best. If you ever find yourself with a free time slot, ducking into a shorts program can provide a ton of bang for the buck. Here are a few of the excellent shorts that are worth checking out at this year's festival. 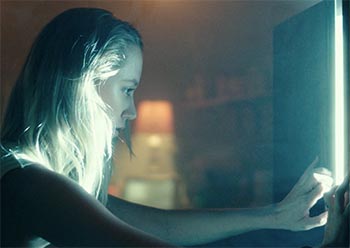 While it's a luxury that not a ton of directors are able to afford, casting a movie star in your short is a great way to get people talking. But while It Follows's Maika Monroe is indeed the star of Kate Trefry's directorial debut, the midnight short is worth mentioning for more than just her haunting performance. It's no surprise that Trefry has worked as an art director previously as the visual style of the film is gorgeous with vivid costumes and cinematography. She's also a writer on Stranger Things and that show's Joe Keery makes an appearance. This is a striking short and Trefry is certainly one to watch. 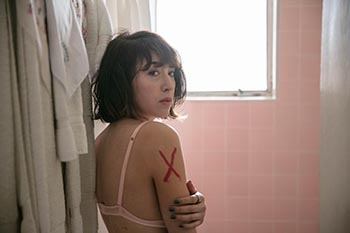 Another haunting midnighter, Meredith Alloway's Deep Tissue does what the best shorts do, set up a mystery and tease out the details until a shocking conclusion. Alloway herself turns in an excellent performance as a woman visited by an enigmatic masseur played by the always outstanding Peter Vack. Tense pacing plays a key role here to this very effective film. 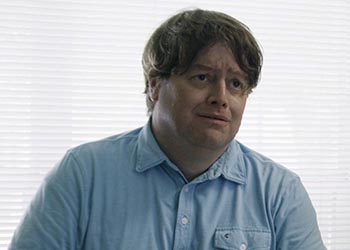 One key to good pacing can come in the form of shot selection and this is used to excellent effect in Will Goss's fourth turn behind the camera, Sweet Steel. Goss employs the almost exclusive use of close ups to obscure the broader details of this clever story about a man with a short rope and a sweet tooth. John Merriman provides a solid gut punch of a performance in this thoughtfully put together story. 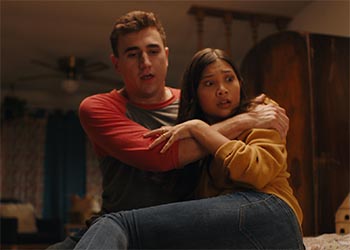 Also drawing from the local stable of filmmaker talent, Emily Hagins has been Austin's indie it-girl going back at least as far as her 2011 SXSW-debuting feature My Sucky Teen Romance. Her new short, First Kiss touches on subject matter Hagins fans have come to love from her; Halloween, teen romance, and the horrors of both. In this short ,she shows a maturity to her filmmaking with smart tension, some good jumps, and an overall well-developed concept. 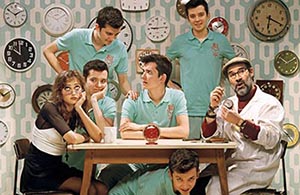 The same midnight program also features a sure-to-be viral sensation with that wacky British sense of absurdist humour. Eros Vlahos's Right Place Wrong Tim is a roller coaster ride set in a sitcom gone terribly wrong. It also stars Asa Butterfield, aka Ender Wiggin. While Vlahos is best known as an actor, he shows some real talent here. Oh, and it looks like it's already available online. 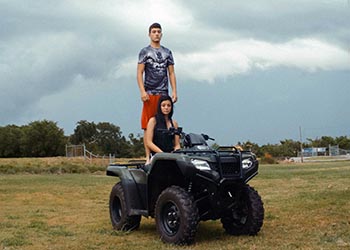 Finally, a very different kind of short film, but one that certainly deserves a mention in this dispatch, Sandra Winther's Lowland Kids is a gorgeous documentary that takes us inside a community on the brink of extinction. What might be most surprising is that this community is right here in the United States. Winther's doc focuses on a brother and sister in Isle de Jean Charles near New Orleans that is quickly being lost to erosion. Faced with resettlement as America's first "climate refugees," the teens and their wheelchair-bound caretaker paint an intimate portrait of loss. These characters are as vivid as the beautiful cinematography in this truly special film.