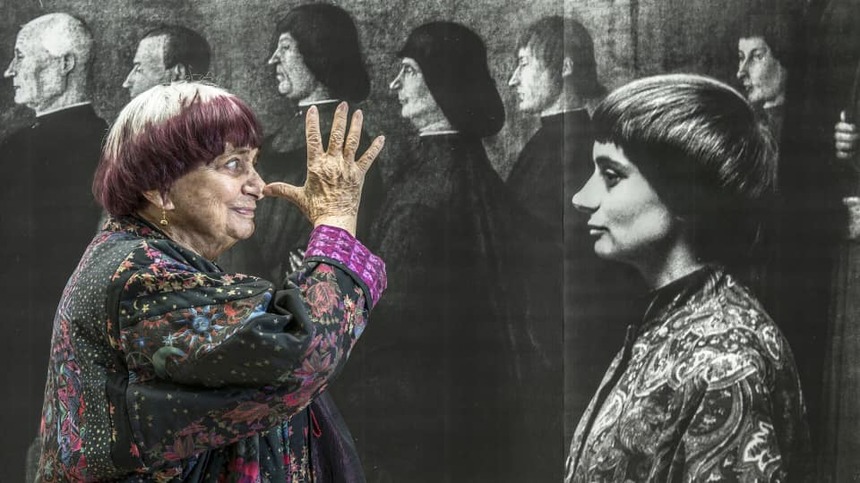 Agnès Varda, a filmmaker whose career spans 60 years, who began as the heart of the French New Wave (and its only woman member) and later followed a path that touched narrative, documentary, and experimental cinema, has sadly passed away. She died of breast cancer in the early hours, surrounded by her family, and hopefully, her beloved cats.

It is hard to sum up such a monumental life, and a filmmaker as prolific and varied as Varda. She was a pioneer of independent cinema. Her curiousity never waned, her passion for cinema was always high, and she never stopped exploring new ways of making and presenting cinema. As I think back on her films, and her presence at film festivals (I only ever saw her from a distance, ummistakable with her beautiful two-toned hair, and regret not having the courage to speak to her), I think of a force of nature, one whose power and secrets were not easily understood, hidden in plain sight, often forgotten among men more praised and appreciated than she was (at least until her later years).

Varda was born and raised in Belgium, then moved to Paris to study at the Sorbonne. She had originally wanted to be a photographer, but moved into film in 1955. Her second feature, Cléo from 5 to 7, was an experimental feature told in real time, about a woman waiting to hear the results of a medical test. This was the film that put her in the spotlight, and allowed her some movement in her career. Though that would also come from being a woman; she did not have the easy access to money and critical acclaim that others of the New Wave did. But this didn't stop her.

And certainly, she was never afraid to be political in her films., even if it was subtle. She was, as she described herself, 'a joyful feminist', even if she was angry. But she put that anger alongside her joy in her films. During her time in California, she made two short films about the Black Panthers. Along with other French directors, she contributed to a film that showed sympathy towards the North Vietnamese Army during the Vietnam War. Her feature One Sings, The Other Doesn't (1977) tackled the abortion debate in France.

Vagabond, her 1985 feature about the death and life of a young woman who roamed the back roads of France, was one of the few commercially successful films she made, which also won the Golden Lion at Venice. But commercial success was never a concern for Varda, who who turn around and make films such as Jane B. for Agnès B., an experimental biopic of Jane Birkin, a documentary about fellow filmmaker; she and Birkin would also work together on the short Kung Fu Master, where Birkin's character falls in love with a much younger man. and her late husband, The World of Jacques Demy, and not long after that, her iconic documentary The Gleaners and I (2000).

The latter film would be one that would refine many themes from her early work, and define much of her later career, films in which she looks at the workers, the poor, the wanderers, the people who either form the backbone of France or who drift about it, trying to find their place. Also, it and these films of the late 90s and early 2000s asked many of the questions that Varda would present in her later work, both from a professional and personal curiosity, about growing old, whom are we allowed to love, and what stories will cinema let us tell?

Her 2008 autobiographical film, The Beaches of Agnès, gave us Varda from her own perspective, but there is no hint of ego: she is simply someone with the skill and tools to explore her own life you can read our interview with her about that film). And her collaboration with artist JR resulted in the amazing documentary Faces Places, which was nominated for an Oscar (and was legitimately robbed of it).

Her last film, Varda by Agnès, just had its world premiere at Berlinale in February. I expect it will appear at festivals and cinemas shortly, and you can see a trailer below.

Varda was more than just a filmmaker, and indeed more than just an icon. She remained the best kind of filmmaker, one that found and made projects through boundless joy for the form, one that (through circumstance and because of sexism) managed to and happily continued to forge her own path when proper recognition came so very late. Her work is as fascinating as it is varied, and there is always something new to discover.