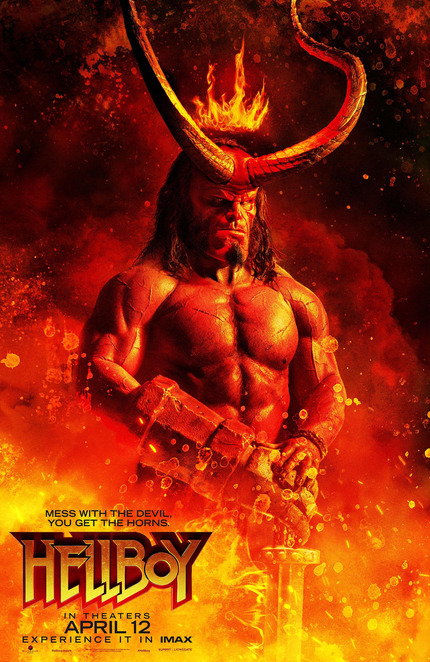 Neil Marshall has been so busy with big budget television for so long that it's hard to believe his last feature film was Centurion back in 2010. Well, the director is finally back at it with the latest large screen adaptation of Hellboy, this time starring Stranger Things actor David Harbour as Big Red.

After the initial green band trailer was met with mixed reactions online, Lionsgate has released a red band trailer to go along with the announcement that the film will indeed be R rated as Marshall promised all along it would be. This trailer has a decidedly different tone and the use of a dark rendition of "Smoke on the Water" rather than Billy Idol's "Mony Mony" makes me think the studio will lean into the horror of the film rather than the humor to get people into the theatre. It  also features a couple F-bombs so get those headphones on.

In the film, Hellboy, caught between the worlds of the supernatural and human, battles an ancient sorceress (played by Milla Jovovich) bent on revenge.