AMANDA Interview: Mikhaël Hers on Grief, Music and Summer 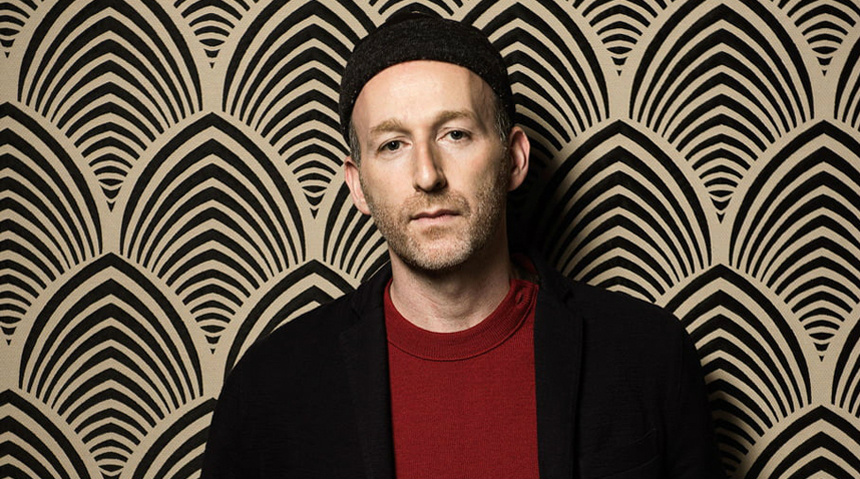 With his thoughtful presentation of loss, grief and human connection and youthful melancholy in medium length films (just around the 1-hour mark) Montparnasse and Primrose Hill, I was hooked on Mikhaël Hers’ gentle artistry.

With the two features that followed, Memory Lane and That Summer Feeling, he claimed his spot in a little corner in the hearts of many cinephiles as a young talent and the best-kept secret in contemporary French cinema. With his new film Amanda, another picture dealing with the loss of a loved one in the era of ISIS and terror attacks, I had a chance to sit down with the filmmaker when he was in town for Rendez-Vous with French Cinema this year.

Screen Anarchy: Your films always deal with loss and grief in some way. But it seems it is very much on the forefront in your last two films, THAT SUMMER FEELING and now AMANDA. It’s an interesting contrast, since your main characters are all 20 to 30 something people in their primes. I’ve always wanted to ask you where that death and grief in your work is coming from.

Mikhaël Hers: Maybe I make films to answer that question. In any case, as soon as I start writing, that question is what drives me.

It’s usually a specific locations and also the question of absence, as you described, that plays out both full, head on manner and also metaphorically. In Amanda it’s a bit more head on. It’s something I can’t really explain but, in a sense, the question has been always there in me.

We are obviously living in a pretty chaotic world; the refuge crises and the terrorist attacks and so on. It was interesting to see in AMANDA that this terror attack is portrayed as an everyday occurrence, something we just live with. I am wondering  what you make of the state of the world we are living in.

It’s hard to answer that question. Here too, we are talking about absence. Perhaps we make films to find serenity, if serenity is possible in dealing with these things.

And in cinema, in fiction, I’d rather make you to deal with those things more on a personal level, rather than making things that are completely saturated with political or social discourse. I think it is maybe possible to look at the state of the world through intimate tragedy, through daily life of these characters rather than dealing with it in an obsessed manner torn straight from the news headlines. I hope that answers your question.

AMANDA was co-written by Maud Ameline, not your usual collaborator Marietta Desert. How did you get to collaborate with her and what was the experience?

For this particular movie or in general?

I always start by writing the first draft alone. Even before that, there is rather a long maturing process, which is full of wondering and false leads. But then I write fast. It’s not in me to drag out the writing process for two or three years.

When I’m done with this incubating process, then I write the first draft very fast. After that I bring in a co-writer, Marietta Désert or Maud Ameline. And of course they bring in much needed outside view and structure. Generally my first version is very dense and goes a lot of different directions and they help me kind of purify things and cut them down.

Vincent Lacoste is a rising star of the French cinema, it seems. You have your usual actors to choose from (Thibault Vinçon comes to mind). How did you come to choose Lacoste in the role of David?

When I was writing the first draft, the age of the character was less clear, whether David should be in his twenties or thirties. Once I realized the right age for the character was in the early 20s, it was quite obvious to me that it had to be Vincent Lacoste.

He is the one who has the ability to create empathy. And there is something ordinary about him: one the one hand he is handsome and full of grace but he also has something rather awkward about him. It was an obvious choice for me.

Once he accepted a role, our work came very naturally. It was as if the melodies we had in our heads immediately corresponded. We’d do one or two takes but very quickly we found a common note and tone.

The young girl, Isaure Multrier, who plays Amanda is also great. What was the casting process like and how did you get the performance out of her especially in those emotional scenes?

We went to schools. We went to sport classes and so on and when we saw this young girl we gave her this little piece of paper with the address of the production company and she came in and did a screen test. I really liked the kind of mix that she is -- that she is still a young child and can be very juvenile but also has a real maturity. She has an ability to express her thoughts in words. I liked those two dimensions about her.

In terms of emotional sequences, we worked as the way you’d work with adults. One tries to create an atmosphere and ambience of trust and welcoming around the actors. And I also tried to make her understand to draw from her own person and experience. That Amanda was a character and a shell and she only could play this through her own experience.

You worked with international cast before. Anders Danielsen Lie and Josh Safdie in THAT SUMMER FEELING. You have Stacey Martin and also Greta Scacchi in AMANDA. How did you get to cast those roles and how did they come onboard?

I wanted someone to counter Vincent Lacoste and found it in Stacey Martin. Vincent Lacoste is a very intuitive, natural actor. Stacey is more of a cerebral actress and I like that kind of disjointed counterpoint to very intuitive Vincent. And maybe due to her dual nationality, she has a singular musicality in her speech. I don’t know if foreigners can hear but for us French, we hear in how she speaks.

As for Greta Scacchi, I was a fan of her growing up in the 80s and 90s. We needed someone who spoke English but also French to play the role of the mother. There was an opportunity to meet her. I had lunch with her few months before. But she was on the set for only one day. It’s funny, she had become this person who was very important but she came for one day and it was done. And she disappeared like that. It was like a dream.

Speaking of musicality, I love the soundtrack of your films. (Hers laughs) How does the music factor into your films? And how important is music for you?

Music is my first passion. It’s something that I listen to everyday unlike cinema which I can do without for weeks at a time. So it is very important. It generally comes in in the editing stage.

Very quickly we find spots in the movie where the music is going to be placed. In Amanda, we called on a composer Anton Sanko who had done the music for a Nicole Kidman film called Rabbit Hole. I had really like the music in that film. The film is very interesting too but the music really spoke to me.  And it stuck with me for a long time.

We borrowed it for the edit then said to ourselves that we should contact him to write some original music for us. It is very interesting what he did because there’s kind of minimalist parts with an unusual string instrument and also more ample orchestrated parts. Also in my films that you seem to appreciate, a lot of indie pop songs that are from my teenage years, which I enjoy paying tribute to by bringing them into my films.

Most of your films are taking place in the summer. is there a reason for that? I mean, it’s really an interesting contrast, when you think about your subject matters you usually deal with.

For one thing, it’s a very pragmatic choice. Summer is a the season that allows you to shoot in the lightest manner, even though I tend to work with traditional crew. Summer allows you to work with less lighting equipment to make things faster.

Also like you said, all my films has this starting point of absence. I find it more painful and powerful under a blue sky to experience that. It’s paradoxical on the one hand that summer is about possibilities and renewal but there’s something that tears you apart a little more if you are dealing with absence. I like that ambivalence.

There is a scene, the day after the terror attack, and the streets of Paris are completely empty. How did you manage that?

We shot that in the early morning. We have relatively small budget. It was not in our budget to empty a street in Paris so we had to find compromises. We get PAs to maybe make a few people go a different way. These are arrangements with reality.

So you’ve done films in Paris, Berlin, New York and London. Do you have any plans to shoot anywhere else?

I love Lisbon. It would be great to do a film in Lisbon and all other wonderful places but for the moment I have not yet a new project. So I don’t know.

In your last film THAT SUMMER FEELING, I’ve never seen New York portrayed that romantic before. (Hers laughs, embarrassed)

Yeah, I know. That maybe because of my limitation of knowledge of the city. When you arrive in a new city you lack acuity in your gaze of someone who lives there. So there’s something a little exotic and a little romantic about how I filmed New York and in Williamsburg.

Though to be perfectly honest, I didn’t know it at the time but I realize now that maybe I would film a little differently. I think I was a little bit naive. I do like the New York sequence of the film but perhaps I was a little naive.

It was fine. Job well done. I enjoyed it a lot.

Dustin Chang is a freelance writer. His musings and opinions on everything cinema can be found at www.dustinchang.com

Do you feel this content is inappropriate or infringes upon your rights? Click here to report it, or see our DMCA policy.
FranceIsaure MultrierMikhaël HersStacy MartinVincent Lacoste