The Japan Foundation Touring Film Programme returns to the UK in February, presenting a diverse lineup of Japanese cinema to audiences across the country.

This year's selection is based around the theme of 'love' and is titled People Still Call It Love: Passion, Affection and Destruction in Japanese Cinema. The lineup features "thoughtfully selected films from Japan’s artistic repertoire, all focusing on this theme in one way or another. As the conventional binaries defining what it means to love continually give way to new understandings of this sweeping emotion, so too does this year’s curation aim to provide insights into a wider context of love in Japanese society".

Within this theme, a wide range of (mostly) contemporary cinema is presented, with films encompassing a range of genres. In addition to the films on offer, the programme brings several special guests to UK shores for Q&As. Keisuke Yoshida (Himeanole) is on hand with his latest film, the sibling rivalry drama, Thicker than Water. Yukiko Mishima will present her 6th film, the poignant drama Dear Etranger, and documentarian Hikaru Toda will answer questions on her award-winning new doc Of Love & Law, which follows the plight of Japan’s first law firm run by an openly gay couple.

The Programme will run from 2 February to 10 February at London's Institute of Contemporary Arts before heading to cities across the UK until 28th March. Check the website for tour locations and further details.

Scroll through the gallery below for details on each of the titles in the programme. 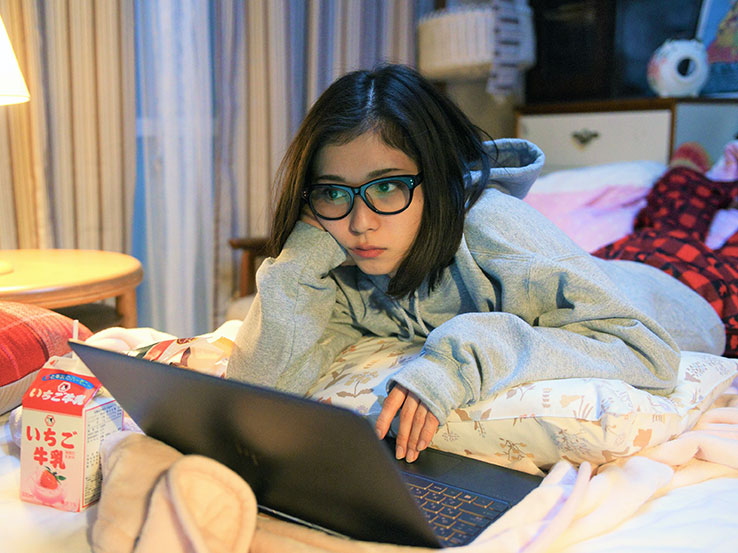 Tremble All You Want
Akiko Ohku, 2017

Rom-com adaptation of Risa Wataya’s novel depicts a love life in disarray. Will a junior accountant Yoshika (Mayu Matsuoka), who is inexperienced in love, choose bachelor number 1 – her former high school crush, or bachelor number 2 – an office colleague interested in dating her? 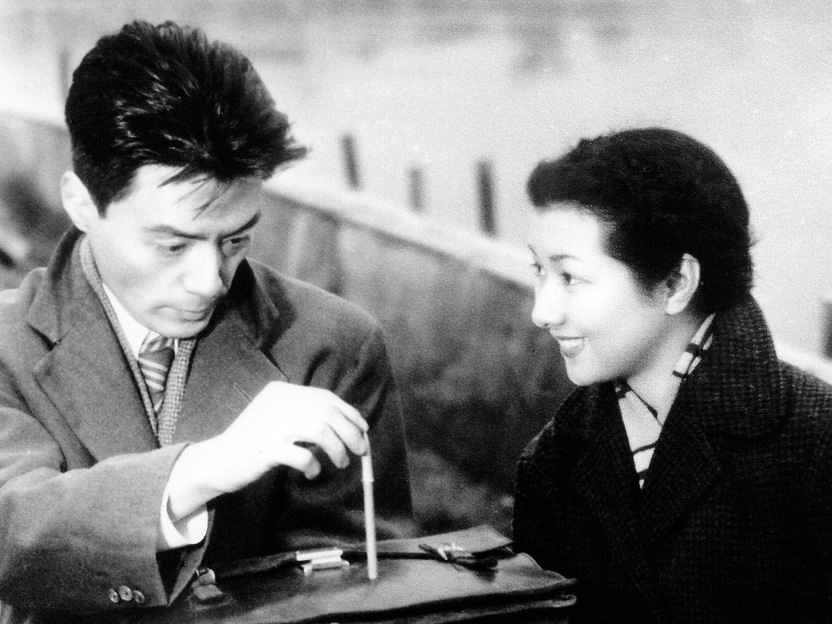 Where Chimneys Are Seen
Heinosuke Gosho, 1953

Ryukichi (Ken Uehara) lives in a cheap rental house together with his wife, Hiroko (Kinuyo Tanaka), who was traumatised in the war. One day, a baby is abandoned on their doorstep. Who is the mother? A drama representative of Gosho’s work, this is a rare find that focuses on family life in the downtown of post-war Tokyo. 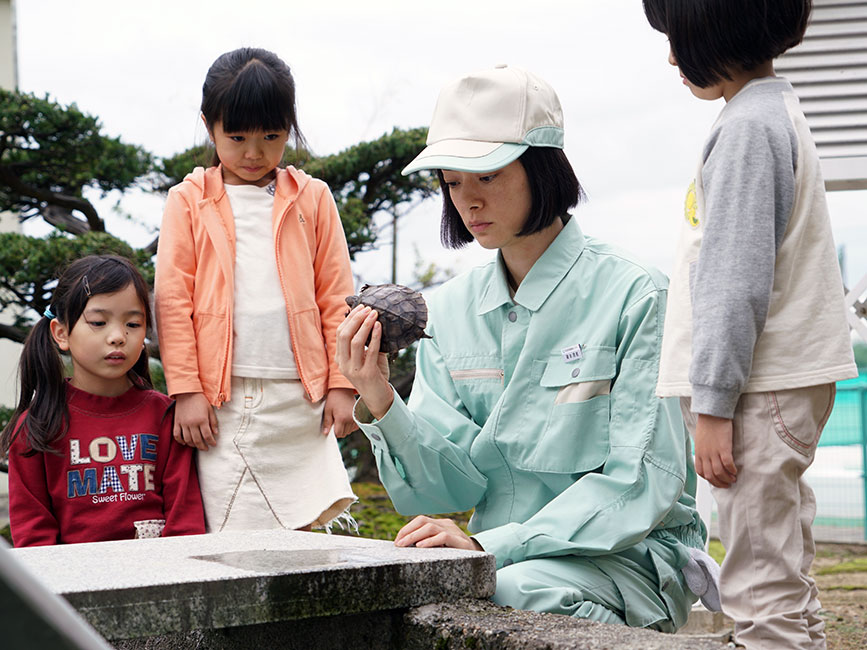 A small seaside town decides to welcome six strangers into the community in an effort to mitigate its population decline. But the motley crew of newcomers have a chequered past and, before long, uneasiness begins to creep over the quiet city in this blackly comic suspense thriller. 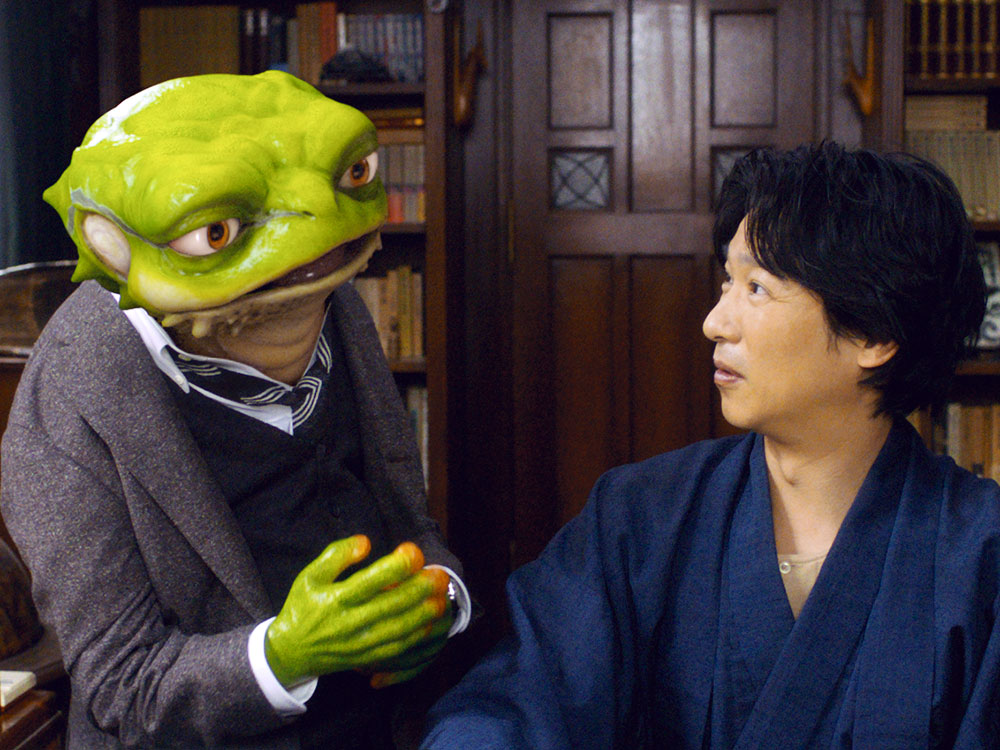 Spectacular live-action adaptation of a bestselling fantasy manga series set in old-town Kamakura. One morning, mystery writer Masakazu (Masato Sakai) wakes to find his new bride spirited away, prompting him to embark on an epic journey to bring her back. 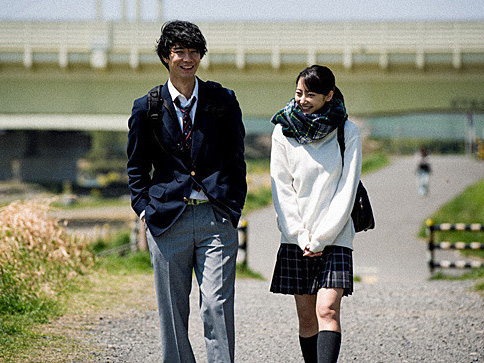 Based on a touching true story and viral sensation on Twitter. Freshly divorced dad (Toshimi Watanabe) faces a new micro challenge in the unfamiliar life as a single parent: preparing his teenage daughter’s daily lunchbox having never cooked a meal in his life. How will he get on? 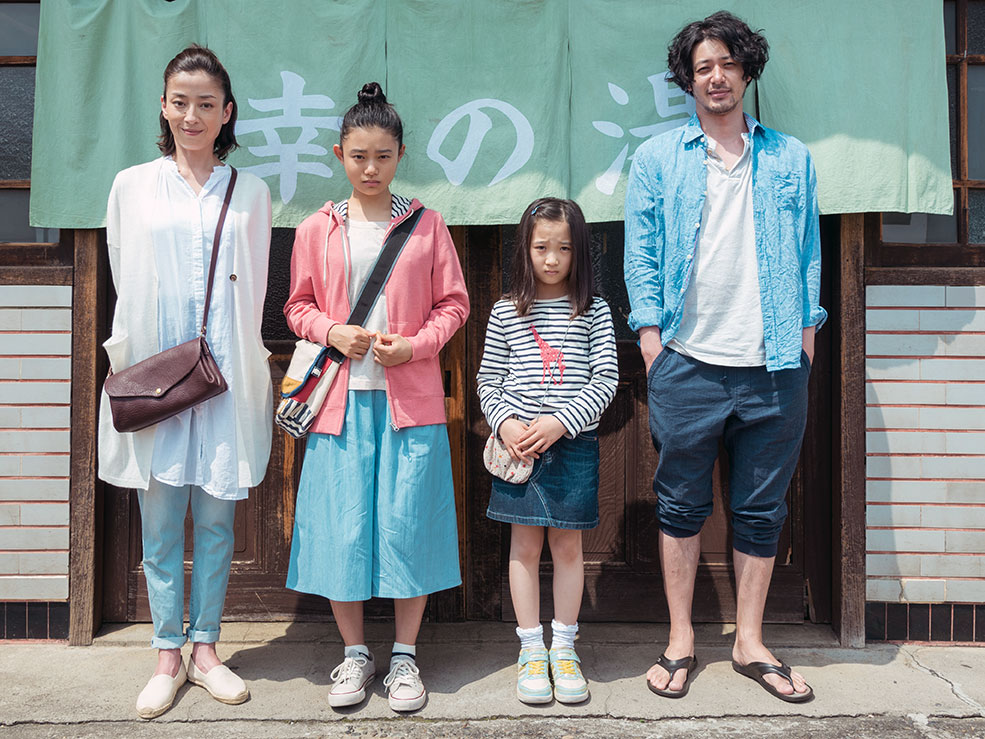 A mother’s love burns hot. Using a heartrending diagnosis as a catalyst, this internationally-acclaimed drama charts the race of a terminally ill woman (Rie Miyazawa) to mend her family in the time she has left. 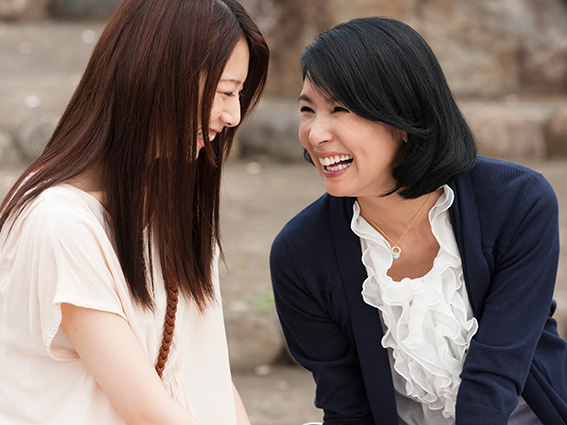 35 year old local council employee Kentaro (Gen Hoshino) is socially inept, leading a monotonous life and finding it hard to date. Desperate, his parents arrange a meeting between Kentaro and a beautiful woman, Naoko (Kaho). It is revealed she is blind. Will a tender romance bloom? 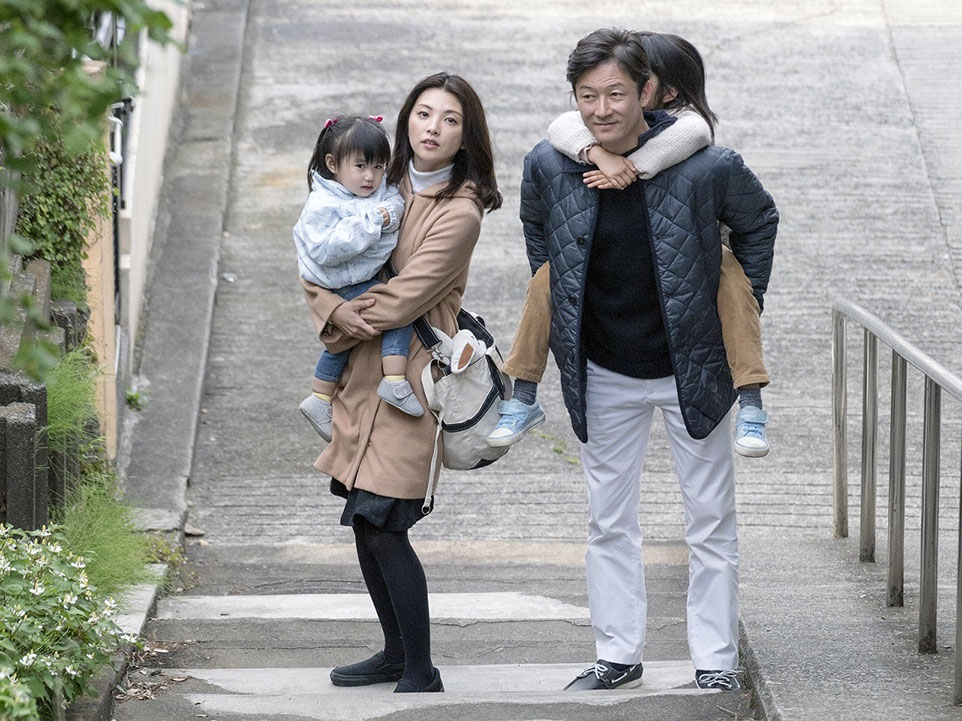 What does it take to attain the ideal of a united family? In this poignant drama, a 40 year old man (Tadanobu Asano) faces many trials in making his patchwork clan work: teenage angst of his new wife’s daughter; a new child on the way; a career in decline.. 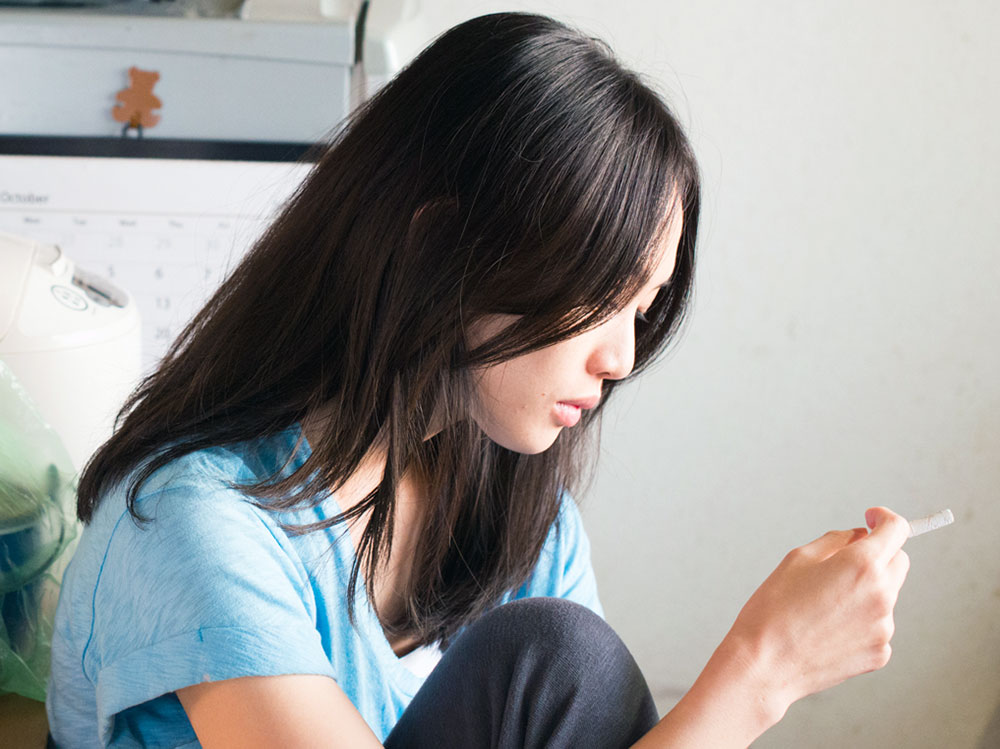 Tsuchida (Asami Usuda) works secretly at a host club to support her live-in boyfriend, Seiichi (Taiga), an uninspired and struggling musician. Just as her double life is about to be discovered, an old flame returns to Tsuchida’s life throwing her heart into disarray. Based on Kiriko Nananan’s epic comic illustrating a painful love story of sacrifice, irresoluteness and betrayal. 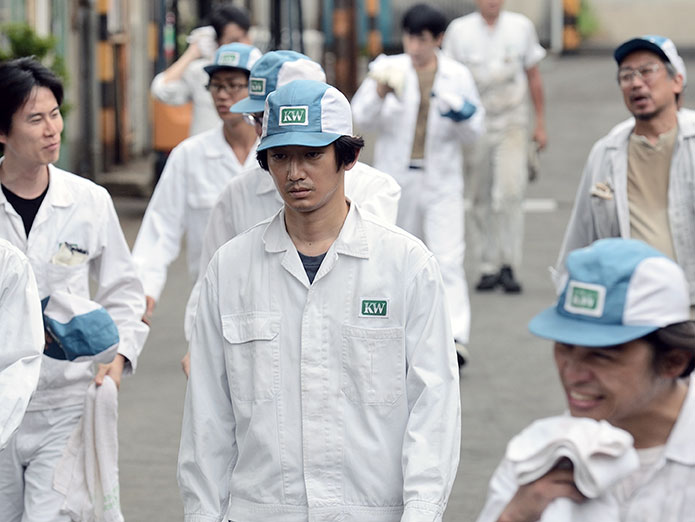 After one of his articles inadvertently causes a tragedy, a journalist (Toma Ikuta) resigns himself to a life of labour at a small factory. There he meets the recluse Suzuki (Eita); he soon begins to suspect the co-worker may have been responsible for a spate of child murders 17 years ago... 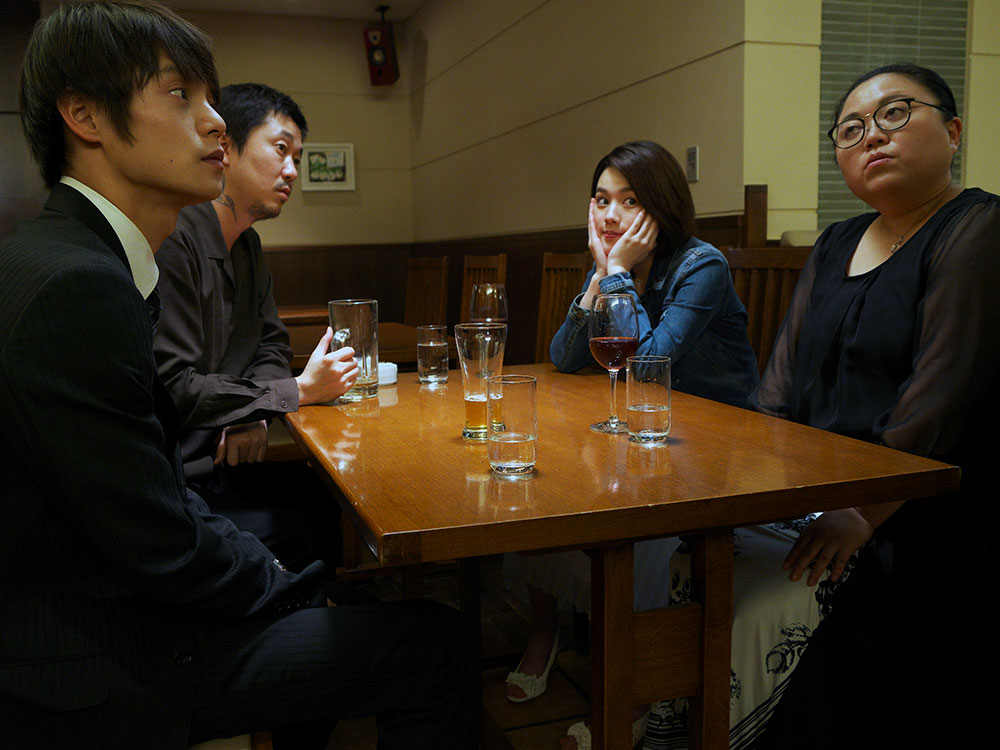 A straight-laced office worker, Kazunari (Masataka Kubota), is suddenly besieged by his jailbird brother, while a competent but unattractive shopkeeper, Yuriya (Keiko Enoue), stands always in the shadow of her pretty sister. A gripping drama exploring universally experienced sibling rivalry and the thin line between love and hate. 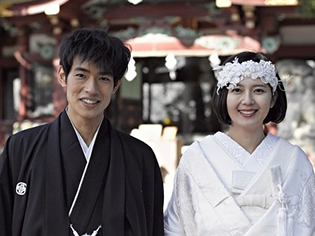 Midori (Akiko Kikuchi) and Masao (Ayumu Nakajima) consider breaking up as their relationship grows dull. Just then, Midori discovers she is pregnant and they feel obligated to stay together. While preparing for their shotgun wedding, vast differences in their upbringing arise. 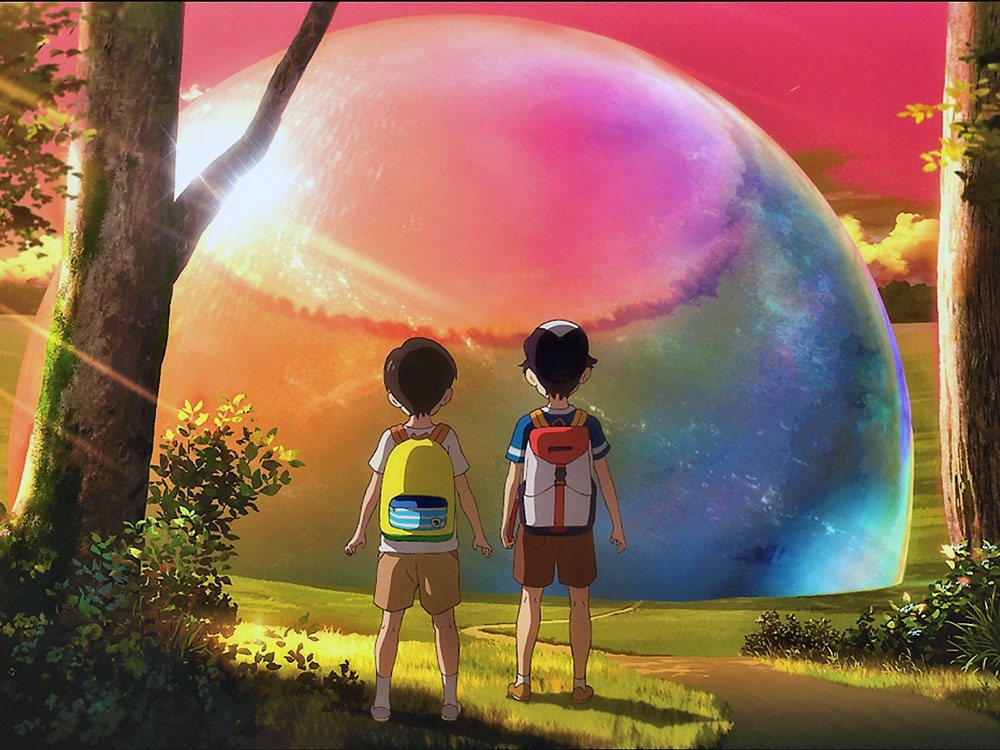 A fourth-grader, Aoyama, enlists his friends in a mission to investigate the sudden and puzzling influx of penguins in his village; a phenomenon which is somehow connected to the powers of Aoyama’s crush – a young woman working at a dental clinic. 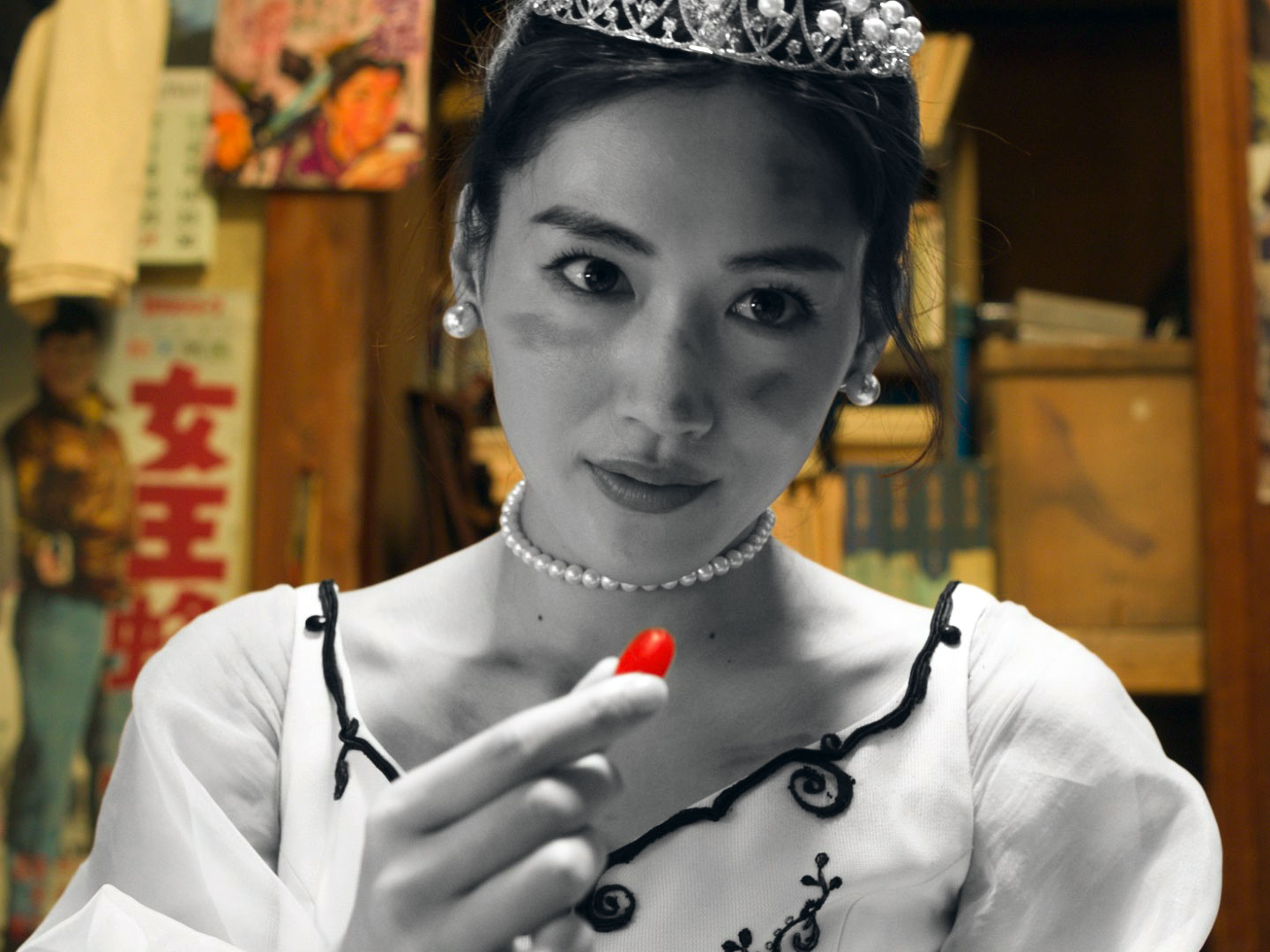 Set in the 60s, an aspiring director’s dreams materialise quite literally when he meets Princess Miyuki (Haruka Ayase) who magically steps off the screen one night, all in monochrome. Kenji (Kentaro Sakaguchi) cannot help falling in love with his fantasy girl but she has a secret... 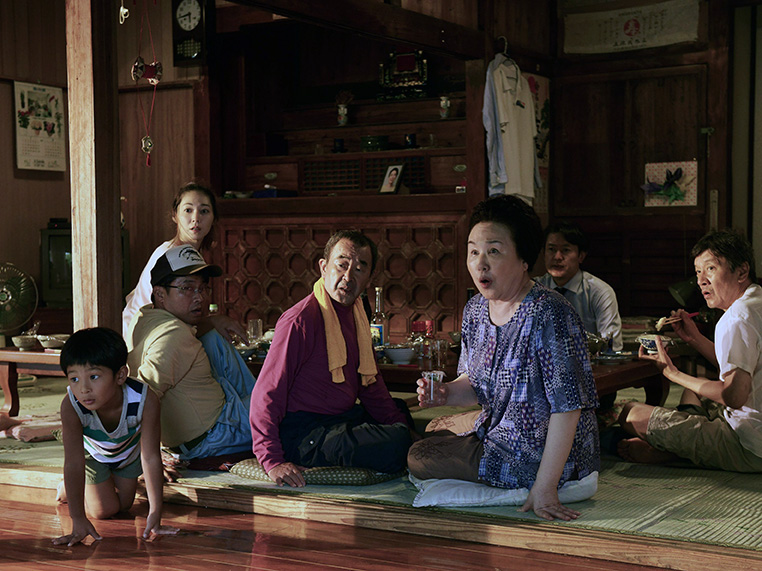 Family ties are pulled taut and frayed when the Shinjo clan comes together for the customary ritual of senkotsu, or ‘bone washing’, of their matriarch – an indigenous tradition in the remote island of Okinawa. A humorous exploration of one family’s connection with their ancestry. 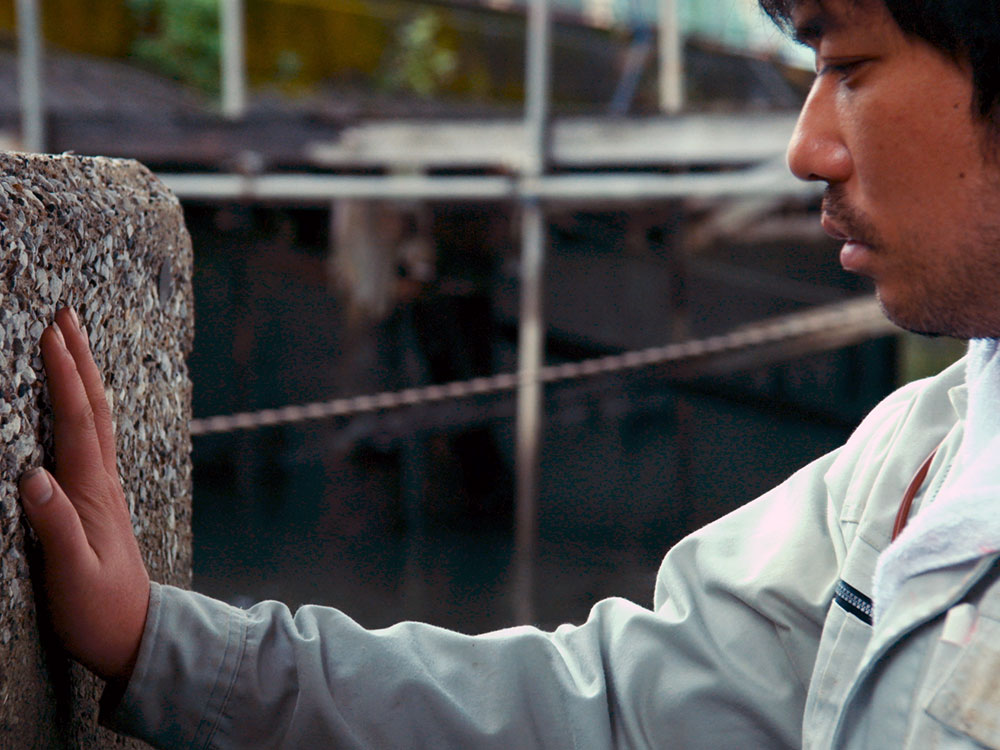 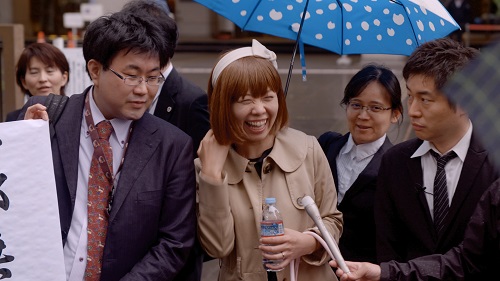 Fumi and Kazu are partners in love and law. Establishing Japan’s first law firm run by an openly gay couple, their plight to challenge the status quo of a superficially homogenous society by taking on cases of civil rights misconduct is laid bare in Hikaru Toda’s revealing documentary.