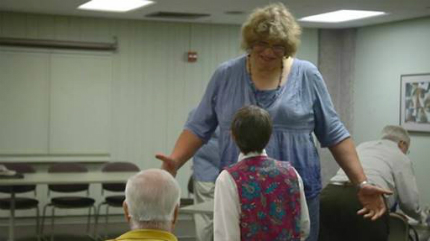 Given the current political climate in the U.S., and especially, having in mind the recent attention drawn to transgender rights issues, it's difficult to imagine a better time for Markie in Milwaukee to arrive. It will screen at the Slamdance Film Festival later this week.

Directed by Matt Kliegman, the documentary was "assembled from over 10 years of footage," according to the official synopsis. "Markie in Milwaukee tells the story of a Midwestern transgender woman as she struggles with the prospect of de-transitioning under the pressures of her fundamentalist church, family and community." The film's producers include Kliegman, Zac Stuart-Pontier, Morgan Whirledge, Larry Fessenden, and Andrew Moynehan.

We are proud to debut the trailer, which you can watch below. The film will screen at Slamdance on Saturday, January 26 and again on Tuesday, January 29.

Do you feel this content is inappropriate or infringes upon your rights? Click here to report it, or see our DMCA policy.
documentaryLarry FessendenMark WenzelMatt KliegmanMorgan Z WhirledgeSlamdance 2019Zac Stuart-Pontier