Review: PETTA, An Enjoyable Revenge Thriller That Plays To The Cheap Seats

Superstar Rajini returns to his roots in Karthik Subbaraj's PETTA 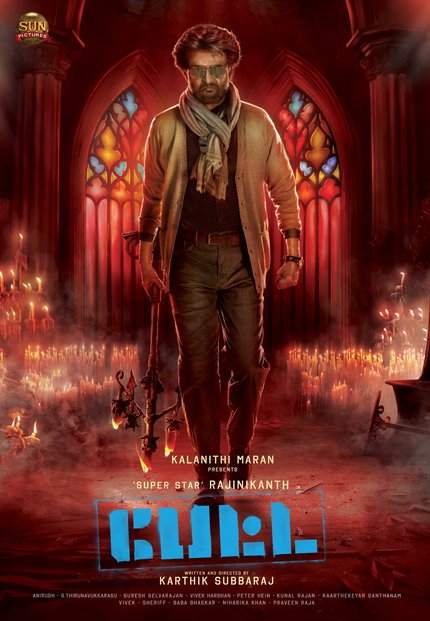 Rajinikanth, one of the biggest movie stars in Asia and the highest paid performer in India, is an enigma on screen. At age 68, he's appeared in over two hundred films in his forty year career, and over the last decade or so, it seems like filmmakers don't really know what to do with him anymore. This is largely due to the fact that in this time he's built a reputation as the ultimate superstar, a larger than life figure on screen who only knows how to do what is right, even if it means doing a little wrong along the way. Rajini is an ageless ideal to his fans, who have largely rejected recent films that have attempted to address his advancing age.

It's a conundrum. Rajinikanth the actor is 68, but Rajinikanth the superstar is forever. Fans seem unwilling to accept anything other than the over the top superhero on screen, which places a tremendous burden on Rajini to somehow progress without changing, an impossible challenge to which no filmmaker yet has been able to rise. Even when he dials down the superstar and dials up the actor, he leaves someone behind.

Some of his most compelling performances have come at the behest of director Pa. Ranjith, whose Kabali and Kaala were quality films that were rejected by the diehards. In those films, Rajinikanth played patriarchal characters attempting to settle into their golden years, which necessarily restricted the amount of hardcore "Rajinisms" the superstar was able to display, leaving those who'd paid their rupees at the cinema to forget their lives and pray to their own God feeling disappointed. While he was never in danger of losing his star status, Rajinikanth has has been flirting with box office insignificance for some time, which brings us to Petta.

Following the commercial disappointments of Kabali and Kaala (and Lingaa, and Kochadaiyaan), producers have been trying to solve the problem and capitalize on Rajini's eternal superstar status, but apart from Shankar's sci-fi FX juggernaut 2.0, it's been a tough nut to crack. Sun Pictures, the production company behind Rajini's international break through, Enthiran, seems to have cracked the code, though.

Producer Kalanithi Maran hired Karthik Subbaraj, the Tamil filmmaking boy wonder behind critical hits like Pizza and Jigarthanda to make Petta, and all is right with the world. An admitted Rajinikanth superfan, Subbaraj is the perfect choice to reinvigorate the Rajini mania that the box office has been hungry for, because he is the front bench fan for whom this film is made. A director who understands the star, combined with an all-star supporting cast and crew, means that Petta is exactly what the Superstar's following has been yearning for, and it pays off in spades.

The story of a college hostel warden with a complicated past, Petta is full Rajinikanth masala flavor on display. He's a bad boy and a badass, but never a bad guy. He's the kind of character who will tell you that he's in the mood to kill with a smile on his face, and have the audience firmly in his corner at the same time. The kind of character who deflects any kind of deference but nevertheless commands a crowd with an enviable ease, Rajinikanth's performance is perfectly pitched for the masala loving masses.

A film of frequent dizzying twists, double crosses, and punchy dialogue, Petta does what it says on the tin. It's a full on entertainer, packed from stem to stern with boisterous music, adrenaline pumping action, and antihero-centric wish fulfillment sure to get fans out of their seats. Gone is the burden of sincere political commentary, back is the exploitation of current political turmoil for the sake of creating excitement. The film acknowledges current political tensions without an eye toward solving them, simply building upon the reality of present day India to tell an exciting story with plenty of chances to hoot and holler for our favorite hero.

This is the Rajinikanth show, and everyone knows it. However, an eye-popping supporting cast helps to push him from one climax to the next with aplomb. Hindi film star Nawazuddin Siddiqui (Gangs of Wasseypur, Psycho Raman) makes his (dubbed) Tamil film debut as a villain, and he is supported by Vijay Sethupathi, a Tamil industry star who got his big break in Subbaraj's debut feature, Pizza. Even the largely throw-away love interests played by Simran and Trisha Krishnan, get their moments to charm, and all of that is just in front of the camera.

Petta is not only a feast for spectacle starved Rajinikanth fans in terms of mass moments, it is also the most stylishly mounted Rajini film in at least a decade, thanks to an impressive crew. The lush photography by S. Tirru (Aalavandhan, Hey Ram, 24) is very impressive, as he fills every frame with detail and presents a fiery palette of oranges and reds that makes the film feel as though it's going to burst from the screen an any moment. The songs from Anirudh Ravichander bring a vivacity to the film that emphasizes Rajini's timelessness and the choreography by Baba Bhaskar (Ullaallaa) and Sheriff (Marana Mass) is perfectly pitched for Rajinikanth's signature dance style. It's a festival for fans who feel as though they've walked through a desert for the last decade, looking for an oasis to slake their thirst for Rajini's magic.

Petta is great fun, playing almost like a greatest hits for fans of the Superstar's career. Rarely does five minutes pass in the film without some image or scene to excite those in the know. Petta borrows plot points, stories, themes, and moments from films all across Rajini's oeuvre. With nods to superhits like 1991's Mani Ratnam film Thalapathi and 1994's Baasha, to lower-brow potboilers like 1983's Paayum Puli and 1987's Manithan, there's something for everyone. And while these moments may remind fans of these earlier moments, they don't seem like lazy recreations, but reimaginings of the things that made India fall in love with this charismatic bus conductor from Bangalore in the first place.

For film fans unfamiliar with Rajinikanth or his work outside of the viral clips birthed by Enthiran and 2.0, not all of the jokes or references will land, but the film still entertains. A classic, broad tale of revenge, long lost family, and loved ones lost, Petta isn't particularly innovative in its plotting, but the execution and fidelity to its raison d'être make it well worth a viewing. Not to mention getting to see a grinning 68-year-old man in a fabulous toupee with a paunch kick some serious ass with a pair of nunchakus.

Petta is one for the fans, and this fan is happy.