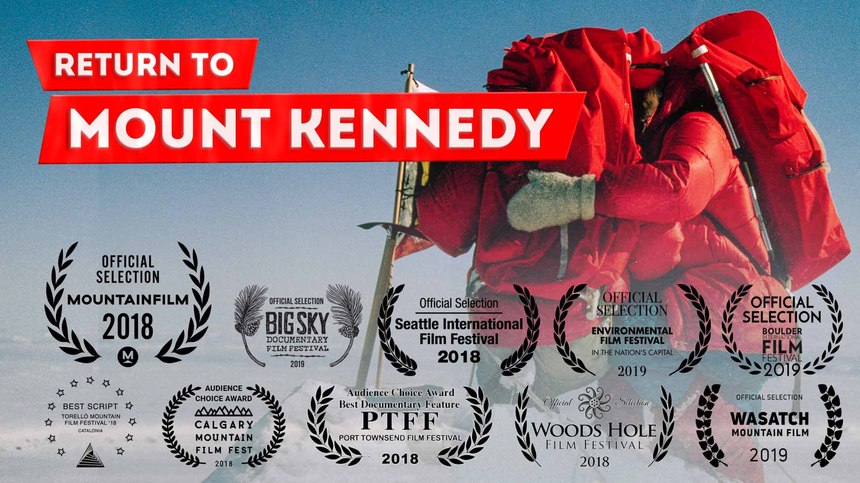 The new documentary "Return to Mount Kennedy" is among five finalists for the Big Sky Award at the 2019 Big Sky Film Festival in Missoula, Montana. The film makes its Montana premiere on February 20th, with director Eric Becker in attendance.

The film is in excellent company--the other four finalists are "Barstow California," by Rainer Komers; "The Blessing," from Hunter Robert Baker and Jordan Fein; "Fire on the Hill: Cowboys of South Central LA," by Brett Fallentine; and "Stars in the Sky: A Hunting Story," from Steven Rinella.

In 1965, Robert Kennedy was the first man to summit Mount Kennedy in the Yukon Territory, named in honor of his late brother. Leading that expedition was Jim Whitaker, the first American to summit Everest and original fulltime employee of REI. 50 years later, Jim's sons Bob and Leif, along with Christopher Kennedy, decide to climb the mountain again in honor of their fathers' joint accomplishment and unique friendship. Seattle-based filmmaker Eric Becker's touching documentary combines archival footage—including several Kennedy home movies—with interviews from Jim himself and those who knew them best as we follow three sons and the journey literally in their fathers' footsteps.

Do you feel this content is inappropriate or infringes upon your rights? Click here to report it, or see our DMCA policy.
adventureawardsbig skydocumentaryeddie veddermountaineeringpearl jam