THE MAGICAL MYSTERY OF MUSIGNY: Enjoy an Exclusive Clip on Burgundy 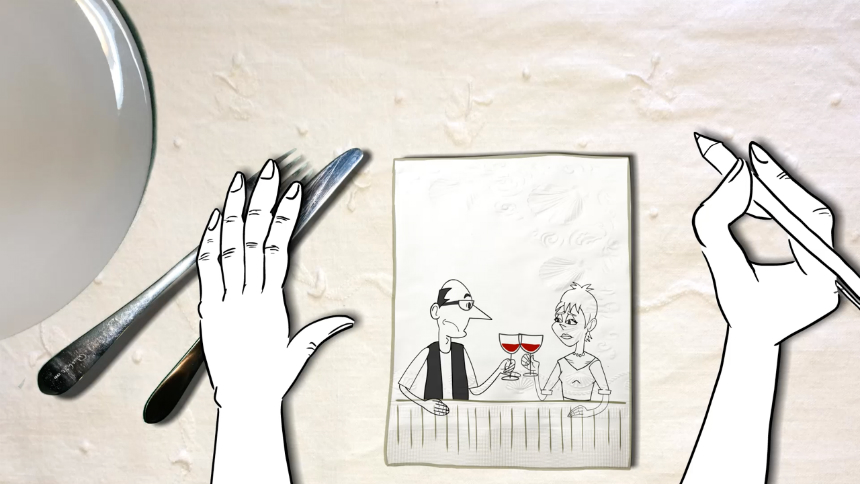 Sometimes, especially during the stressful holiday season, it can be very relaxing to stop what you're doing, sit down, relax and enjoy a lovely glass of ... animated film.

Written and directed by John Meyer and animated by Emmett Goodman, The Magical Mystery of Musigny is a short film in which "John discovers the power of Burgundy, but has a hard time convincing his wife. Until one day..."

We have a delightful clip from the film, which was recently awarded Best Story at the Los Angeles Animation Festival. Meyer is a songwriter turned special comedy material creator, with credits that include memoirs, musicals, a film (1984's Not For Publication) and television (Steven Spielberg's Amazing Stories). Goodman's experience embraces music videos, web shorts, and short films. 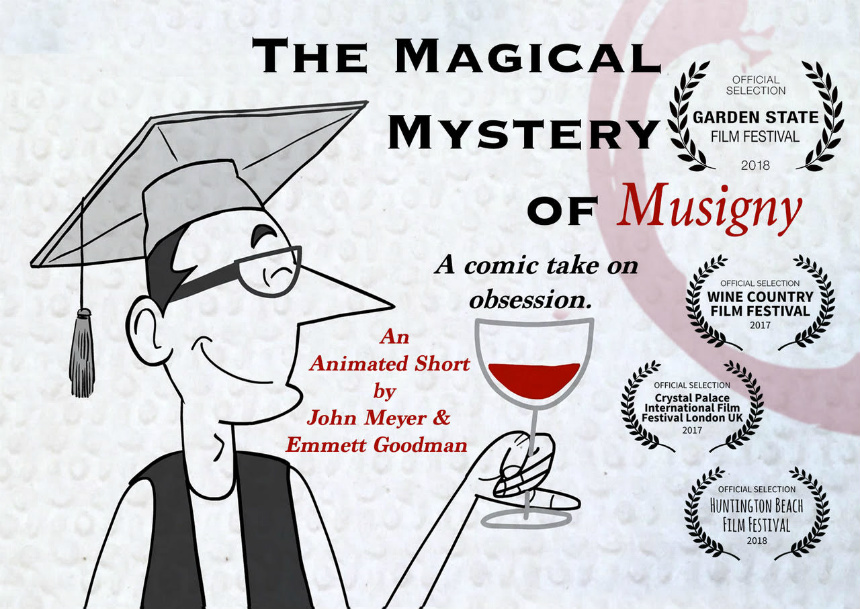 Do you feel this content is inappropriate or infringes upon your rights? Click here to report it, or see our DMCA policy.
animationEmmett GordonJohn Meyershort film