Criterion in March 2019: I WANNA HOLD YOUR HAND, Plus Weird and Wrenching Indies 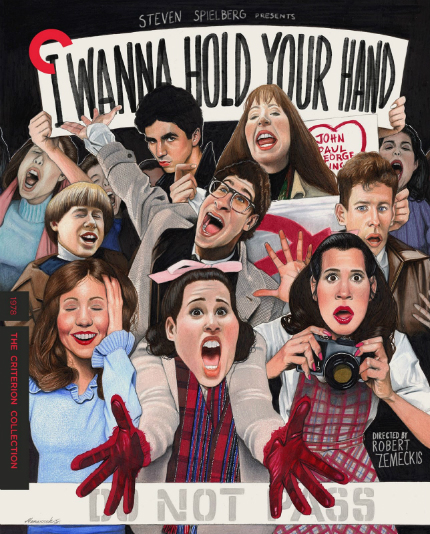 Among the Criterion Collection's home video offerings in March 2019, the most familiar to mainstream audiences may be I Wanna Hold Your Hand, directed by Robert Zemeckis and written by Zemeckis and Bob Gale.

As a devotee of 70s cinema who lived in that era, I'm here to tell you: no one who was young and wanted to be cool wanted to see a movie about Beatles nostalgia in 1978, not me, nor any of my friends. We weren't cool, but The Beatles belonged to an older generation. We were inundated by Beatlemania, the success of the 1977 Broadway stage musical generated productions that toured in Los Angeles and other cities, and I was sick to death of hearing about the supposed greatness of their music amid continuing pleas for their reunion, which all came crashing down with the murder of John Lennon in 1980.

So: I skipped I Wanna Hold Your Hand at the time, but eventually saw it and realized it was the film equivalent of a less-familiar Beatles song, the kind that isn't immediately catchy but eventually worms its way into your head through sheer repetition. And, yeah, sweet, insightful, better-made and far more than a nostalgia trip. It came before Used Cars, by the way, which is part of the reason why the latter seemed so shocking at the time: I thought the Zemeckis/Gale boys were nice boys, and now this?

Criterion's edition features a new 4K digital restoration, approved by Zemeckis and Gale, along with a new conversation with the boys and Steven Spielberg, who served as executive producer. Nancy Allen and Marc McClure are featured in a new interview; two of Zemeckis' early shorts are also included, along with the usual range of extras.

Visit Criterion's official site for more details about each title. And start saving your pennies.

More about I Wanna Hold Your Hand