Review: THE CLOVEHITCH KILLER Ties a Son in Knots

Charlie Plummer and Dylan McDermott play father and son; one may be a serial killer. Duncan Skiles directed. 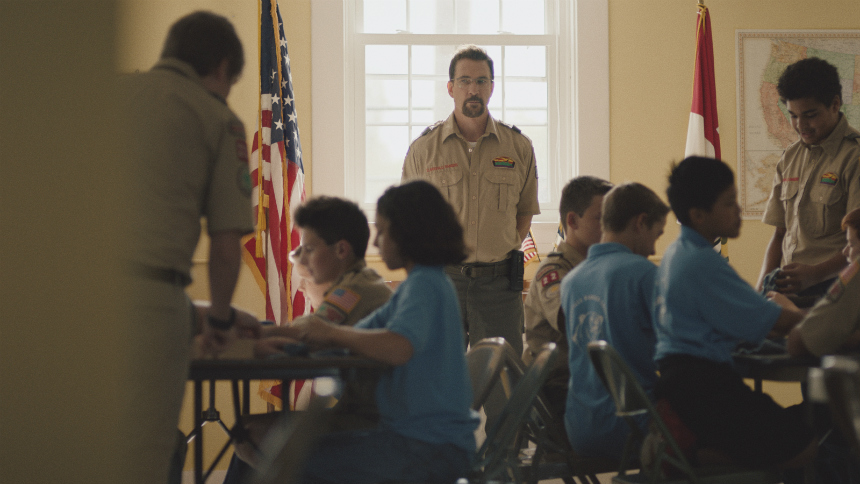 Deep in the heart of Kentucky, a serial killer lurks in a small community.

The neighborhood appears to be a placid oasis of Caucasian peace and quiet. No one is too poor and no one is too rich; they all just get along. They are church-going folks; they mow their lawns and tend to their own business. Indeed, were it not for the very long shadow cast by a serial killer's unsolved reign some ten years before, the town might be considered picture perfect by its unremarkable, unquestioning residents.

Then a fumbled dalliance in the front seat of a pickup truck unseals a can of worms.

Late one evening, teenage Tyler (Charlie Plummer) improbably finds himself the object of a crush's first move. Having surreptitiously borrowed his father's truck, Tyler tries to pass it off as his own to impress his worldly date. She just wants to make out, while the naive Tyler has no idea what to do. When she, by chance, discovers a Polaroid of a tied-up, brutalized woman under the seat, she naturally assumes it's evidence that Tyler is a pervert, at the very least.

Caught in a lie, Tyler is dismayed to learn that his reputation has been shattered by the next day. (Hey, it's a small town.) His supposed best friend, the self-righteous Billy (Lance Chantiles-Wertz), immediately distances himself. That, and the disturbing puzzle of the Polaroid in his father's truck, leaves Tyler susceptible to his curiosity about a young woman who has been hovering nearby.

It turns out that Kassi (Madison Beaty) is obsessed with the old serial killer case, and for very good reason. When Tyler shows her the Polaroid, she seizes upon it as evidence that the serial killer still lurks in their small town, secretly yet inevitably seeking out new, murderous opportunities. 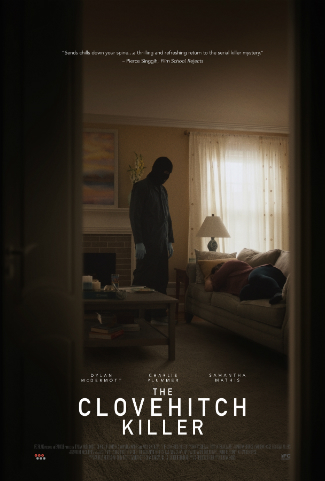 Writer Christopher Ford has previously earned credits for the lightly comic Robot & Frank, grueling horror flick Clown, and crime thriller Cop Car. (He was also one of six writers credited on Spider-Man: Homecoming.) But The Clovehitch Killer forges its own distinctive path as a quiet, almost gentle psychological drama.

In large measure, that's because Tyler is a kid who's overwhelmed by the possibility that it's his father who is the killer. It's a difficult concept for him to consider. His father Don (Dylan McDermott) is a kinda goofy guy, happily married to Cindy (Samantha Mathis), who is herself a loving, devoted wife and mother. Don is a warm and affectionate man, doting on his daughter Susie (Brenna Sherman) and always supporting Tyler.

Of course, once Tyler sees the evidence that Kassi has compiled, and listens to her arguments, he comes to his own conclusion, and then must decide what to do about it. He's an introverted loner himself, actually, more the personality type that fits a serial killer in the popular imagination than his father, who smiles easily and gets along with everyone.

Director Duncan Skiles, who previously worked with writer Christopher Ford on the comic TV show The Fuzz, exercises a great deal of restraint. The shots are carefully composed, often framing the action to reinforce the suburban setting, as well as the isolation that Tyler must feel. Kassi acts more like a protagonist than he does, taking action in a much bolder manner than Tyler, and fitting the role of hero more neatly.

The story, however, remains firmly centered on the relationship between a loving father and son. Charlie Plummer imbues Tyler with a deep sense of resolve, even though it's covered up by mounds of fear, apprehension, and negative thinking; Dylan McDermott captures Don's outward confidence and kindness, while occasionally suggesting that something unsavory lives deep within his soul.

Like all fathers and sons, Tyler and Don will eventually separate from each other. The terms of their separation, however, are very much in question.

The film opens in select theaters and on VOD and Digital HD on Friday, November 16, via IFC Midnight.

Do you feel this content is inappropriate or infringes upon your rights? Click here to report it, or see our DMCA policy.
Charlie PlummerDuncan SkilesDylan McDermottMadison BeatySamatha Mathis