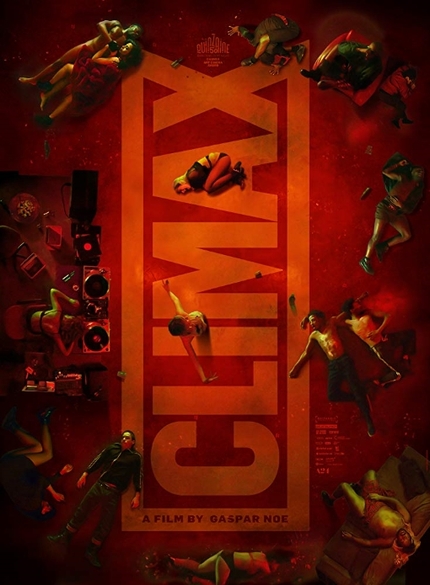 While it's not what I would call surprising to hear of films being banned in the Middle East it is still frustrating and concerning to hear that the Maskoon Film Festival in Lebanon - a recently joined member of the European Federation Of Fantastic Film Festivals - has had their lineup for this years festival hit with a pair of bans handed down by the Lebanese government. Gaspar Noe's most recent feature Climax has been blocked from screening as has local short film Nocturnal Deconstruction by director Laura El Alam.

The EFFF has issued the following statement in support of the festival:

The EFFFF speaks out against censorship and in support of Maskoon

It is with great concern that the European Fantastic Film Festivals Federation (EFFFF) has learnt that our member festival Maskoon in Beirut has been hit by censorship during its current edition. The Federation strongly opposes censorship of any kind and supports the Maskoon festival in screening the full diversity of fantastic films from across the globe.

On the opening night of the festival, it appeared that two films have been banned from the festival programme: Lebanese short film Nocturnal Deconstruction from director Laura El Alam and Gaspar Noé’s Climax.
The latter was banned for “indecent and obscene scenes that constitute an infringement of public modesty”, the short because “it links drug abuse and sexuality”.

The EFFFF and all its 24 member festivals stand for artistic and cultural freedom and diversity, and the exploration of every aspect of life and society. In fantastic cinema, the imagination takes centre stage, exploring future society and other worlds while also exploring the unthinkable within our won world. We believe there should be no limits to the imagination and no boundaries to showing its art.

Maskoon recently joined the EFFFF and we have great respect for the work they do, bringing a high quality programme to Beirut and establishing the only festival of its kind in the Middle East. Furthermore, Maskoon deserves all praise for the support they give to the local filmmaking community.

The Federation opposes every kind of censorship, but is especially taken aback by the two films that have been hit. After its award in Cannes and elsewhere, Climax was recently awarded the Méliès d’or for the best European fantastic film of 2018. It has been hailed as one of the great films of the year and its artistic value goes way beyond its controversial subject matter.

The ban of Nocturnal Destruction is especially saddening as it hits the emerging production of fantastic film in Lebanon itself. From the onset, Maskoon has strongly supported Lebanese filmmakers, encouraging to take on fantastic genres in their filmmaking. That it is now local talent that cannot show their film is a painful irony.

We send out our strong support to everyone at Maskoon and join them where possible in their stance against censorship and any limitation of artistic freedom.

On behalf of all members, The EFFFF Board,