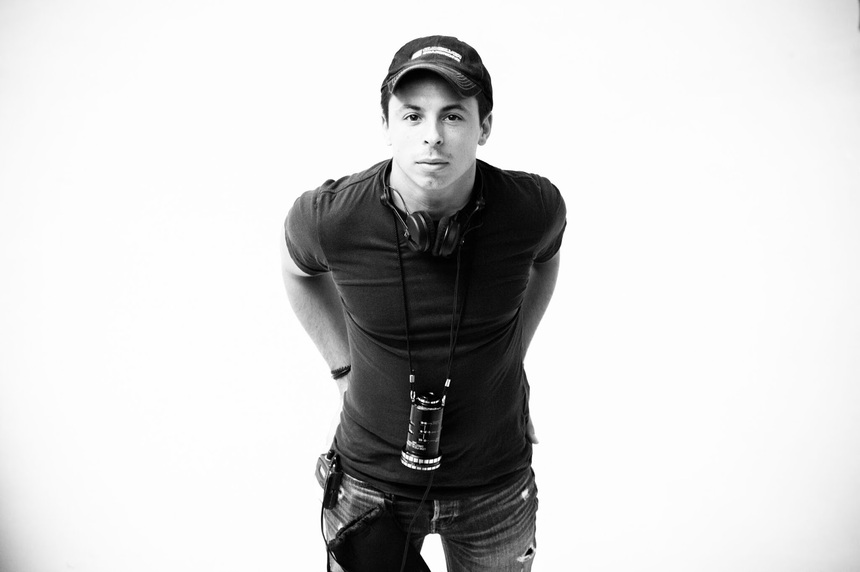 Mathieu Turi's debut feature may have just released yesterday from Sony Pictures, but he's far from a newbie. In fact, the French director has been working behind the scenes of many huge franchise films for years, including G.I. Joe, Tarantino's Inglorious Basterds and Guy Ritchie's Sherlock Holmes films, to name a few.

But after years of being assistant to the assistant, Turi knew he needed to make the leap into directing his own material and so took the plunge after meeting producer Xavier Gens (The Divide, Hitman). He pitched a few ideas and Hostile, a post-apocalyptic chamber piece of sorts, won out for its high-concept and low budget, and he was quickly off to the races.

I had the chance to speak with Turi about his new film, making genre films in France, and all kind of other odds and ends.

Christopher Webster: You live in Paris, but work on all these big Hollywood movies. What was your journey into Hollywood?

I was living in Cannes when, at 18 years old, I decided to move to Paris to get involved in the film industry. It's a small industry in France and is all concentrated around Paris.

I was in film school and received a call from a friend of mine who said, "I have a job, I don't know what it is, but I can't do it. Can you do it?" The title of the film was a secret title, so we didn't know it was actually G.I. Joe. It was a set production assistant job - basically I brought coffee - but it was just about being on set.

For the next couple years I worked on 10 or 15 big, big Hollywood movies through this French production house. But I really wanted to direct movies. I really needed to choose whether I would stop working on movies like this and direct my own movies.

Is France friendly to directors of genre films like Hostile?

The French movie industry is very powerful but it's mainly focused on comedies for the simple reason that it's mostly financed by TV companies. French TV is free, so it has to have programs it can show to people at 8 and they don't want to finance violent films because they won't be able to air them.

So, it's tricky if you want to produce genre films like Hostile or all the films that cross the borders like Frontiers or Aja's Haute Tension. It's very hard to finance those kinds of movies. Maybe two a year are produced.

There are some crazy producers with balls who just want to produce those kinds of movies because they grew up loving Jaws or The Thing or Alien.

HOSTILE is an intimate story, set in the apocalypse, that focuses on one character who has multiple flashbacks reflecting on her life prior to the end of the world. What inspired you to tell this story? I definitely sense an I AM LEGEND vibe...

When I was writing the film I knew I had to have a complete backstory for the main character. Not just a flashback or two, but a true backstory. And when I started writing I didn't want to lose any of it, so I got the idea to try to do a 50/50 split.

Like a weird hybrid, a mutant, like the creatures in the film. "I am Legend" the book is the main reference for the film, so it's interesting you caught that. I like all three adaptations, the last one was cool, but I think the book is a masterpiece that has never been properly adapted. I really want to see the del Toro version that we'll never get to see!

Another big reference was The Last of Us, the video game, which I love. Empire called it "the Citizen Kane of video games" and that's just it.

The flashbacks could definitely be jarring for viewers who aren't expecting it, but once you get to the end you do feel it was all in service of something larger. A larger idea. Did you have the ending in mind the whole time, or did that come during the writing process?

After the first pass at the flashbacks I was like, "okay, so what am I trying to tell with these flashbacks?" I didn't want to do a movie where flashbacks explain what happened to the world. So, what do I want to tell? Backstory, but why? What's the justification?

Then one night I finally got the idea and I knew it was risky. After screenings some people love it, some people hate it, but I love that kind of commentary: "I loved your movie, but I HATED the end". I like that. That's okay.

If you went with a more generic, or safer ending, people may have just shrugged their shoulders. Making a bolder choice, maybe this movie will stay with them whether they liked it or not. It reminded me of a great episode of THE TWILIGHT ZONE where it tells a very contained story and is very focused on the main characters. I was taken aback by the ending as well but, given some space, I thought it was the right move.

I think as a writer you have to take that kind of risk if you want to be true to yourself. It's not about how the audience will react to an idea. It's very important to put yourself in the shoes of the audience when creating a scene, but when it comes to the theme of the movie, you have to stay true to what you want to do.

And Xavier was always on board with the ending. He said it was the ending that made him want to do it because it was different.

I want to give a quick shout-out to the creature FX. They look practical and performance-based. Was that intentional, or down to the budget?

Yes, it's all practical. The only CGI we had was some adjustment on the makeup. The creature was actually played by Javier Botet, very famous for [REC] and he played a lot of monsters for Guillermo del Toro like Crimson Peak. I always wanted to work with him.

It looks like your next film, MEANDER, is well under way. It appears to have a CUBE vibe to it.

I can tell you it won't be a flashback movie. It's going to start from the same intention at Cube or Saw but the inspiration actually comes from Lovecraft, so it goes much deeper and gets really weird. That's all I can say for now.

Good point and a good place to end. Thanks, Mathieu.

You bet. Thanks, Chris.