Lima 2018 Review: ROBAR A RODIN, Trolling People Like A Boss 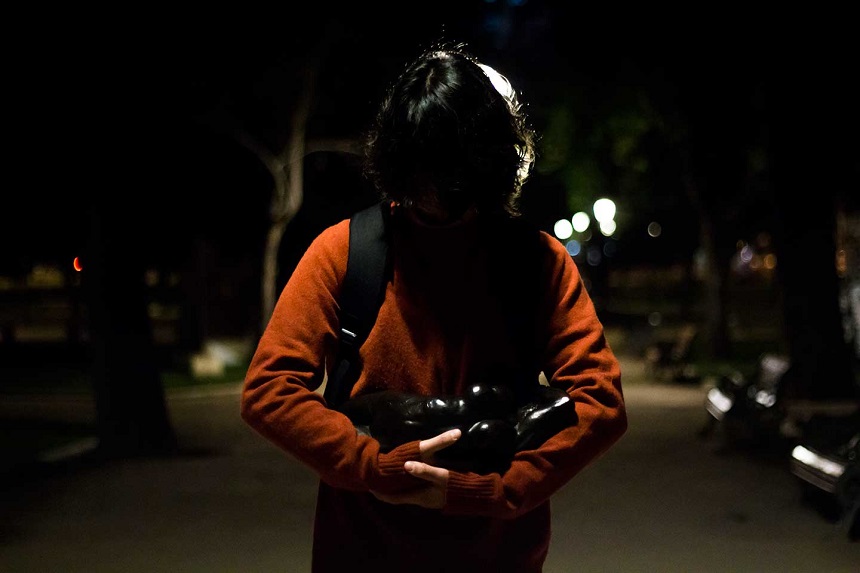 In July 2005, a valuable sculpture by Auguste Rodin was stolen from an exhibition in the Chilean National Museum of Fine Arts in Santiago. Robar a Rodin (Stealing Rodin), a documentary from Cristóbal Valenzuela Berríos, chronicles the events as the theft, thought impossible, hit the headlines and authorities desperately tried to avoid becoming an international embarrassment.

Eventually, the culprit was found and the sculpture was recovered unharmed. Everyone expected a Danny Ocean-style master thief, and instead they got 20-year-old Luis Emilio Onfray Fabres, a slacker art student who had supposedly just stumbled into the priceless piece while visiting the museum and took it on a whim. And once this supposed criminal mastermind is introduced, the true genius behind Berríos’ documentary becomes apparent. This entire story -- one of those I-can’t-believe-this-actually-happened yarns -- could very well be the best trolling of all time.

Fabres’ excuse – after lugging around the sculpture in his backpack for days, seemingly not knowing what it was worth – was that the theft was part of an elaborate project, meant to make people reassess the value they place on art and the significance said art holds for society in general. And this film seems to be making the same point: what exactly is “art”? Of course, it’s completely subjective.

Cue the talking heads: the art scholars, politicians and assorted intellectuals that Berríos interviews scramble to make sense out of the theft, to ascribe some sort of deep meaning to Fabres’ “manifesto” (a Bible-sized document no one seems to be able to make heads or tails of) as a one-of-a-kind important artistic statement. What these talking heads don’t realize is that Fabres could very well have made everything up as a prank, making them all look like pretentious idiots in the process. Insert trollface meme.

Much in the same way that everyone came up with a myriad of interpretations for mother! when it was released – when there was a good chance Aronofsky made it while high off his ass and probably couldn’t explain it properly if he tried – you’ve got a whole host of smart people trying to find a deep explanation for what looks and sounds a lot like a shaggy dog story. Maybe there was no deep meaning here, maybe this was all just a random occurrence, a kid just goofing around. And considering the fallout of this randomness, both Fabres and this documentary end up proving their point.

As mentioned at one point, society looks to art to feel validated, so its members can feel intellectually fulfilled and sometimes even superior. The fact that this theft could be meaningless doesn’t matter if some kind of deeper significance can be found.  This comes off as a takedown of those artsy intellectual types who are quick to attach deep meaning to any piece of “art” they encounter. It can even include a certain type of film festival audience who believes the films they watch to be much more significant only by virtue of being part of a festival slate (when others would say they're just, you know, movies).

But then again, art is subjective. And where one sees “art” with meaning, others won’t. Robar a Rodin can either be a hilarious, off the wall tall tale meant to mercilessly troll its audience, or it can be an important statement on the nature of art and our relationship to it. Your mileage may vary, but this is definitely one of the most ingenious documentaries to come along in a while.

The Lima Film Festival wraps up on 11 August.

Do you feel this content is inappropriate or infringes upon your rights? Click here to report it, or see our DMCA policy.
Cristobal Valenzuela BerriosLima Film FestivalRobar a RodinStealing Rodin