Russian filmmaker Ivan I. Tverdovsky criticizes the Russian system in a coming-of-age drama with a superhero bent. 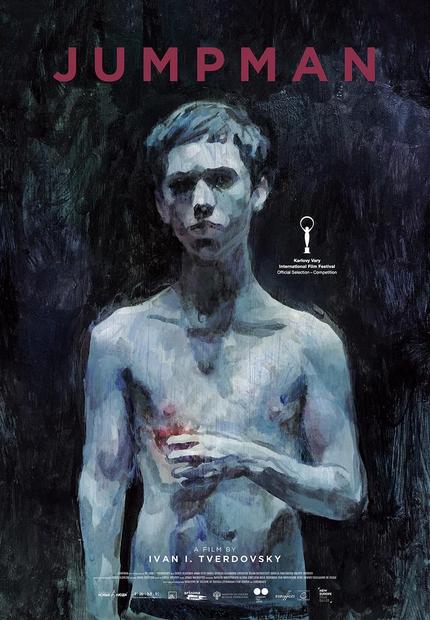 Young Russian talent Ivan I. Tverdovsky returned to Karlovy Vary to unveil his third feature-length effort Jumpman as a world premiere. After the oddball coming-of-middle-age fable Zoology, Tverdovsky returns to the young generation and their place in current Russian society.

Jumpman opens with a child-abandonment scene in a long shot as an anonymous mother leaves a baby in a box. Fast-forwarding sixteen years, Dennis lives in the orphanage and is the center of attention among his peers.

What looks like a hazing ritual, wrapping hoses around his naked body and almost squeezing the life out of him, actually allows him to exercise his physical advantage, a rare disease: a congenital analgesia that enables him to withstand excessive pain. Similar to Kornél Mundruczó's Jupiter's Moon, Tverdovsky bends superhero conventions to a socially- and politically-charged drama.

At this moment of his life comes the moment when he is reunited with his young mother, wild Oksana who helps him to escape the orphanage for a supposedly better life in society.

Tverdovsky lays out all the crucial information about the protagonist and his mother to arrive at the crucial scene the film's title has been derived from. Dennis, in the dead of night, crouches among parked cars on the road only to jump on an arriving car, causing a grotesque-looking accident. Cue congenital analgesia.

What follows is an elaborate scheme reaching to the upper echelon of the Russian judicial system, a rigged trial for victims unwilling to pay a hefty amount of money to avoid humiliating legal proceedings. The scam targets wealthier citizens or those susceptible to be politically leveraged, making Jumpman an open critique of the Putin's corrupt Russia.

Tverdovsky balances Dennis's night job with scenes of family idyll when his mother, Oksana, attempts to make amends for lost time and repair the parental bond. Not manifesting any maternal tendencies, she is apparently unversed in the art of raising a child and her physical expressions of motherly love tend to verge on the incestual. When in their apartment, she routinely moves around him in sexy underwear.

Jumpman remains, in essence, a coming-of-age story as Dennis soon learns the cold, hard fact of life that, despite his gift and exceptionality in the close isolated community of an orphanage, out in the wilds of society he is an expendable nobody.

The parallel scamming plotline could serve as a hyperbole towards the rotten system, however,  given the actual situation in Russia and systematic liquidation of opposition or basically anybody who has fallen out of favor, it loses every ounce of satirical power to become another cold-hearted fact of life.

Despite several bumps, Tverdovsky does not torture his protagonist in a cruel fashion of a social drama, such as Yuri Bykov in Fool (read review), but retains the uplifting mood of a teenage coming-of-age movie, shy of any apocalyptic prophecies eventually prevailing over family and state dysfunctionality.

Without escalating the drama and fixing more on the protagonist rather than the system, the most memorable scene turns out to be Dennis' fulfillment of yearning for his mother's acceptance, which he receives from a drunken Oksana while holding her as she takes a leak in a public place; the writer-director deflects the bleak expectations of predictability.

Do you feel this content is inappropriate or infringes upon your rights? Click here to report it, or see our DMCA policy.
Ivan I. TverdovskyJumpmanKarlovy Vary 2018Karlovy Vary International Film FestivalRussia