Fantasia 2018 Review: Miike's LAPLACE'S WITCH Is A Bit Of A Slog 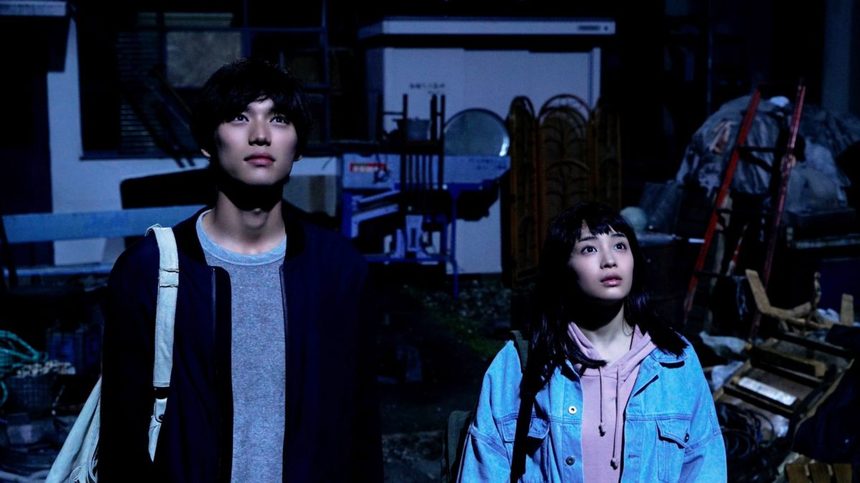 The concept of Laplace's Demon states that, "if someone (the Demon) knows the precise location and momentum of every atom in the universe, their past and future values for any given time are entailed; they can be calculated from the laws of classical mechanics." This concept hasn't really been explored to any notable extent in cinema just yet, but legendary director Miike Takashi takes a stab at the idea with his adaptation of Higoshino Keigo's novel of the same name makes an attempt that sadly falls far flat of what we've come to expect from this veteran filmmaker.

Laplace's Witch begins with a pair of mysterious deaths at a hot springs. When forensics determines that these murders were the result of hydrogen sulphide poisoning, a college professor is brought it to determine the method by which these two men could've died. The professor, Aoe Shusuke (Sakurai Sho) finds the likelihood of foul play to be almost nil, but before long, strange people start to appear in his life that make him question his assumptions.

He soon finds himself entwined with  detective Nakoka Yuji (Tamaki Hiroshi), the mysterious young woman Uhara Madoka who calls herself "Laplace's Witch" (Hirose Suzu), and angry young man Amakasu Kento (Fukushi Sota). All of these characters take turns being integral to the plot of the film, which involves killer tornados, experimental science, super fancy paper airplanes, and a whole lot of exposition.

In the end, the film is a regular, run of the mill Japanese drama with a splash of the fantastic when it comes to incorporating the concept of Laplace's Demon. Professor Aoe finds out that there are a couple of people out there who are actually able to not only put into practice Laplace's Demon by anticipating natural events, but who are even capable of using their knowledge to manipulate nature to their own advantage. This sounds great in theory, but Miike is so enamored of his own subject that in practice it just drags on with every shot lasting just a few seconds too long and the plot taking at least a dozen completely unnecessary detours.

This isn't the first time Miike has approached the concept of man manipulating nature using science to gain an advantage over his foes. He did it with equal success (none) in 2008's God's Puzzle, and Laplace's Witch succeeds even less than that minor work. At least back in 2008, Miike was still at a point in his creative journey where he was willing and eager to throw something crazy at the wall to see if it stuck, with Laplace's Witch, he seems content to make unremarkable potboilers, which is a tragedy.

Laplace's Witch takes a potentially engaging subject - the ability to predict and manipulate the natural world to one's own benefit - and rips away every fantastical application in favor of a ho-hum procedural. I'm the first person to rage against the practice of reviewing films for what they aren't, but the possibilities of this concept are endless, and they are not capitalized on in any substantial way, which is truly disappointing coming from a director who made his bones by showing audiences things they'd never seen.

I'm a hardcore Miike fanatic, and as his output has become more and more predictable over the last few years I keep hoping that something will come along to remind me why I fell in love in the first place. The last film I saw that really struck me as something amazing was For Love's Sake, but everything I've seen since then has been lacking the over-the-top moments that made him who he is. Even Yakuza Apocalypse, his martial arts/mafia/vampire/frog suited film from 2015 felt like a retread of better, older work.

With Laplace's Witch, Miike takes another step toward mediocrity, and for that I am sad.