BiFan 2018: ScreenAnarchy Offers Its Picks for This Year's Jam-Packed Bucheon!

We're now just 48 hours away from the opening of this year's 22nd Bucheon International Fantastic Film Festival (BiFan), and while the ScreenAnarchy team is busy packing their printed tees, brollies and aspirin, we've also found a little time to dig deep into the programme and each come up with three recommendations and three films we can't wait to see.

Between myself, Asian Editor James Marsh and Contributing Editor Josh Hurtado, that's 18 titles to be on the look out for at Asia's genre cinema mecca, which runs from July 12 - 21 in the cozy Korean suburb. Fire up the BBQ grills and crack open the soju - it's BiFan time!


James Marsh and J Hurtado contributed to this story. 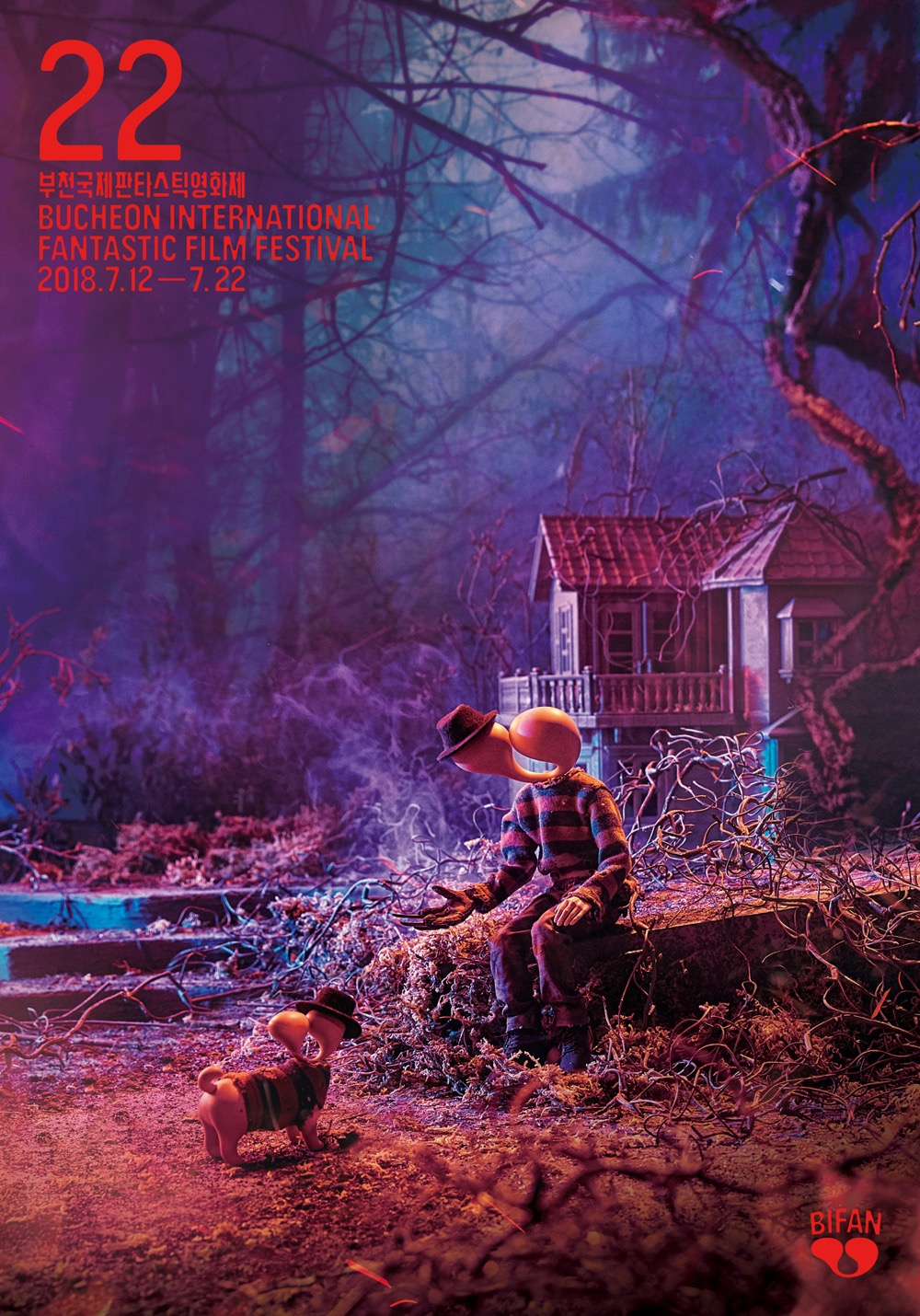 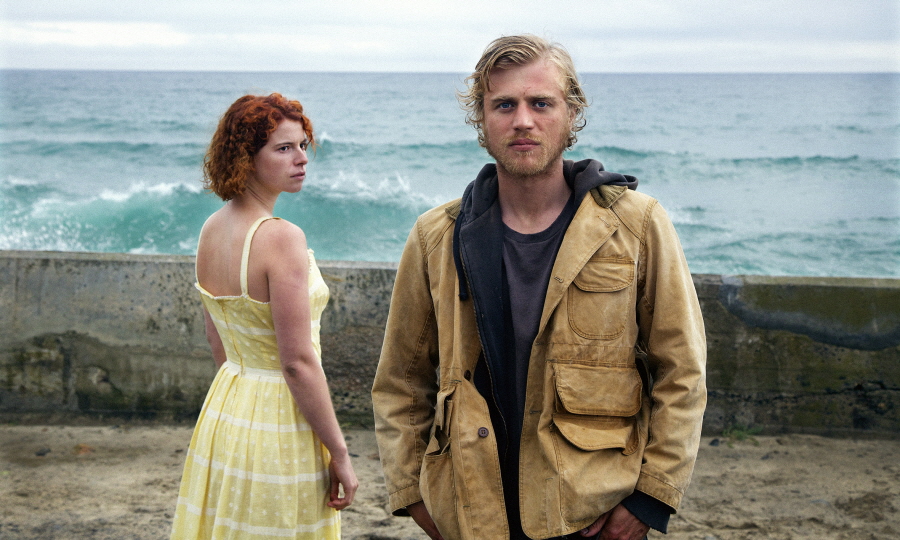 The buzz surrounding this psychological thriller has been deafening since it premiered at Toronto, and it is rightly being hailed as one of the best British films of the year. It tells the story of a troubled young woman living in a remote rural community, who escapes her oppressive family, but only into the arms of a mysterious stranger suspected of a series of grisly murders. - James 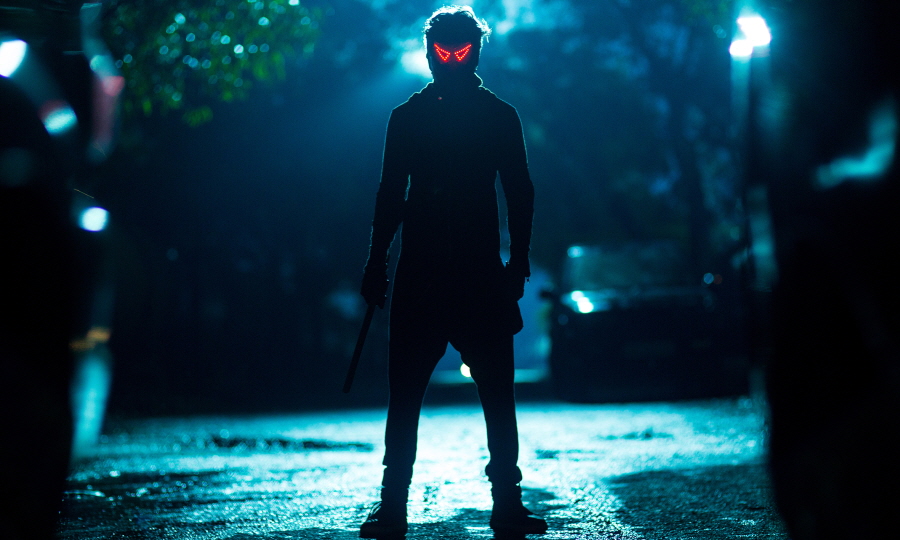 Vikramadtiya Motwane's socially conscious vigilante film presents a new vision of Indian superheroes with a conscience. A little bit Kick Ass, and a little bit Batman, this film is not what you'd expect from a Bollywood action film, it's much better. - Josh 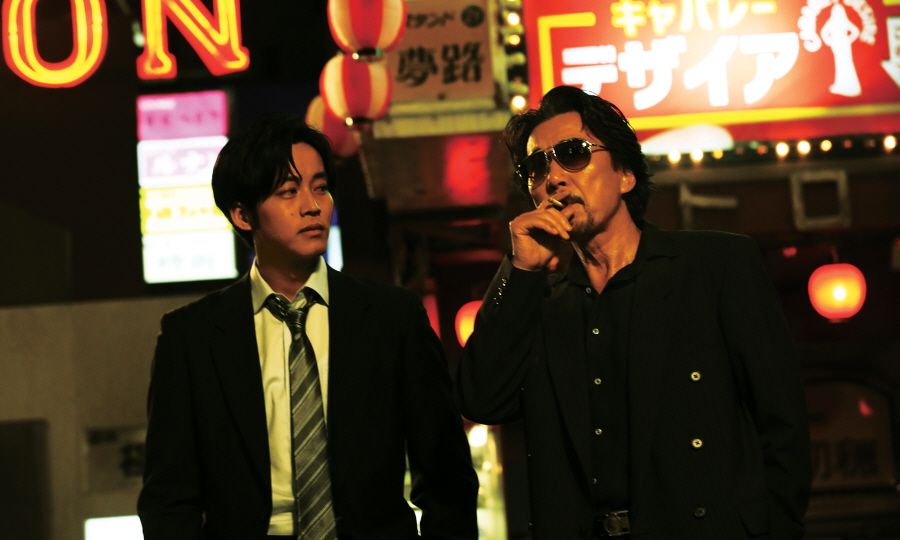 The Blood of Wolves

Director Kazuya Shiraishi (Birds Without Names) has openly admitted that his latest cop thriller is a direct homage to Kinji Fukasaku’s five-part masterpiece Battles Without Honour and Humanity. Koji Yakusho stars as a veteran detective suspected of being in league with the yakuza , and the results are bold, bloody and a welcome return to a once-glorious genre of Japanese cinema. - James 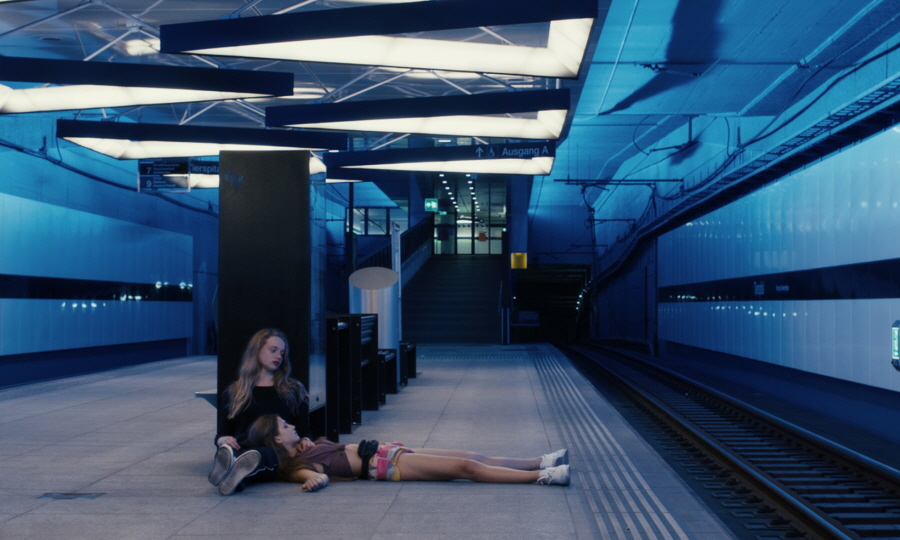 One of my favourite discoveries of last year, Lisa Brühlmann’s debut feature takes the well-worn coming-of-age drama and transforms it, not least due to an incredible performance from Luna Wedler as the 15-year-old Mia. Struggling to fit in and experiencing growing pains decidedly different to those of her classmates, what follows is beautiful, profound and unmissable. - James 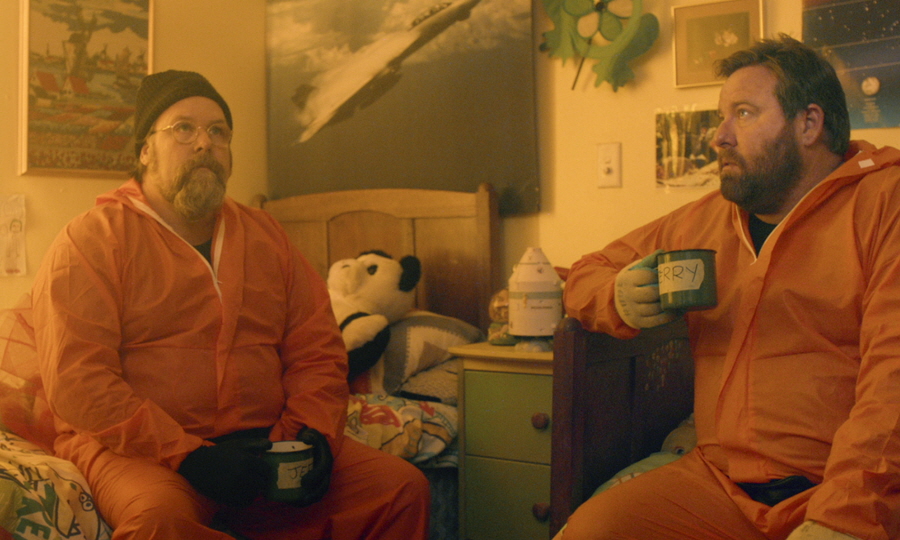 Director Clayton Jacobson's Brothers' Nest was one of my surprise favorites out of SXSW '18. This story of a pair of brothers on a morbid mission to ensure their inheritance is a blackly comic gem that will toy with the audience's allegiance masterfully. Co-starring the director and his real life brother, Shane Jacobson, Brothers' Nest is a potential modern black comedy classic in the vein of Alfred Hitchcock's The Trouble with Harry. - Josh 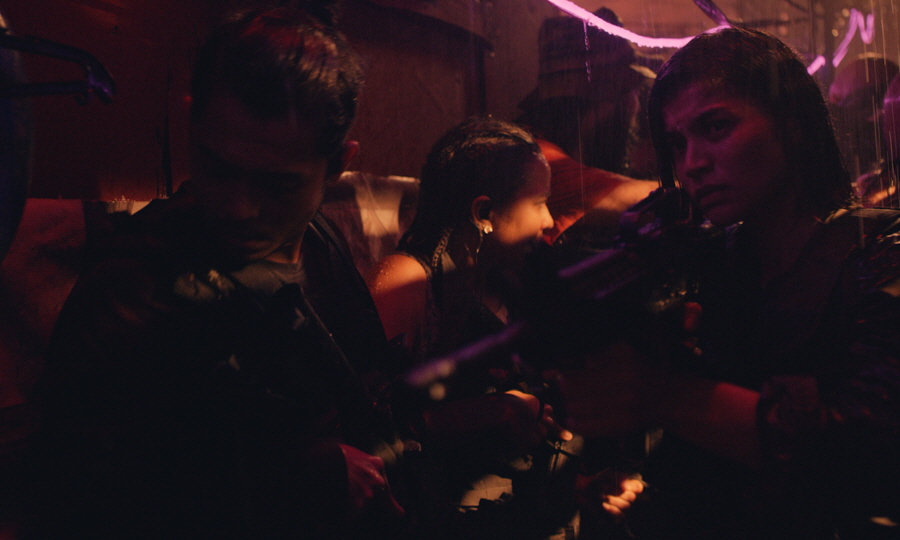 On The Job director Erik Matti is mad as hell and he’s not gonna take it anymore, at least that’s the message exploding from his latest action epic, BuyBust. A visceral response to Philippine President Duterte’s bloodthirsty anti-drug campaign, Matti pits corrupt cops, frenzied cartels and desperate residents against one another in what promises to be one of the year’s most exciting offerings from the region. - James 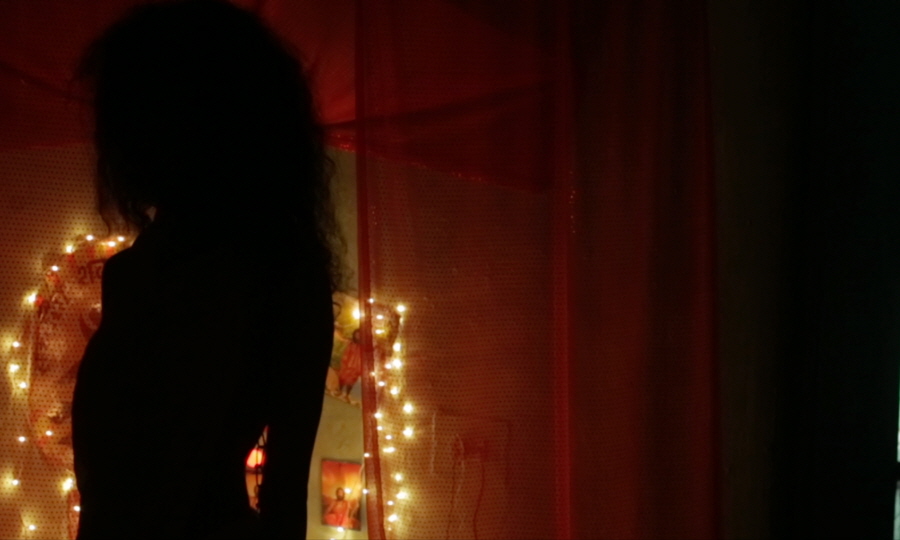 India's enfant terrible, Q, is back with another taboo busting feature, this time taking aim at the nation's growing and dangerous religious hypocrisy. A girl on the run from the ramifications of a leaked sex tape crosses paths with a Hindu religious extremist and things go very bad, very quickly. After the successes of Gandu and Brahman Naman at festivals around the world, Q is back with his most accomplished and polished feature that loses none of its bite. Violent, sexual, and provocative, Garbage is a must see film. - Josh 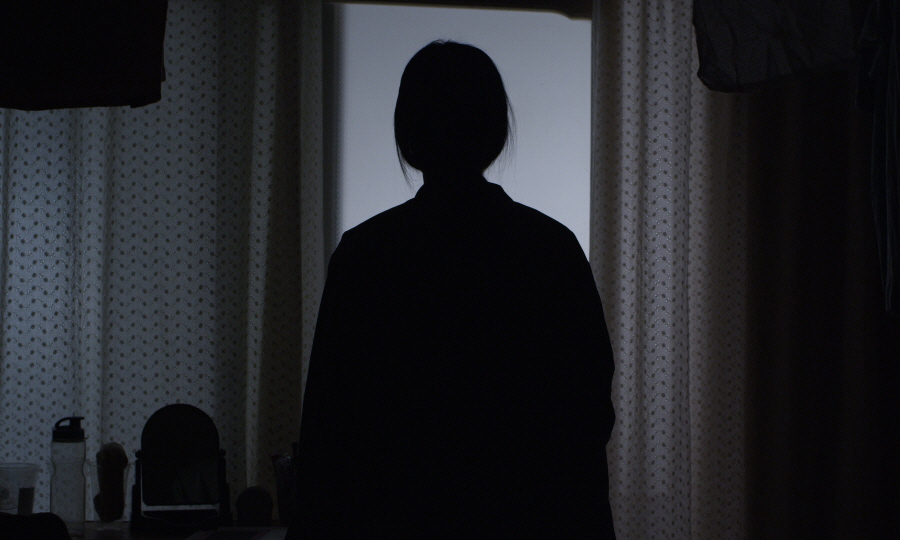 The feature debut from Yu Eun-jeong, Ghost Walk is the only Korean film in this year’s signature Bucheon Choice competition. A solitary factory worker discovers one night that she has become a ghost and decides to go back in time, while trying to stay out of people’s way. Yu has drawn quite a bit of acclaim with her short films, and with female genre filmmakers in such short supply in Korea (for lack of opportunity rather than talent), there’s plenty of room for a new name to make a mark. - Pierce 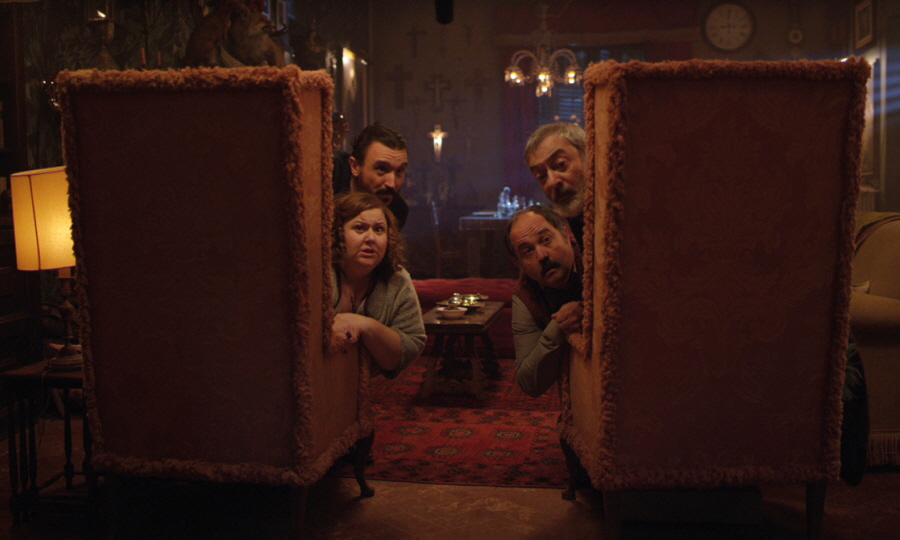 Spanish directing duo of Pintó & Caye present Killing God, a feature about the nature of life itself. When a dwarf appears to a group of four men and claims that he is God and that the human race is on it's way out, it opens up a world of possibilities for exploration. I'm always up for a good Spanish black comedy, and Killing God looks like a solid bet for this year's fest. - Josh 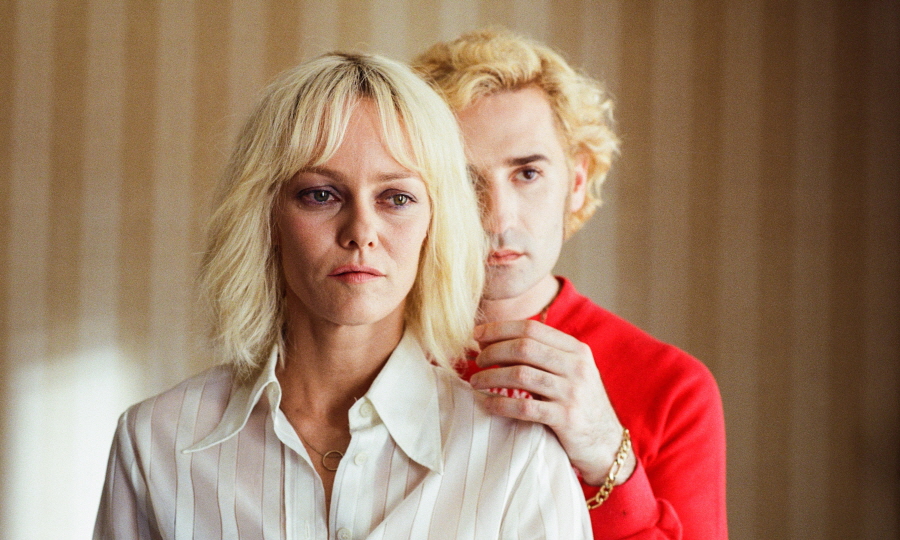 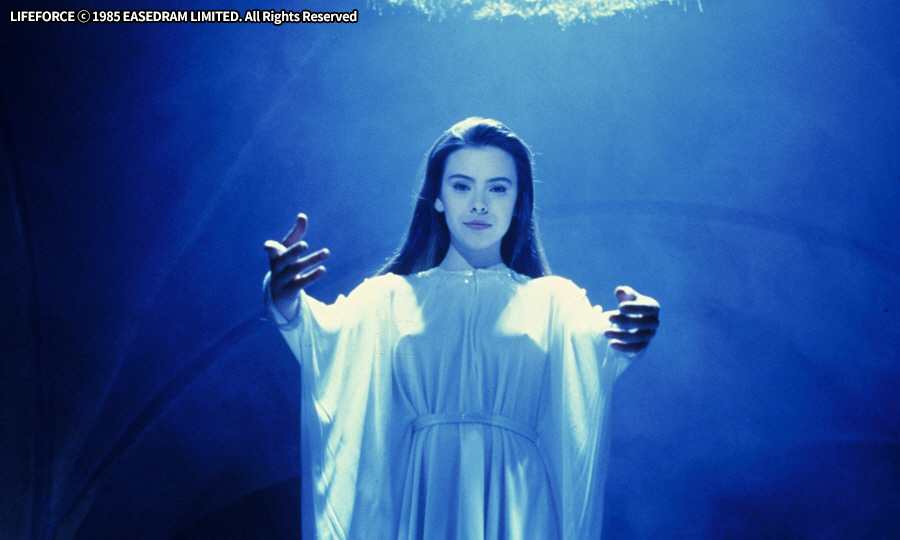 Most might say The Texas Chain Saw Massacre or Poltergeist, but if I was pressed to pick a favorite Tope Hooper film, it would have to be Lifeforce. Deliriously kinky and kitsch, this vampire sci-fi is as beautiful and strange as 80s genre cinema gets and one I’m dying to see on the big screen for the first time. - Pierce 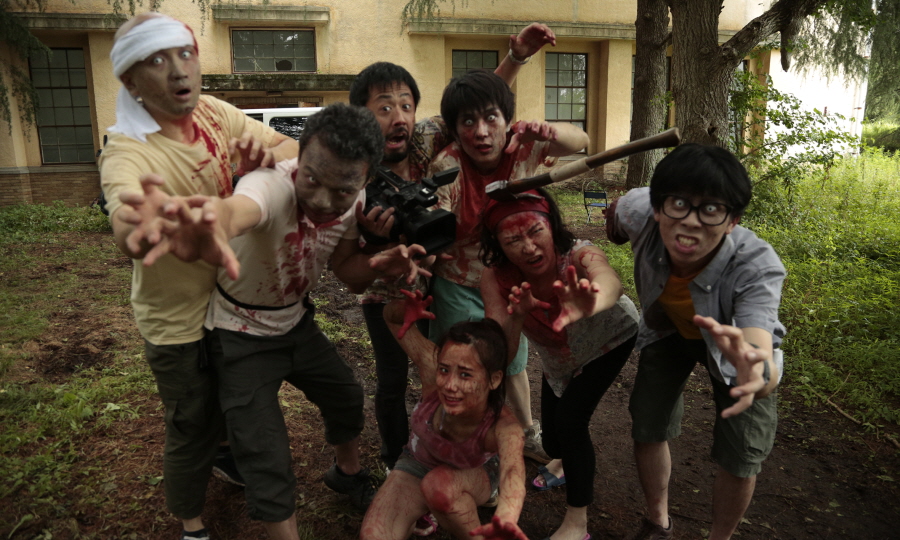 Just when you thought the zombie genre was finally dead once and for all, Shinichiro Ueda’s high-concept comedy arrives to reanimate it all over again. A zombie movie within a zombie movie, One Cut of the Dead takes meta to the extreme, while a desperate young film director scrambles to complete his magnum opus at any cost. As reveals leads to more reveals, the laughs just get louder. A midnight treat not to be missed. - James 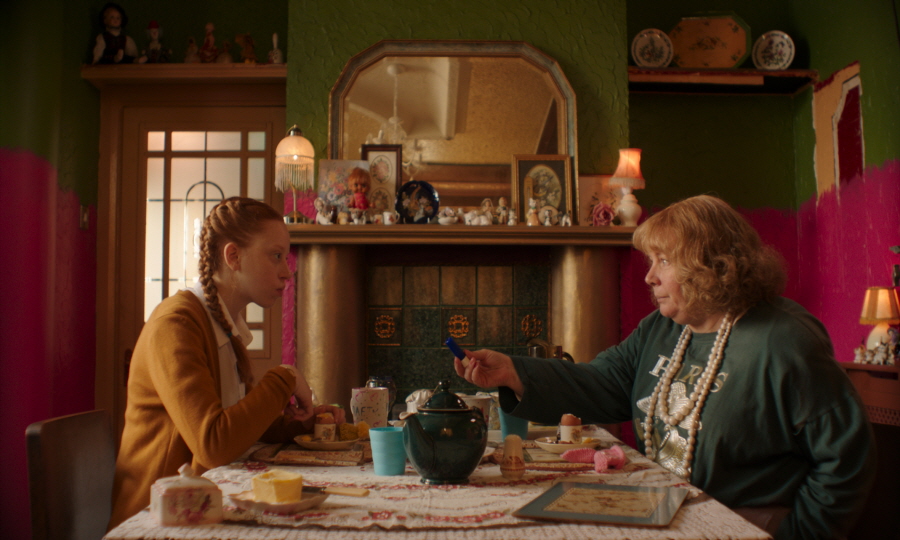 Deborah Haywood’s debut Pin Cushion is a coming-of-age film like no other. Earthy, strange and surprisingly cruel, it chronicles a peculiar single mother and her naive young daughter, who move to a new village where both try to fit in, only for their efforts to invite scorn and cruel deception. Joanna Scanlan and Lily Newmark are excellent in a film that ably pushes past familiar ground. - Pierce 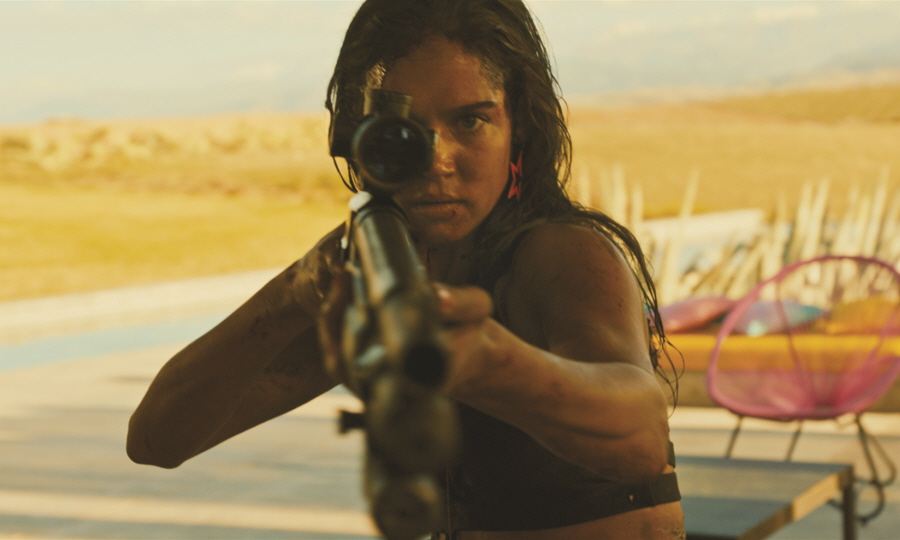 A man brings his mistress to his desert villa, but when his hunting buddies turn up a day early, the woman soon finds herself at the bottom of a ravine. When she wakes up against the odds, it's kill or be killed under the scorching sun for one resourceful young woman and three gun-totting scoundrels. There’s a lot of fun to be had throughout Coralie Fargeat’s debut feature Revenge, but in particular a dizzying blood-soaked climax that proved one the cinematic highlights of the last year. - Pierce 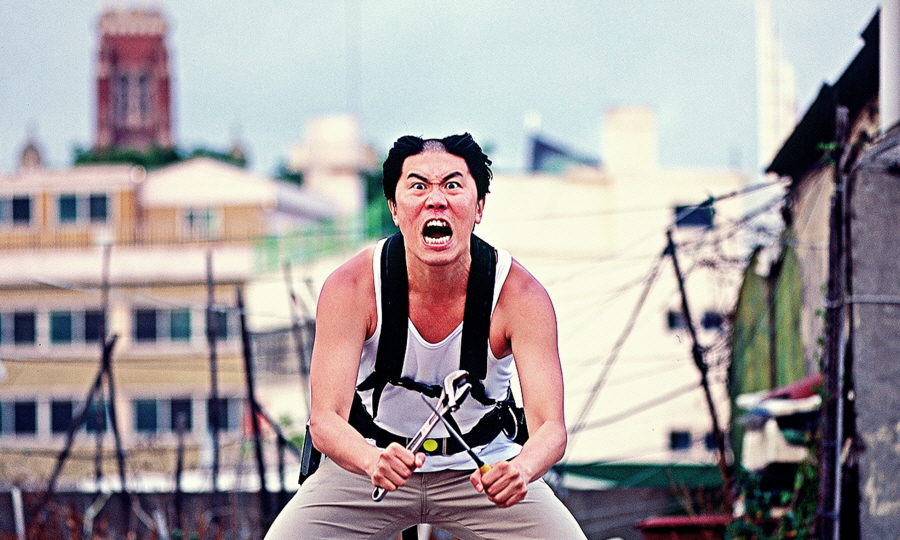 Lo-fi genre cineaste Back Seung-kee returns to BiFan for the third time with Super Margin. Back’s back with his leading actor Son Yi-yong as a Korean man who goes after a scammer in China. Back’s debut Super Virgin was a delightful surprise at BiFan in 2012 and here’s hoping he's captured that same charm and wit in 2018. - Pierce 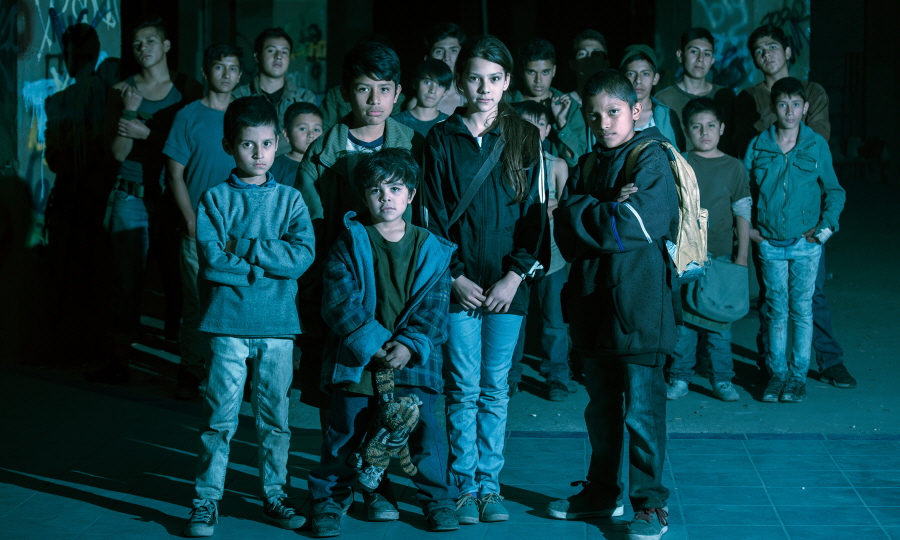 Tigers Are Not Afraid

Framed against the backdrop of the Mexican drug wars, filmmaker Issa Lopez's Tigers are Not Afraid is a horrific fantasy not to be missed. A group of children find themselves running for their lives when their parents are abducted by the local cartels. It's up to one little girl to take up the charge and fight back, but her demons aren't quite through with her. Beautifully shot and realized, Tigers are Not Afraid is one of the best films of the year. - Josh 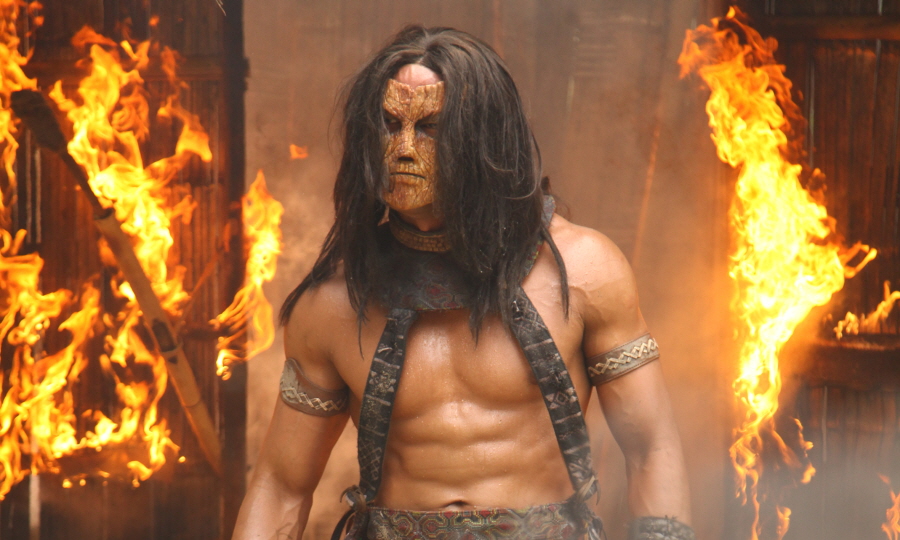 Honestly, I know nothing about this film or its director, Seth Larney, but the imagery associated with this Malaysian action film has me hooked. Apparently it's a modern adaptation of a folktale about spirits who protect nature in the jungles of the island nation. Larney's experience in VFX on the Matrix trilogy, along with various other big budget Hollywood blockbusters gives me hope that at the very least, it'll be a visual treat. - Josh 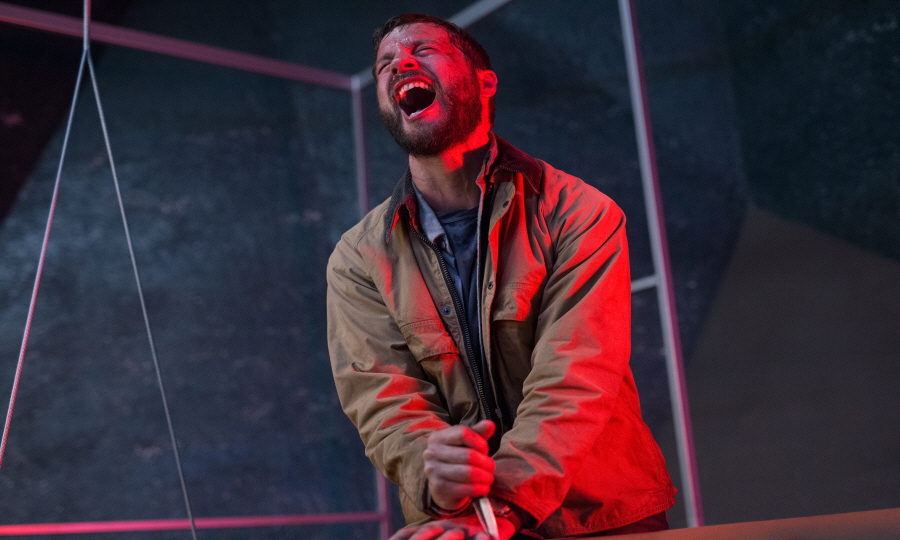 Leigh Whannell, one of the creative forces behind the Saw and Insidious franchises, turns his hand to sci-fi for this amped up action movie that looks to be equal parts RoboCop, Death Wish and Crank. “Wet weather Tom Hardy” Logan Marshall-Green invests in a chip implant after being paralysed during a mugging, which transforms him into a six million-dollar angel of vengeance. - James

Do you feel this content is inappropriate or infringes upon your rights? Click here to report it, or see our DMCA policy.
bifanbucheoncurtain raisergenre film festivalrecommendationstop picks