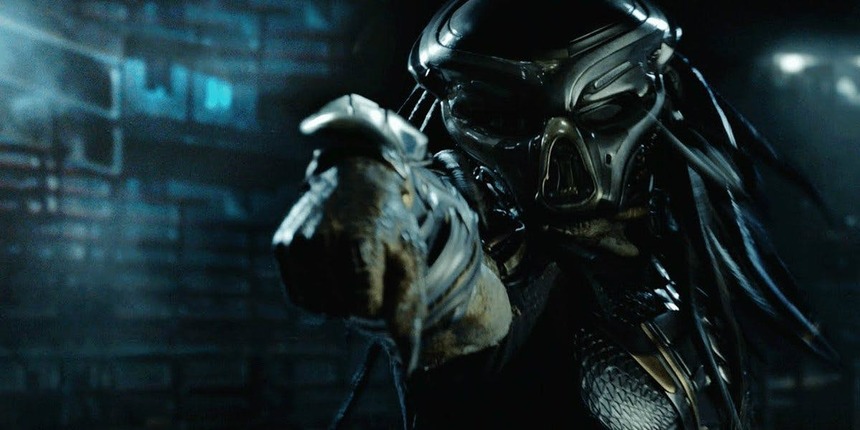 Gun to my head, I would admit to being a fan of both AVP films. Paul WS Anderson's first is a harmless romp through a haunted pyramid, a call back to the kind of tale that might have been told in an old Dark Horse comic. AVP: Requiem is a lot less "fun", but the Brothers Strause at least showed clear revereance for the Predator creation, something that Shane Black has promised to bring to his new "reinvention" The Predator.

Perhaps this reverence is in the finished film, but I don't see much of it in this first trailer. Instead I see the suburbs (an aspect that didn't work for Requiem) where a child has access to alien technology (groan) and accidently calls the Predators to earth (double groan). So far, this feels more like an AVP film than a Predator film.

We also hear a lot of Hollywood screenwriting mumbo jumbo about genetic engineering and upgrading and I'm left wondering where the stripped-down action and survivalist horror of the first movie went?

Maybe I'm getting whiplash from seeing a trailer I wasn't expecting. Maybe I should watch it a few more times, but I'm curious what others think.