Review: THE PREDATOR Fails to Evolve 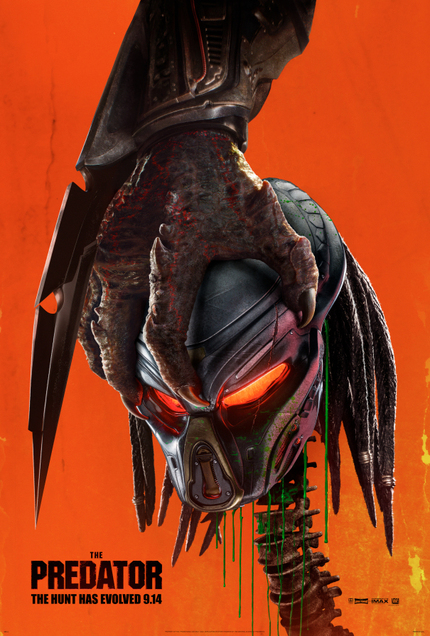 Late last week, the story broke that filmmaker Shane Black had knowingly cast a known sex offender in his latest offering, The Predator. The actor’s one and only scene was, at the last minute, hunted down and eradicated from the film by its studio, 20th Century Fox. The controversies generated by these actions are, at the time of this writing, still fresh.

The move by Fox has obviously been carried out to demonstrate the studio’s collective commitment to honoring very real sensitivities. This, in direct connection with their new R-rated gorefest that spends no shortage of time garnering laughs from Asperger’s outbursts and occasional homophobic remarks.

As Olivia Munn’s scientist character keeps reminding everyone, the term “predator” is actually inaccurate for a creature that hunts for sport.  (Which is the established motivation for this series’s previous titular killer aliens). Therefore, the excised sexual offender on the proverbial cutting room floor might’ve been the only true predator in this movie.  Considering that its title is “The Predator”, that does seem ironic.  It is yet another awkward problem for a movie that’s already riddled with awkward problems.

As fans of this anemic and intermittent franchise know, Shane Black was part of the small cast of John McTiernan’s original Predator (1987), a legitimately solid film.  The Predator got him then, and now, even as he’s ascended to the level of major director and co-writer (alongside of fellow late-80’s creator, Fred Dekker) The Predator has gotten him again.  Black, once the “It” writer of violent but fun entertainment spectacle (Lethal Weapon, The Last Boy Scout), and more recently, the winning director of Kiss Kiss Bang Bang, Iron Man 3, and The Nice Guys, has been, for the moment, toppled by a monster from his distant past.

The residual goodwill from the original Predator movie previously brought fourth 1990’s Predator 2, 2010’s Predators, and two Alien Versus Predator films that no one likes to talk about.  Black’s The Predator adds a pointless article to the title, and some of the screenwriter’s trademark macho snark, but rarely- very rarely- is it ever clever.  That’s a major missing component of what often makes Shane Black’s cinema not only successful, but permissible.  As a Predator movie, The Predator is essentially on par with the non-Alien sequels: disappointing; so-so at best.  Particularly grim is the realization that if Shane Black can’t save this series, no one probably can.

This time around, we open on a Predator spaceship being pursued into Earth’s atmosphere by another, far larger ship.  It crashes.  A badass super-soldier dude (Boyd Holbrook, stiff as a board and about as fun) finds the tech, and, realizing its awesome firepower and cloaking abilities, mails most of it to his post office box.  But, since he’s out killing people for the government so often, a snafu in his PO box payment results in the tech getting forwarded to his house.  Once there, his smart but socially challenged autistic young son (Jacob Tremblay; Room) gets into it, and starts studying the holographic projected laser maps and whatnot.  Uh oh, he might’ve just placed a call to the bad guys...

Meanwhile, an evolutionary scientist (played by Olivia Munn, every bit as sharp tongued, swaggery and sweary as the guys in the movie) finds herself at a top secret facility where research on a captured and sedated Predator is going on.  When things inevitably get messy in the lab, Munn is the only one with the wherewithal to understand and track the creature.  But to be let out of the containment center, she has to go back through to the decontamination process, naked.

Yes, Munn’s character has to strip to get both in and out of the center; though from a directorial standpoint, this aspect couldn’t be covered more modestly or conservatively.  Nothing but shoulders are shown, although the very presence of such a scripted detail -- one revolving around a character played by the attractive Olivia Munn (her character Psylocke in X-Men: Apocalypse did little more than strike sexy poses) does lead one to wonder if perhaps the intention was to shoot this bit quite differently, were it not for the upswing of the #MeToo and Time’s Up movements.  Hopefully it should go without saying that Munn shouldn’t be exploited against her will, particularly in such transparently contrived scenes.  Who knows, maybe she put her foot down, which is absolutely her right.  Just as she also called out the aforementioned sex offender actor.

Anyhow, back to the plot...  Munn meets up with Holbrook’s soldier and his unruly pack of fellow fighters (among them, a semi-comical Keegan-Michael Key, a sympathetic Augusto Aguilera, and the chronic Aspergers sufferer played by Thomas Jane), and then they team up to get to the boy before the Predator does.  There’s also a bunch of standard-issue military guys in the mix (cannon fodder), led by a menacing Sterling K. Brown.  In this entire unwieldy cast, there isn’t a likable nor engaging character to be found.  There is, however, a lot of running and shooting in the dark- perfect for those trademark triangular Predator laser sights.

All the while, the Predator is being chased by the bigger Predator that was after him before.  The eventual revelations and explanations for this will provide Predator fans with grist for their mills, as it does indeed further the established mythos of the series thus far.  That said, if this weren’t a Predator film, and were instead a new alien adventure chase movie, none of what’s revealed would be considered all that mind-blowing.  What is kind of mind-blowing is the completely dire real-world premise upon which Black and Dekker build their franchise-expanding premise upon.  And rest assured, all parties involved are loudly thinking “direct sequel” to this installment.

With no one tremendously famous in this cast, and lacking the geek heat necessary to ignite a base of excitement, is it any wonder that studio publicity, the film’s own cast, and the entertainment media itself are turning to other things to discuss in relation to this movie?  It’s typically a good thing when we’re collectively thrust into talking about important and sensitive issues, although in this case, it’s in the service of a horsecrap movie.  I guess we call it a draw?

All this to say, Shane Black’s poor judgement is all over The Predator.  Just how far and how rotten its reach is must rest in the eye of each beholder.  On the whole, what can be more widely agreed upon is that this series is once again failing to evolve.

Do you feel this content is inappropriate or infringes upon your rights? Click here to report it, or see our DMCA policy.
Boyd HolbrookOlivia MunnPredatorShane Black