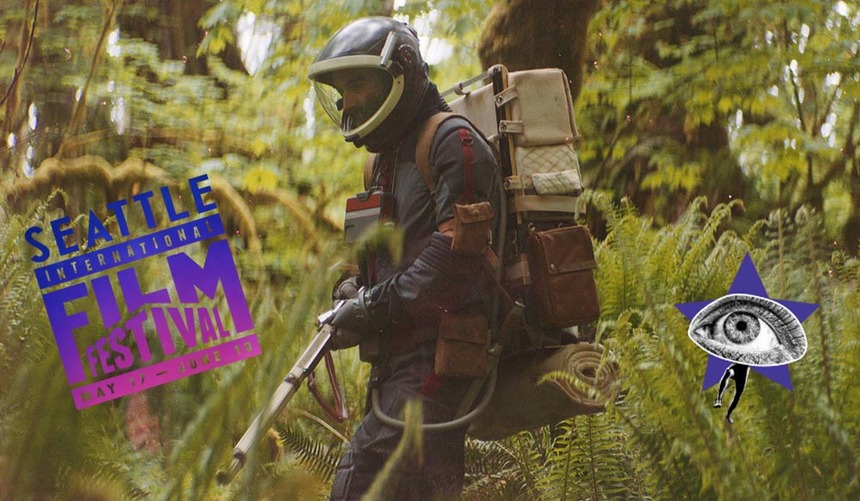 Any SIFF-goer knows you need to take off the afternoon to read through the massive list of films on the day the lineup is announced. Well it's going to be a fun afternoon today for those excited about the 44th edition of the Seattle International Film Festival. The festival runs May 17 to June 10 (yes, that includes four weekends) and includes 433 films representing 90 countries. That's 68 features (plus 4 secret films), 66 documentaries, 10 archival films, 164 shorts, and 21 VR/360 works -- including 35 World premieres (6 features, 29 shorts), 46 North American premieres (32 features, 14 shorts), and 25 US. premieres (16 features, 9 shorts). Whooosh!

We've got a long list below but a few highlights include Sundance hit Sorry to Bother You, Garbage by our good pal Q, SXSW sci-fi standout Prospect, and Gus Van Sant's Don't Worry, He Won't Get Far on Foot as closer. Check out the list which includes all of the VR pieces below and stay tuned for expanded Screen Anarchy coverage from this year's festival.

Spanish director Isabel Coixet heads to the English coast circa 1959, where a headstrong widow (Emily Mortimer) opens a bookstore in a sleepy village and encounters both pride and prejudice from the provincial locals. Winner of Best Film, Director, and Screenplay at Spain's Goya Awards.

Since making her debut at age 16 opposite a young Kate Winslet in Peter Jackson’s Heavenly Creatures, the New Zealand-born Melanie Lynskey has become one of American cinema’s most reliable character actors. From Ever After: A Cinderella Story to Shattered Glass, The Informant! to The Perks of Being a Wallflower, Hello I Must Be Going to I Don’t Feel at Home in This World Anymore, and TV work ranging from HBO’s “Togetherness” and “Animals” and Cartoon Network’s “Over the Garden Wall” to 12 years on CBS’ “Two and a Half Men,” her passionate dedication to her craft has created a class of charismatic characters defined by their grace, sensitivity, quirkiness, and kindness. This afternoon, SIFF will welcome her to the stage for an interview featuring film clips from her career, followed by a screening of one of Lynskey’s latest films, Sadie, directed by Seattle-based Megan Griffiths (The Night Stalker, Lucky Them,Eden), with music by Pearl Jam’s Mike McCready. There will also be an opportunity for audience questions following the screening.

A modern day renaissance artist, Ethan Hawke’s creative talent continues to flourish in several realms of expression. An actor, screenwriter, novelist, and filmmaker, his body of work is broad as it is deep in a career that now spans three decades. From portraying a rock-steady police sergeant and cowboy, to a sensitive teenage poet and young heartthrob, his versatility as an actor is renowned, cementing him as one of the great performers of this generation.

SIFF is proud to present Ethan Hawke with the Seattle International Film Festival Award for Outstanding Achievement in Cinema. A Q&A with Hawke will follow the screening of his new film, Blaze.

Based on a true story, the directorial debut of popular Swedish personalities Filip and Fredrik is an outrageous, unconventional comedy set in the 1980s about an eccentric resident of "the most boring town in Sweden" who decides to put his sleepy hamlet on the map by assembling the world's longest layer cake.
(d: Filip Hammar, Fredrik Wikingsson c: Mikael Perssbrandt, Helena Bergström, Agnes Lindström Bolmgren, Tomas von Brömssen, Sweden 2018, 101 min)

When a drummer for an up-and-coming Dublin rock band is diagnosed with bipolar disorder, he is forced to join a weekend mixed-ability soccer team and makes fast friends with a 17-year-old with Asperger’s Syndrome in this poignant and charming bro-com between two odd and lonely souls.
(d: Nick Kelly c: Dermot Murphy, Jacob McCarthy, Peter Coonan, Ireland/USA 2017, 93 min)

Seattle rock band My Goodness bring their expansive blues-inspired sound to The Triple Door for a live accompaniment to the 1911 Italian silent film, a macabre tour de force inspired by Dante’s “Divine Comedy,” featuring ground-breaking special effects and a cast of thousands.

When originally released in 1986, this franchise-inspiring fantasy adventure about an immortal Scottish swordsman featured a handful of new songs from rock icons Queen. Now, Seattle's own DJ NicFit reimagines the cult classic with a decades-spanning all-Queen playlist performed live on two turntables.

Ranging from industrial training videos to forsaken home movies, comedians Joe Pickett and Nick Prueher's vast VHS library features the world's largest collection of strange, outrageous, and profoundly stupid videos, the best (and worst) of which they have carefully curated and present along with live comedy commentary.

Newcomer Elsie Fisher, in a star-making performance, perfectly captures the everyday humiliations and triumphs of a modern-day thirteen-year-old making her way through the last week of her thus far disastrous eighth grade year in the auspicious filmmaking debut of comedian Bo Burnham.

Official Competition
Juried by a team of international industry members, the Official Competition recognizes distinct and resonant voices in filmmaking from around the world. The Grand Jury Prize Winner will receive a $5,000 cash prize.

New Directors Competition
Festival programmers select 10 films remarkable for their original scripts, innovative cinematography, and unique insights into people, places, and story. To be eligible, films must be a director’s first or second feature and without U.S. distribution at the time of their selection. The Grand Jury Prize Winner will receive a $5,000 cash prize.

Ibero-American Competition
The Ibero-American Competition selects 9 outstanding films from Latin America, Spain, and Portugal to highlight the increasing power, creativity, and influence of storytelling in the region. To be eligible, films must be without U.S. distribution at the time of their selection. The Grand Jury Prize Winner will receive a $5,000 cash prize.

New American Cinema Competition
Each of these films has found a champion in the SIFF programming team and was selected for its potential to capture the hearts of audiences looking to explore the exciting vanguard of New American Cinema. Jury is comprised of three members from the International Federation of Film Critics (FIPRESCI). The Grand Jury Prize Winner will receive a $5,000 cash prize.

Documentary Competition
For the documentarian, the world around us provides a seemingly inexhaustible source of material. From the ridiculous to the sublime and everything in between, documentary art is about showing the world how it is, how it was, and how it could be. The Grand Jury Prize Winner will receive a $5,000 cash prize.

Shorts Competition
All short films shown at the Festival are eligible for both the Golden Space Needle Audience Award and Jury Award. Jurors will choose winners in the Narrative, Animation, and Documentary categories. Each jury winner will receive $2,500 and winners in any of the three categories may also qualify to enter the respective Short Film category of the Academy Awards® for the concurrent season without the theatrical run.

African Pictures showcases the best filmmaking happening in and about Africa today. This is a not-to-be-missed opportunity to experience innovative and inspiring filmmaking from across the continent.

In this selection, we have four North American premieres and two US premieres, bringing the best new Chinese cinema to Seattle audiences. We are also proud to have films from five female directors and five first-time directors, with many of the filmmakers scheduled to attend.

To raise greater awareness of the excellent filmmaking in contemporary Chinese cinema and to promote cross-cultural exchange with all Festival filmmakers, SIFF will present the inaugural China Stars Celebration and Awards Ceremony on Friday, June 8 at the Pan Pacific Hotel.

CULINARY CINEMA
Popcorn is no longer king as the phenomenon of food culture has exploded into cinema. We’ve selected some extraordinary films that explore different aspects of taste and the senses for the cinematically inclined.

FACE THE MUSIC
Four out of five SIFF programmers agree that regular exposure to music and film are essential to your overall well-being. With that in mind, this year’s Face the Music program has been specifically designed to provide a holistic regimen for your audio-visual health.

NORTHWEST CONNECTIONS
Seattleites see more films per capita than the residents of any other American city, and a growing number of these selections have their roots in the fertile Pacific Northwest film community. Each year, SIFF honors the many ways in which the Puget Sound region contributes to the world of cinema, whether as an evocative location for outside filmmakers or as inspiration for local filmmakers ready to strut their stuff.