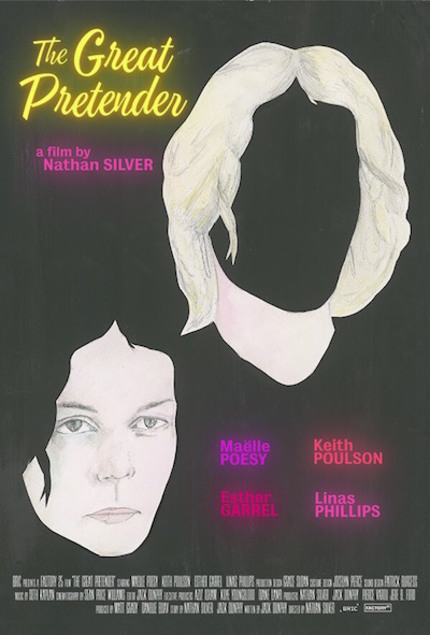 If you are a long time reader of these here pages, then you may very well already be aware of my love for the cinematic works of Nathan Silver. Working under the mode of roughly a movie a year, Silver has offered some of the finest indie fare of this past decade. From at-home care drama Exit Elena, to the introspective Uncertain Terms, the tumultuous Stinking Heaven and the manic Thirst Street, Silver perfectly encapsulates the wild mood swings of early 21st century American Living like few other filmmakers of his generation.

Reuniting with his Thirst Street co-star Esther Garrel, Silver has also teamed up with writer Jack Dunphy, and actress Maëlle Poesy for the NYC theater scene fuck-up The Great Pretender.

Now, while I am sure Garrel will be familiar to those who saw her opposite Timothee Chalamet in Call Me By Your Name, that movie did nothing to reveal the acting force that the young woman is. For that, one need not look any further than the film she made with her father Phillipe, Lover for a Day. Anf if my instincts are hitting their sweet spot, then The Great Pretender should be another fine showcase for this young thespian, along with her fellow French speaking Poesy.

Set to have its world premire tomorrow, April 21st at the Tribeca Film Festival, our pals at Factory25 and BRIC were nice enough to share with us the poster for the film, which is one intriguing piece of work by John Cibula and Matt Grady. Read a full synopsis for The Great Pretender and check out a high-res image of the poster below!

THE GREAT PRETENDER is a roundelay set in the off-off-Broadway world of New York theatre. Trying to exorcise her past, lovesick French director Mona comes to America to mount a play based on her last relationship: a tumultuous affair with hard living street photographer Nick. For the on-stage rendition of her real-life story, Mona casts seemingly naïve French actress Thérèse to play herself and bumbling Brooklynite Chris to play Nick. Mona develops feelings for Chris, Chris falls madly in love with Mona, while Thérèse falls in love with Chris. The film is told in five chapters, each centered around a different character, culminating in the production of the play. 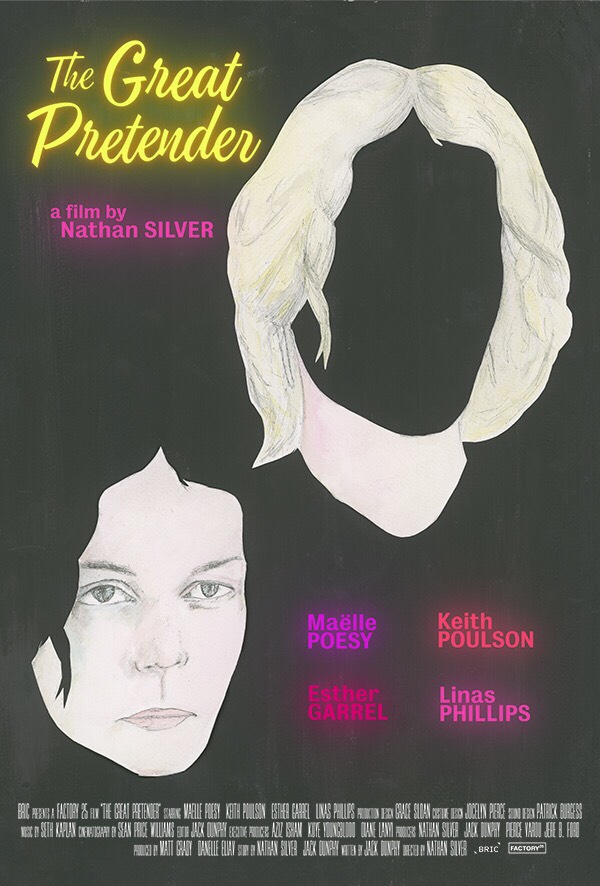 Do you feel this content is inappropriate or infringes upon your rights? Click here to report it, or see our DMCA policy.
esther garrelKeith PoulsonMaëlle Poesynathan silverthe great pretendertribeca