Tribeca 2018 Dispatch: VR Round Up

Tribeca is back at it with another excellent lineup of VR content across their three curated sections: Storyscapes, Virtual Arcade, and Cinema 360. I got a chance to check out the majority of what was on tap and it is another strong year for the festival. Before we get to the pieces debuting at Tribeca, a quick acknowledgment of a few pieces at this fest that I previously covered at past festivals: Dinner Party, Battlescar, and Together. 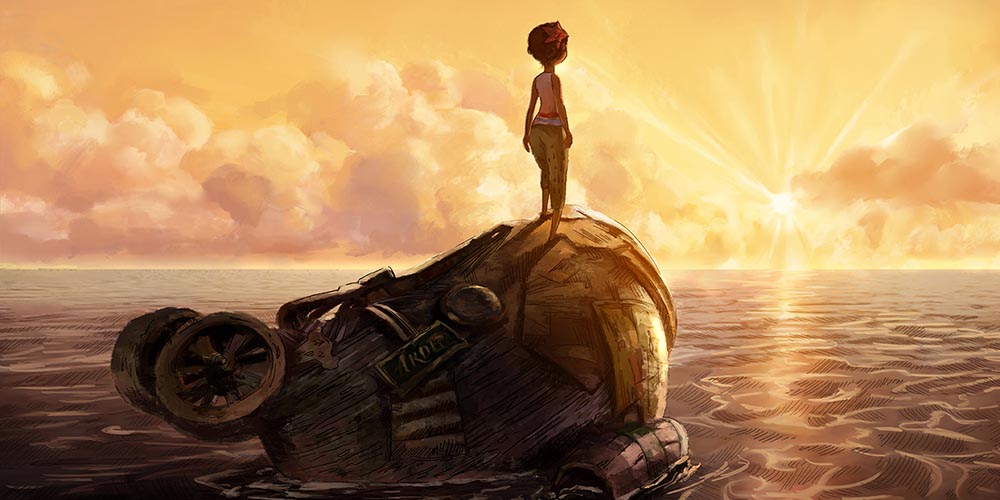 Arden's Wake: Tide's Fall
Penrose Studios and its director Eugene Chung wowed everyone last year when they premiered their Arden's Wake: Prologue. For those who don't remember, their new chapter Tide's Fall includes those first few minutes of the dollhouse introduction to Meena and her father. This time, however, Meena's voice belongs to the project's new Executive Producer, Alicia Vikander. But where the prologue ended, this piece really begins, expanding Meena's story, hinting at sci-fi elements, and touching on themes more challenging than you might expect from an animated story. Speaking of animation, with Arden's Wake, Penrose has created what can only be described as the most beautifully animated narrative piece ever in VR. It also features incredible music by composer Ryan Shore. This is far more substantial than the prologue with the total run time reaching 30 minutes, but just like last year, I can't wait for more! 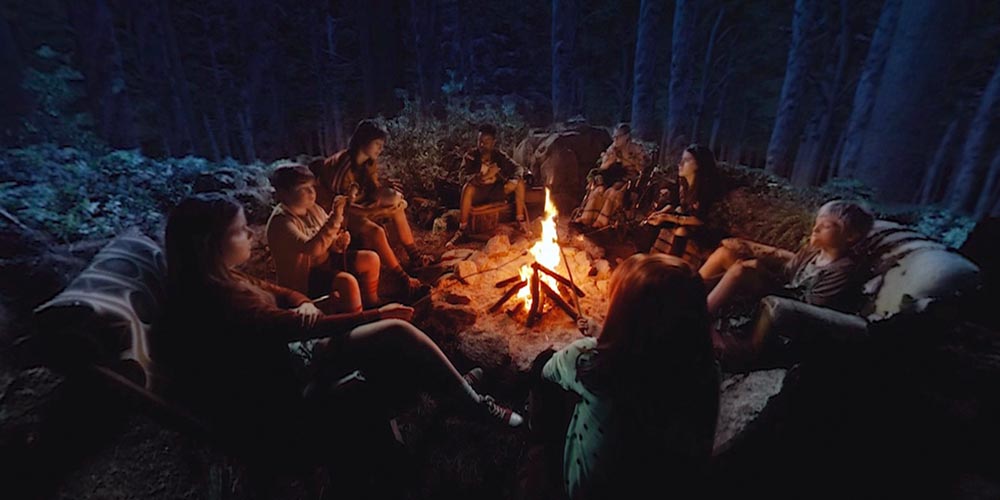 Campfire Creepers: The Skull of Sam and Midnight March
Created and directed by Spanish horror maestro Alexandre Aja in conjunction with Oculus and Future Lighthouse, the Campfire Creepers series is a fun set of horror stories linked by framing device of kids sitting around a campfire. Part one, The Skull of Sam, premiered at Sitges last year and star Robert Englund in a story the features some pretty great POV 360. The new episode Midnight March is world premiering at Tribeca and is also produced by Dark Corner (both eps will be available on the Dark Corner app this month). This story takes place under a full moon and continues the fun take on horror theme with some cool transmogrification. Stay tuned for more fun entries in the series to come. 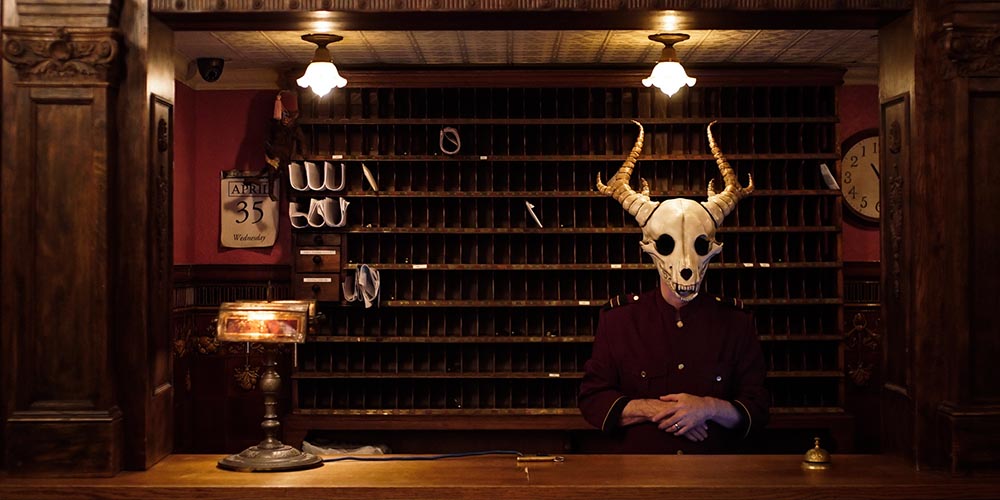 The Caretaker
This 360 horror short is created by Jacob Wasserman, Nicolas Pesce, and Adam Donald and it is all kinds of creepy. Via 3rd person (mostly) static cameras, we watch as a young couple checks into an old fashioned hotel. But we soon learn not everything is as it seems in this hotel that evokes both Blue Velvet and The Shining. Production is top notch for a 360 short and the team should be recognized for trying some innovative things with camera placement. 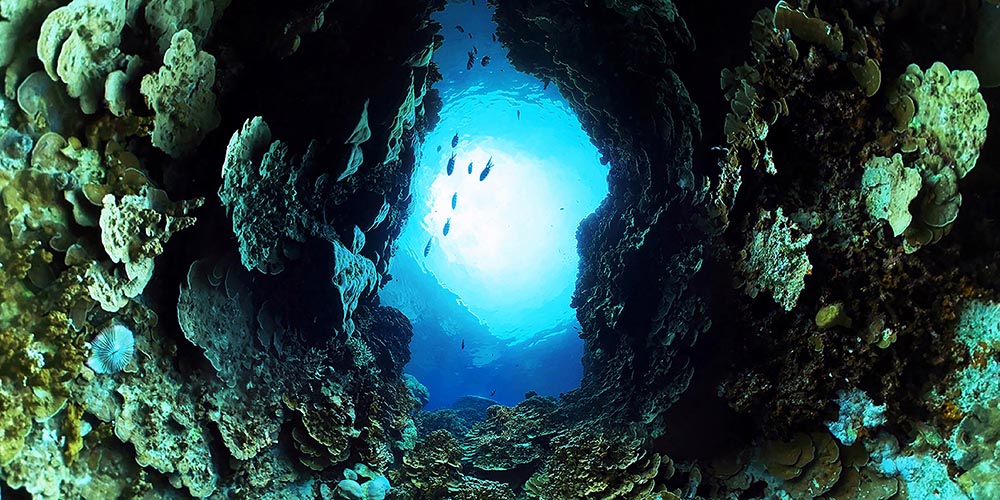 Coral Compass: Fighting Climate Change in Palau
This short VR documentary by Stanford's Virtual Human Interaction Lab (Directed by Tobin Asher, Elise Ogle, and Jeremy Bailenson) takes you under the water's surface in the tropical island nation of Palau. On top of some beautiful underwater photography, the piece also discusses concrete steps people in Palau are taking to increase the health of their coral reefs. It's both well made and informative. 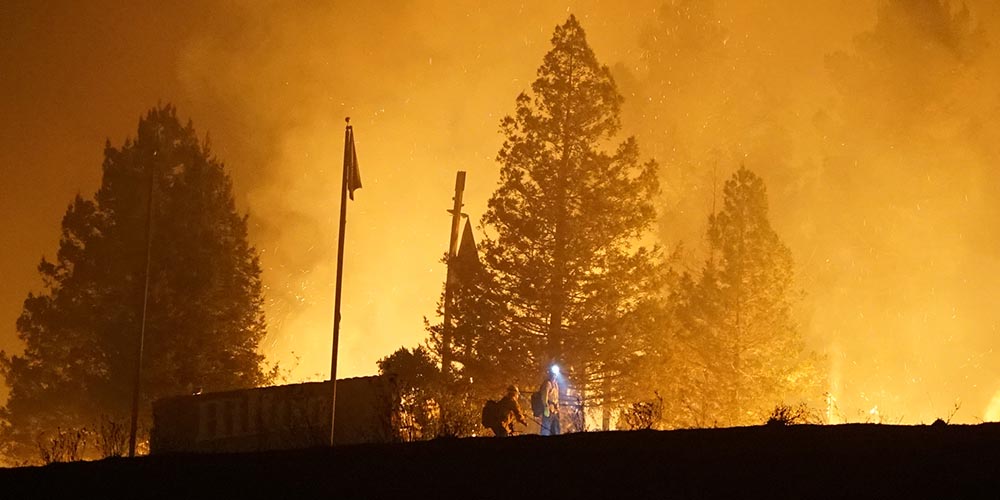 This is Climate Change
Participant Media and Condition One have teamed up to create this 4-part documentary series that spans the globe to look at how climate change is affecting people. The first part, which features Al Gore in Greenland, was actually at Sundance in 2017. The other three are all new and include immersive looks at drought in Ethiopia, deforestation for cattle ranching in Brazil, and the constant threat of wildfires in California. The Fire piece in particular features some very thrilling aerial photography. The more we put VR cameras on aircraft, the better. The series is directed by Danfung Dennis. 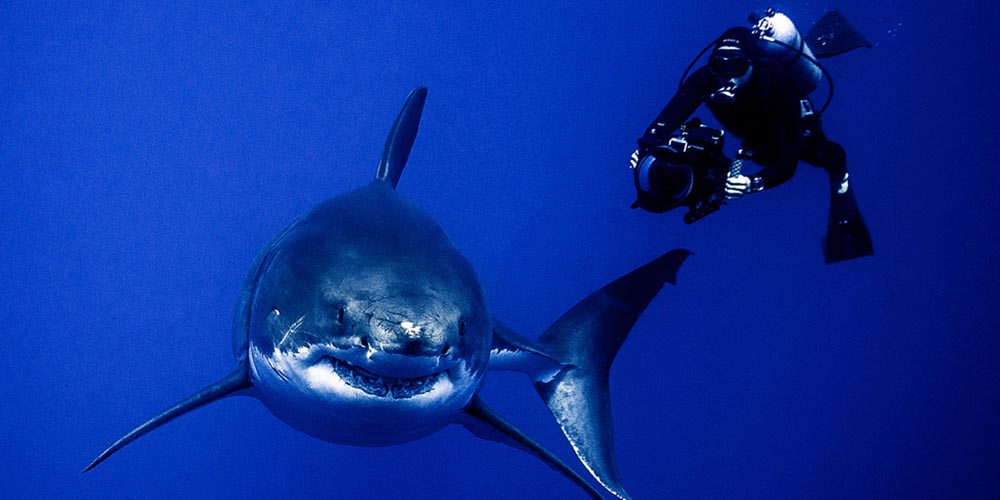 Into the Now
This incredible 360 documentary follows underwater photographer Michael Muller as he spans the globe to dive with sharks and all kinds of other sea creatures including whales, dolphins, and even alligators. The premise is all about facing your fears in order to live your greatest life, but the real star of the show is what might be the most incredible underwater VR photography to date. There is also some cool aircraft footage (see above). The piece is directed by Muller himself in collaboration with Ridley Scott and the Leonardo DiCaprio foundation. At just over 10 minutes, I'm sure Muller has a ton of other great footage. Here's hoping he puts together an even longer version where we just float with him underwater for hours on end. 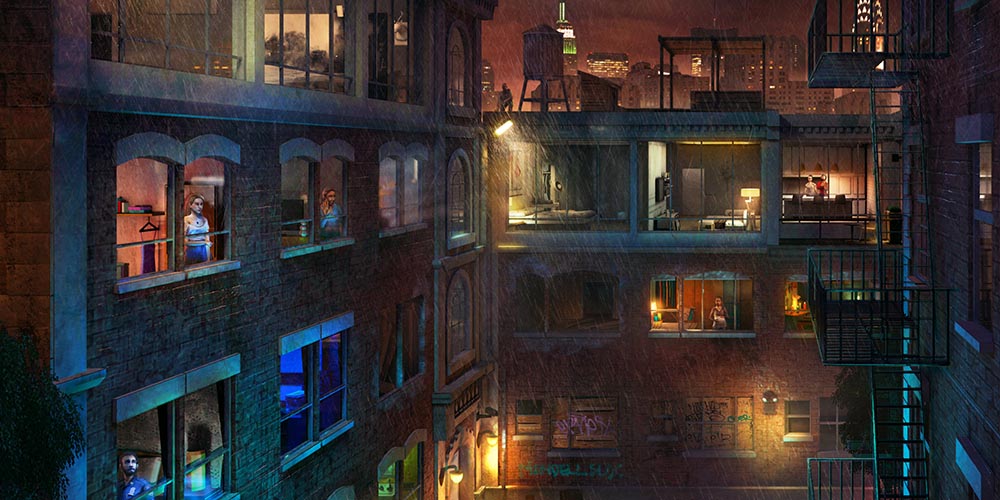 Fire Escape: An Interactive VR Series
This innovative series by iNK Stories places you as a (mostly) passive observer on a Brooklyn fire escape while all kinds of stuff goes down at the building across the way. You interact with the evolving story by zooming in and out of different 3D animated apartments as well as via your character's phone. It's a fascinating narrative device and done with impressive skill in this totally engaging story. 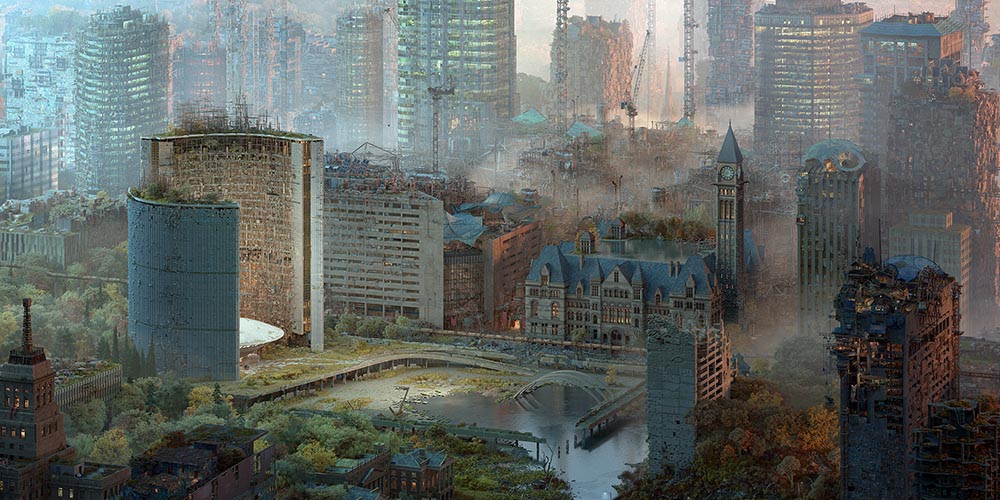 Biidaaban: First Light
The National Film Board of Canada and Anishinaabe artist Lisa Jackson have created this 3D rendered vision of a distant future version of Toronto where humans are no longer masters. Visitors are asked to ponder their role as disembodied First Nations voices recite prayers. The 3D renderings are quite impressive and the world looks very cool. 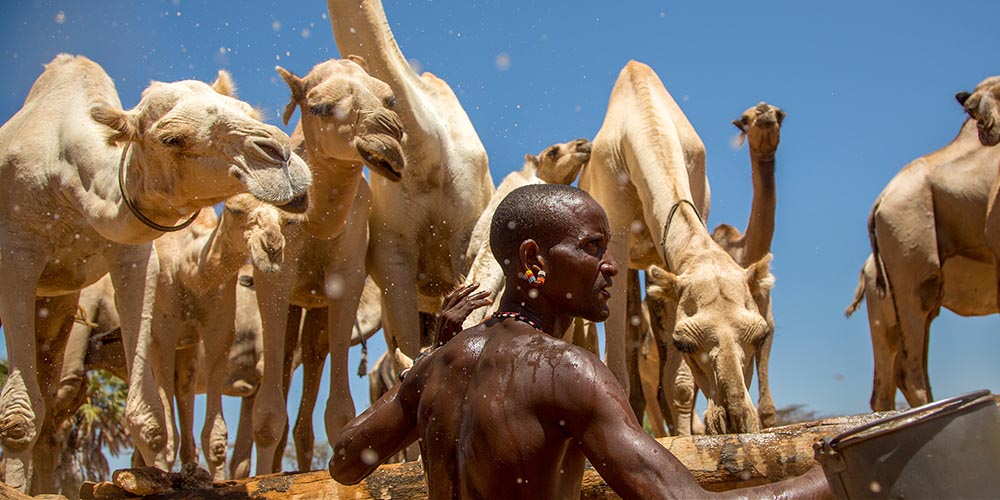 My Africa
Lupita Nyong'o narrates the words of a Northern Kenyan girl as she takes visitors on a 360 tour of life in her village. This mostly revolves around the the animals that are part of her daily life, including her goat herd and the elephants that roam nearby. We also visit a refuge for orphaned animals. Climate change and poaching are the backdrop for this piece that's produced by Conservation International, Passion Planet, and Vision3 with funding by The Tiffany & Co. Foundation, but it's this young girl's experience that's front and center and the piece is very well done overall. 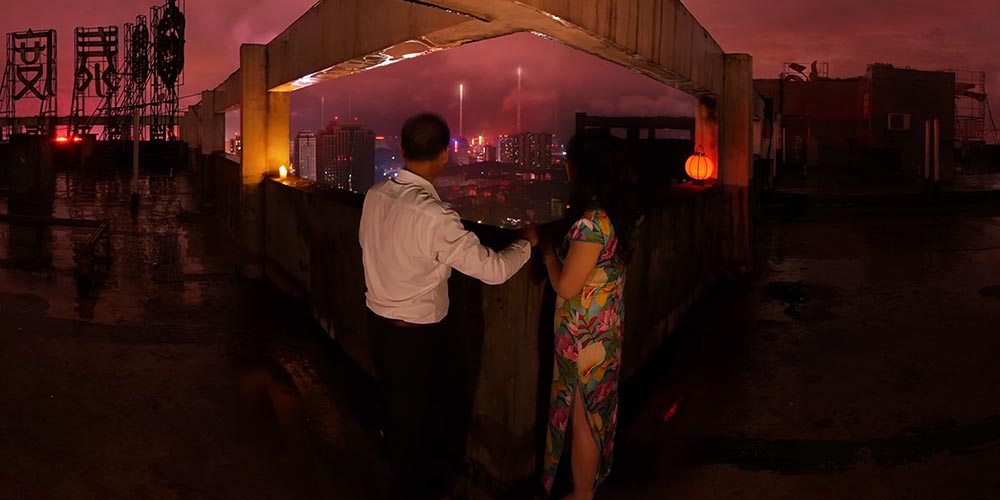 2:09
Directed by Svante Fjaestad, this very short Chinese-language 360 narrative uses a fixed camera to tell a sci-fi story. It's a human look at what two people would do in a difficult situation. It also features some pretty well done VFX. 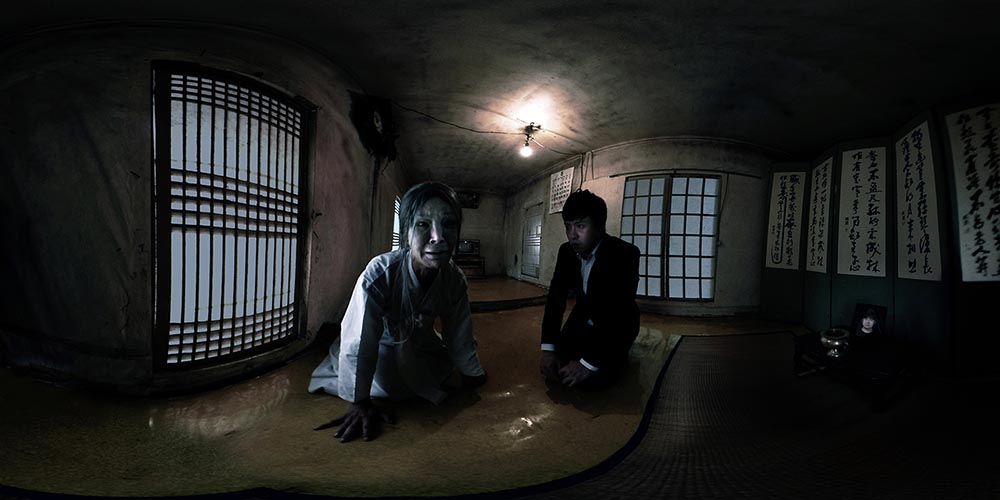 An Obituary
This Korean horror narrative uses both 360 footage and framed footage to tell a haunting story. You follow a man deep into some super creepy foggy woods to visit the home of his recently deceased friend. But what he finds there is pretty scary. The camera is disembodied and moves around at times, sometimes switching to a framed view. 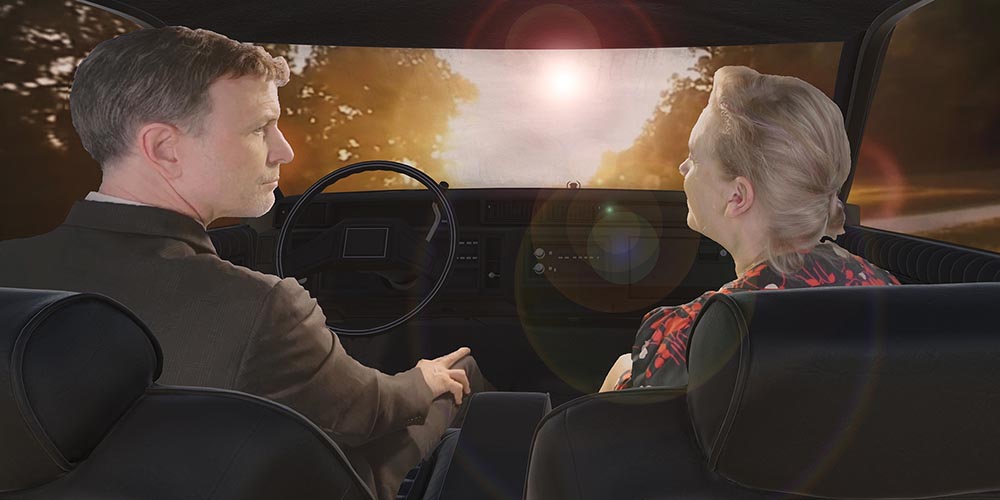 Queerskins: A Love Story
Illya Szilak and Cyril Tsiboulski's interactive narrative (dubbed "a haptic cinematic VR experience") places the visitor in the backseat of a car while a couple discusses their son (presumably you). While they speak, you can look through a box of books and other items that give clues to the story, including reading his diary. As we drive further, we learn their son died of AIDS and his sexuality was at constant odds with the couples' devout religious beliefs. It's an effective piece and quite striking. 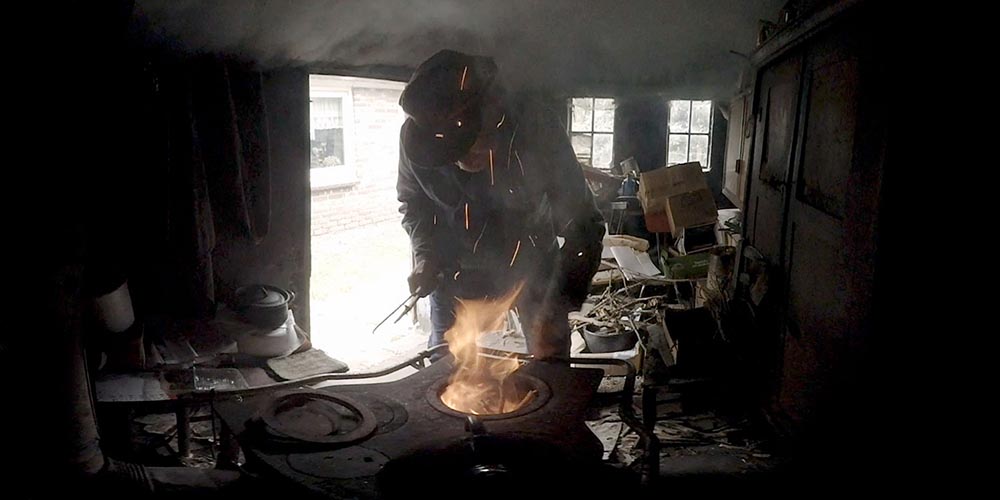 The Last Chair
Rutger Hauer narrates this 360 piece that follows a very old man as he goes about his simple life. It's meditative and almost hypnotic to sit right next to Egbert as he cooks, feeds the chickens, and thumbs through old photos. The way he lives is almost prehistoric -- which I guess is the point of this piece that it would be fair to call anthropological.