Indian Film Fest LA 2018 Review: IN THE SHADOWS, There Be Men And Monsters 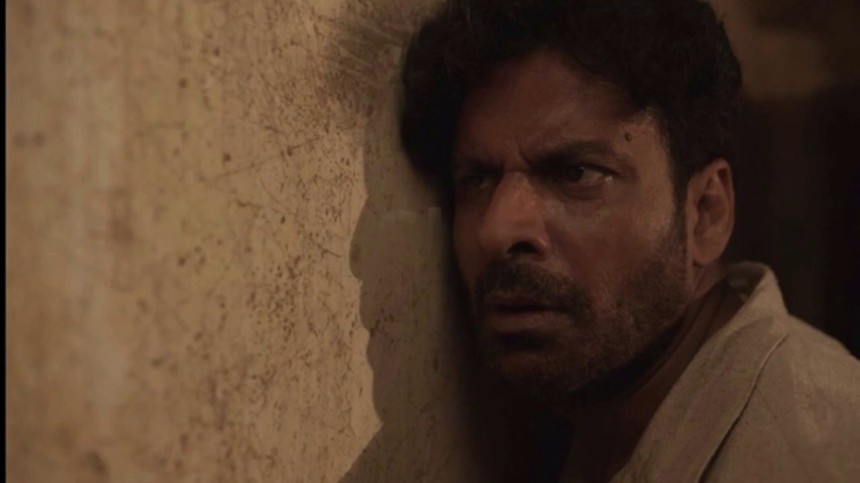 Delhi's dark alleyways get their closeup in filmmaker Dipesh Jain's Gali Guliyaan (In the Shadows), a psychological thriller about paranoia, isolation, and the long lasting effects of trauma.

Khuddoos (Manoj Bajpayee) is a loner, a man who lives vicariously through his neighbors and who sees the world through the dozens of security monitors he has set up in his sparse office. He's obsessed with watching, with the voyeurism that makes him both all-knowing and invisible at the same time. He speaks only when necessary, and one gets the impression he'd forget to eat if he weren't reminded. His only real connection is to his friend Ganeshi (Ranvir Shorey), who helps to makes sure Khuddoos is fed and taken care of and protects him from the anger of the locals who don't trust him or his creepy ways.

Intercutting with Khuddoos' story is that of Idu, a young boy for whom the labyrinthine streets and back alleys of Delhi are a playground. His rather carefree life is mostly spent careening from rooftop to rooftop to peep on the adults around him and trying to understand the world he's destined to find himself in someday. When he spies his father carrying on an affair with a woman who is not his mother, a put upon woman who is attempting to raise Idu largely on her own, his world begins to crumble and he doesn't know how to put it back together again.

When Khuddoos thinks he hears the cries of an abused child echoing through the streets he calls his own, he feels compelled to find the sufferer and save him. This leads to numerous confrontations with the locals and increasing suspicion of of a man who is already questioned for his odd manners. Days turn to weeks and months while Khuddoos attempts to connects dots that may not even exists and before long his tenuous grasp on reality is pretty much a thing of the past. Will he find what he's looking for? How does Idu fit into this mystery? The film wraps everything up in a bow by the end, but the journey is well worth taking.

In the Shadows is Jain's first feature after years making successful short films and graduating from USC film school, as well as the Berlin Talents program, the Sundance screenwriting lab, and being a DGA award recipient. That's a lot of pressure on a young filmmaker to make something worthwhile, but it's also a lot of help that really pays off in this layered, effective, and cerebral film that really works well. Jain's direction and writing really shine in this feature, giving Manoj Bajpayee - one of India's finest talents - plenty to work with, and he takes the ball and runs with it.

While In the Shadows does suffer a tiny bit from its desire to stay intentionally vague and mysterious, Jain's talent clearly shows through and makes this film one to seek out as well as a solid calling card for future projects. If he can maintain this level of quality, Jain can certainly carve out a niche for himself in the increasingly viable world of Indian indie cinema, though I'd be interested to see what he can do in other locales as well, as his style seems well suited to the kind of urban cinema that is largely universal.