This horror anthology stands apart by having its wrap-around story be the best of the bunch. 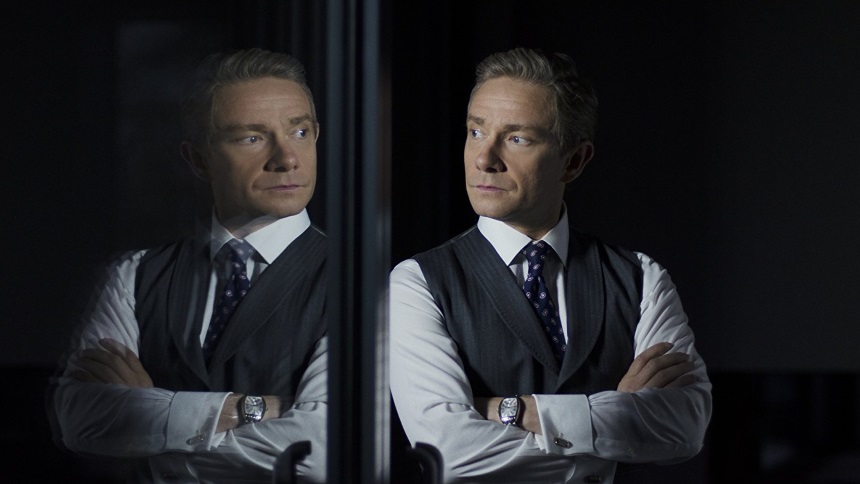 The film Ghost Stories has an unusual pedigree and conception to say the least. The brainchild of Jeremy Dyson and Andy Nyman, it first saw life as a very successful stage-play in 2010. Britain has a rich history of horror on stage, but most of the famous plays in this genre focus on the Victorian age. Dyson and Nyman wondered if you could use the tropes of contemporary horror films, in contemporary settings, and bring those to life on stage? The result of that question became Ghost Stories, the stage-play, and eight years later, it has sold half a million tickets at performances around the world. That's quite a success indeed, and several studios have been toying with ideas of adapting the play to film.

But what happens when you adapt such a play back to film? Wouldn't you just get all your tropes back into a very regular horror film? Dyson and Nyman refused to sell their property and decided to take on this challenge themselves. Instead of a straight adaptation of the stories in the play, they focused on the source of their love for horror: the Amicus anthologies of the sixties, The BBC Christmas specials of the seventies, and the Ealing Studios 1945 film Dead of Night. What sets that film apart among horror anthologies is that its framing story is actually the strongest one, with the separate segments all supporting the main plot. 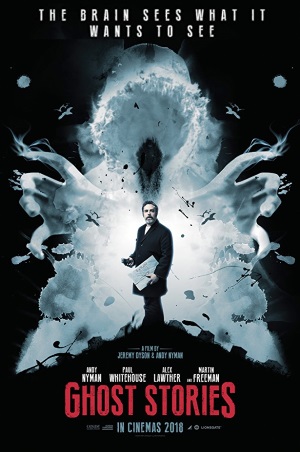 The biggest praise I can give Ghost Stories is that it manages to do the same thing: while the separate ghost stories are pretty well done, it is the central story-line which actually holds the attention.

In this plot, we follow professor Goodman, a famous myth debunker who doesn't believe in the supernatural. He gets challenged by an older colleague to solve three supposedly unsolvable cases, and intrigued, Goodman takes them on. The three ghost stories do not seem all that special at first, but as they say: the devil is in the details...

As I hate jump-scares (fake or not) with a vengeance, it didn't take long before Jeremy Dyson and Andy Nyman had me cursing out loud. "So that's how you want to play it, huh?" I thought. Thankfully, Ghost Stories has more to it than just cheap thrills.

For starters, you get great acting from the entire cast, whether it is Paul Whitehouse as an emotionally destroyed nightwatchman, or Alex Lawther as a student who is almost perpetually petrified with fear. Martin Freeman comes across as smarmy and irritating, until you realize he's playing someone who is smarmy and irritating, which is the moment his performance adds a few layers. Andy Nyman presents his central role as a likable enough person who gets increasingly annoyed yet disturbed by the cases he's confronted with.

All in all, Ghost Stories is another recent strong entry in the field of horror anthologies. It's a tad too jump-scary to my taste, and none of the stories are mindblowing, but it is cleverly made and the film is obviously filled to the brim with love for the genre. It shows the horror anthology is far from dead, and remains a great sub-genre to play around in, provided you enter it with a clear idea and a unique focus.


Ghost Stories is currently playing festivals (it was the closing film of the IMAGINE Festival in Amsterdam this year, which is where I saw it), and can be seen through VOD as well.