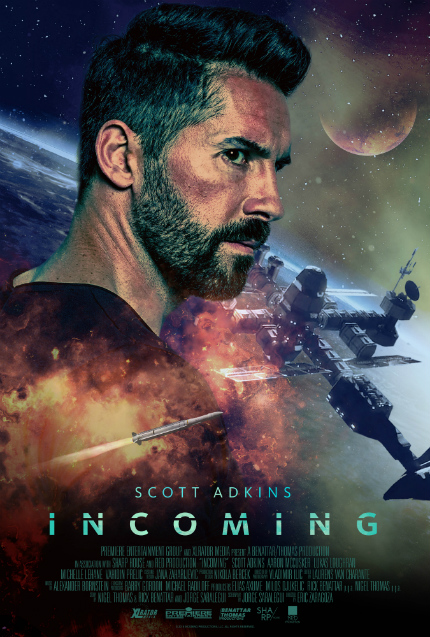 If there is one thing in this crazy film world that we can depend upon, it's that Scott Adkins will always kick butt, no matter if he's embodying a mixed martial artist, a debt collector, or a rogue CIA agent in space as he is doing in his starring role in what I'm sure will be a rousing sci-fi action thriller, titled Incoming.

The setting, however, helps to make this a unique and distinctive experience for Mr. Adkins. He stars along with Aaron McCusker, Alaa Safi, Michelle Lehane, and Dominic Power. Eric Zaragoza directed. Here's the official synopsis:

"The International Space Station is now a prison -- the ultimate black site. No one's getting out. And no one knows it's there. But when the imprisoned terrorists take over the Station and turn it into a missile aimed at Moscow, only a shuttle pilot and a rookie doctor can stop them. Their task is complicated by a rogue CIA agent (Scott Adkins) who has his own plans for the station and the terrorists within."

If you read that and said to yourself, 'Oh, sure, that sounds great, but lemme see some for-real fisticuffs.' I would answer, 'What the what? What is wrong with you? OF COURSE Scott Adkins will be featured in some terrific fight scenes! He could fight his way out of a paper bag in front of a mirror and make it look dangerous and exciting!'

Then, of course, I would sigh and say simply: Watch this.

So, watch our exclusive trailer below, and then clear your calendar for May 4, which is when Incoming will open in select theaters. You can thank me later. 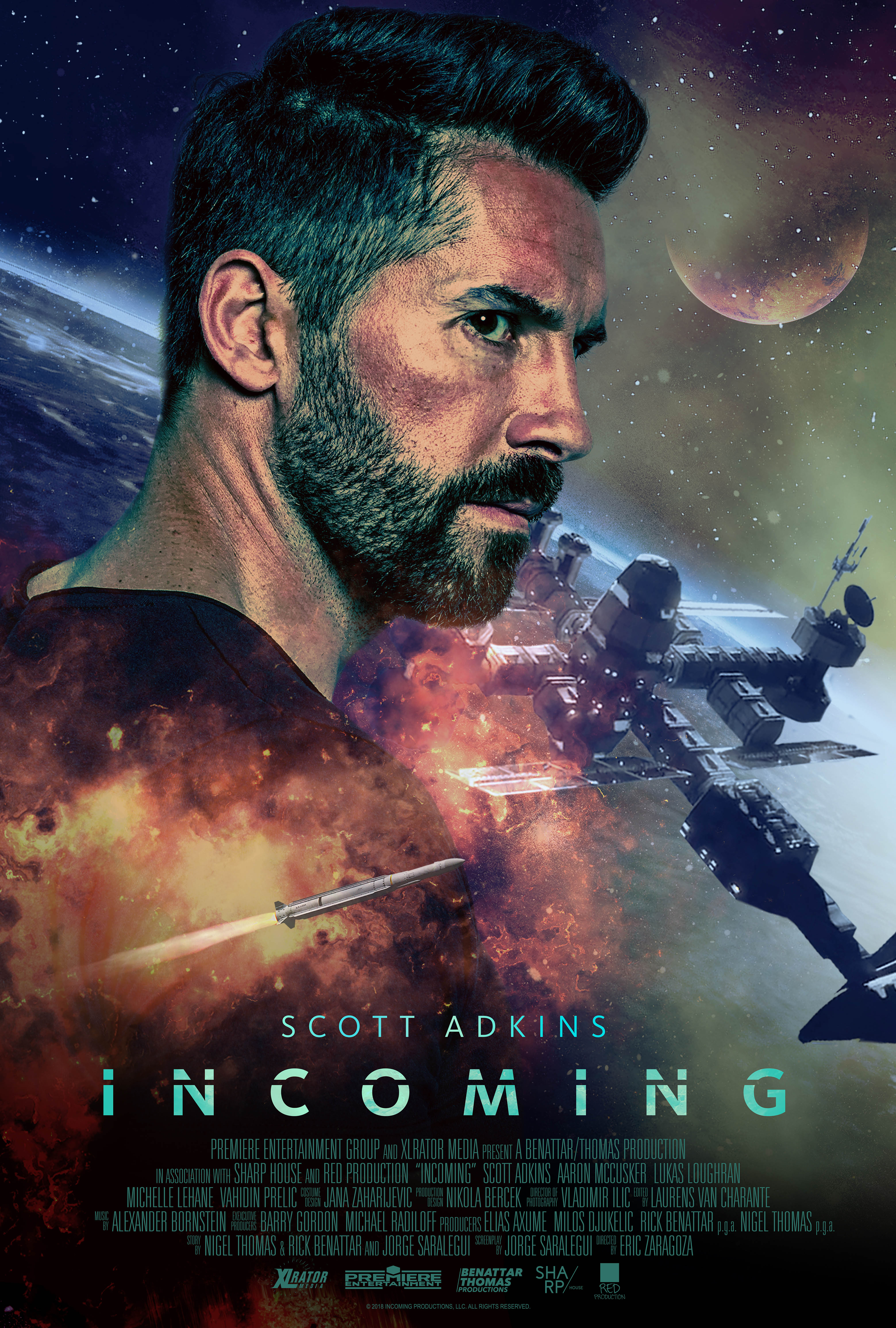 Do you feel this content is inappropriate or infringes upon your rights? Click here to report it, or see our DMCA policy.
Aaron McCuskerAlaa SafiDominic PowerEric ZaragozaMichelle LehaneScott Adkins