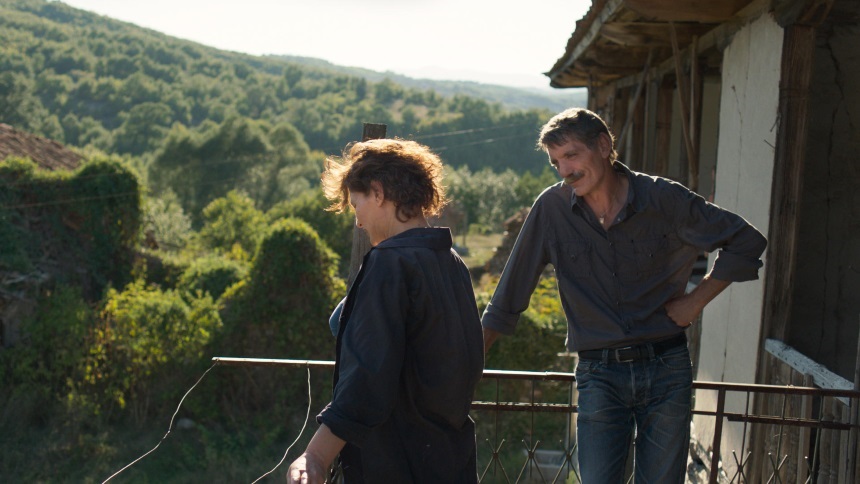 Valeska Grisebach's new film Western takes place, ironically, in Eastern Europe, the narrative following a group of German builders on a construction site deep in the remote woods of Bulgaria. But the title immediately provides its viewers with an interesting filter: the Germans decorate their site as a fortress base, flags and all, while locals from a nearby village are seen as poor, unintelligible, untrustworthy and uncivilized.

When the workers have to stop constructing for a while because of a temporary lack of building materials, they get bored. And in the hot summer, tensions rise, leading to boorish behaviour. One of the workers is Meinhard, a quiet army veteran who starts wandering through the countryside. After several trips to the Bulgarian village, he manages to befriend some of the local farmers, and starts feeling more at home with them than with his co-workers. 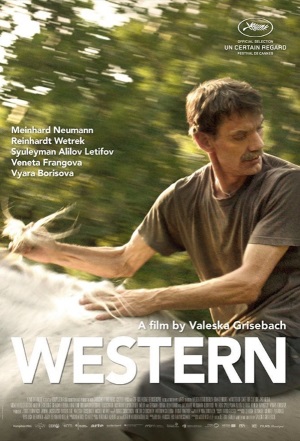 What will happen next? Will Meinhard "go native" and how will his colleagues view that? Is everyone gearing up for a massacre? Or will it all end in song and dance, with heroes? I'm not telling, and for a long time, neither is Valeska Grisebach. Western is a slow, sedate film, yet all these outcomes remain possible for a long time. Instead of pushing for a grand finale, Grisebach focuses on transporting the audience to Bulgaria. And with success: despite the winter cold at the International Film Festival Rotterdam, for nearly two hours I could almost feel the summer sun on my face as I followed Meinhard in his "western".

The sense of authenticity is in part achieved by using real German construction workers and Bulgarian locals, with only a few non-amateur actors among them. Much of the misunderstanding and discomfort shown between the two groups in the film is entirely genuine. Meinhard himself is played by Meinhard Neumann, a first-time actor who is a stoic, leathered presence. He turns out to be absolutely fantastic in a scene where his composure suddenly breaks for a moment, one of the most moving bits of film I've seen yet this year.

While Western may probably not end up in any of my "best of" lists, the film manages to stick around more than I expected, and the memories I have of it are pleasant indeed.

Audiences in Rotterdam really appreciated the film as well, giving it a rating of 4.0 out of 5.