Oxford Film Festival 2018 Dispatch: A Weekend of Cinema and Community in The Little Easy

What is a film festival?

In my ten years attending such events -- sometimes as a critic, other times as a filmmaker and then a programmer -- this is a question I continue to ask every time I step into the gauntlet. I do not ask this with a negative bent. Nor do I hold it in an outright positive fashion. I do not expect to find an all encompassing, definite answer. As an inquiry, this is a reminder to remain aware of the culture and community you find yourself awash in. Perhaps this is a little Taoist in approach. This question offers nothing and everything at the outset. It is the center. It is a compass pointing in all directions and thus none. And so the question then becomes "what is a film festival in this moment?" and quickly in succession: "what is a film festival moving forward?"

I feel this is also a key question and state of awareness for any respectable festival team who is prepping and producing such an event. For a few years now I've had the hunch that executive director Melanie Addington and her staff at the Oxford Film Festival are active in this so-called forever quest; a pursuit that is refined and redefined like the medium itself. It was not until this past weekend, February 7 - 11, when the 15th Oxford Film Festival took place, that I had an opportunity to find out for myself.

As I move further and further away from traditional film journalism (if that is even a thing) and more into what I would currently call personal travelogues and essay's about filmgoing and the culture of filmgoing, attending a plethora of film festivals keeps me attentive to these pursuits and what they mean to me, day in and day out... especially on days like today where I am coming out of the reverie that one can feel at a film fest.

In the fall of 2017, when I attended the Milwaukee Film Festival, I offered the following assessment:

While cinema may be cultivated at heavy hitter fests like Sundance, it is my belief, as someone who attends a plethora of fests far and wide, that the culture of cinema itself only becomes sustainable through regional and mid-sized city festivals. In a digital world where our attention for entertainment and narrative is constantly fractured and divided I cannot emphasize this enough. Why exactly? At a film festival the films come to the people (not the industry) and their appetite for them is absolutely voracious.

I extend this observation and experience to the Oxford Film Festival. Along with a handful of others like Slamdance, Cucalorus, Sidewalk and Fantastic Fest, I can attest that Oxford very mindfully brings the industry inside their doorstep, offering them community building in an environment many of them often feel the most comfortable in (and also don't experience as much as they'd like). At 15 years deep, the fest has also been able to have a major hand in building a local industry with direct extensions to major markets across the globe. Oxford cultivates an inclusive and hospitable environment, where the vibe is seamlessly at ease and smiley (a testament then to the staff and volunteers who do the heavy lifting). During my handful of days in Oxford I was never more than a few steps away from a friend and fellow filmmaker ready for earnest conversation. And nor was I ever far from a new and interesting cinematic experience.

What is a film festival?

So often there seems to be an overwhelming drive to find the next big thing, to ride the buzz and be on the up and up. While I won't pretend that these things aren't important, I believe the major film festivals tend to lean so heavily on these elements that they forget about people power: the resonance and direct community that can be cultivated in such environments for the better. I also believe that when one emphasizes the need to see the next great movie and only the next great movie or else be sorely disappointed, we lose a grasp on the art of filmgoing itself. So, what is a film festival? Why a constant reminder of that nuance, push/pull, ebb and flow of filmgoing.  By the very act of it, and not the results, us cinephiles know it to be better than church... and just as profound. This year's Oxford Film Festival proved all this and then some.

Having said that, it is now time for me to share some of my filmgoing highlights from the 2018 Oxford Film Festival in the form of capsule reviews. Click through the illustrated William Faulkner, Nobel Prize winning ghostly mascot of the fest, and enjoy! 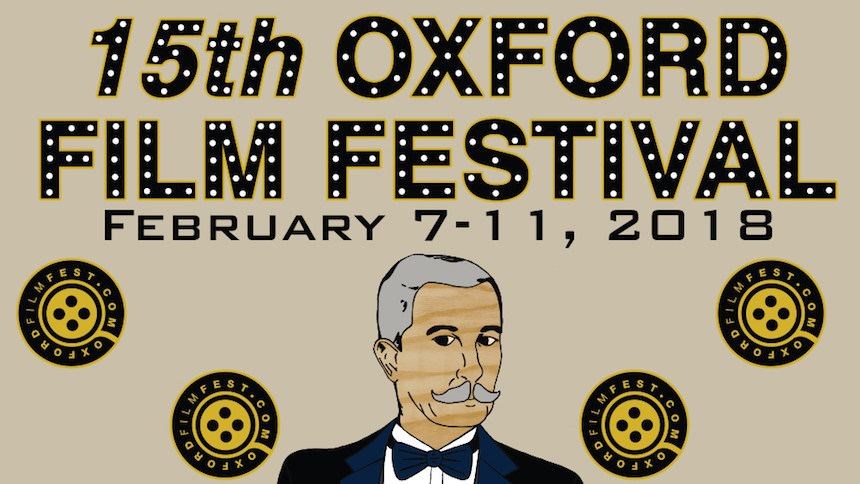 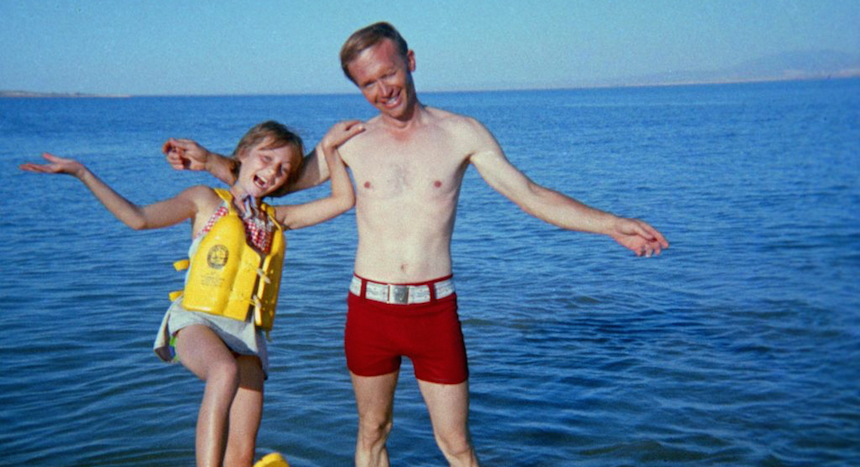 Oxford's emphasis on women in the director's chair and documentaries with bite comes to a head in a film that will cause quite the gut-wrench for true crime buffs and those friends of their's who have to tolerate such dark obsessions.

Director Skye Borgman presents the stranger-than-fiction tale of The Brobergs and their sociopathic neighbor who has designs for then 12-year old Jan. Abducted in Plain Sight chills and shocks without ever losing the heart of the matter: the people themselves, in all their complexities. It helps that The Brobergs are readily honest and up front about the many years they were manipulated and ultimately brainwashed by Robert 'B' Berchtold, a charismatic fellow member of the Broberg's LDS church in Idaho. Borgman's choice to reenact the two kidnapping situations which Jan found herself in help illustrate -- along with home movies, declassified recordings and current interviews -- the harrowing nightmare. Shot on 8mm film and handheld, it is the rare time that this technique actually feels of the piece, adding to the visceral and intimate feel of The Broberg's story. 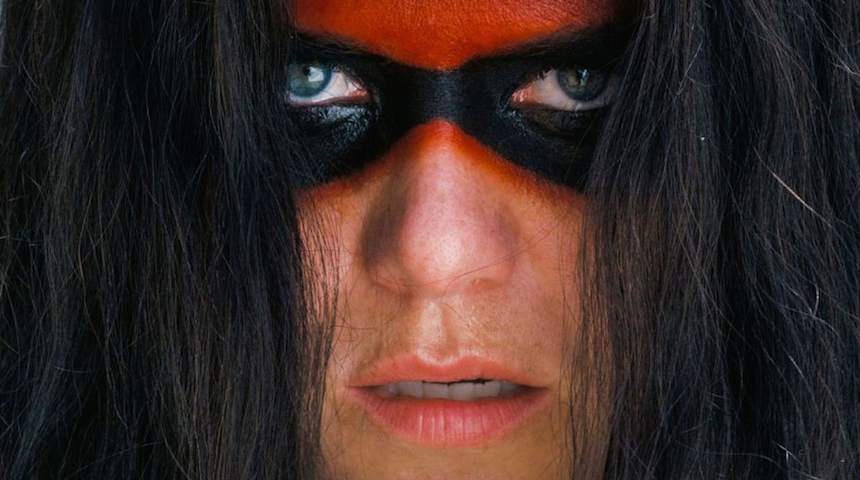 Ted Geoghegan's follow-up to his haunted house debut We Are Still Here isn't so simple to classify. And that's a very good thing.

Set during the war of 1812 in the Mohawk Territory of New York State, Mohawk crackles with an energy that feels equally inspired by naturalism and exploitation. It is this fluidity with notions of what genre should be or needs to be that helps illustrate the more nuanced avenues the film explores around representation: politically, ethnically and sexually. Shot with natural light and featuring a bristling breakout turn from Kaniehtiio Horn, Mohawk is a smart, compact yet complex and indeed very fun flick. Check it out on VOD starting March 2. 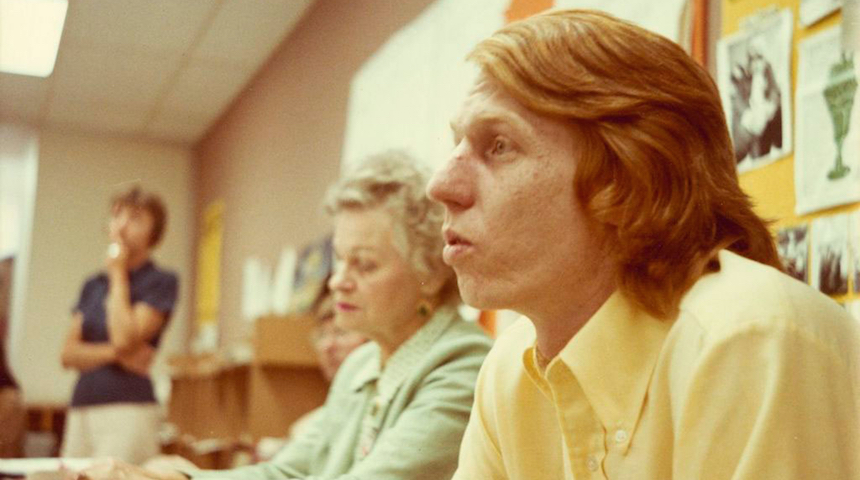 While the form of Nick Taylor's new doc may not be all that radical, you can bet the content and subject is. Covering the life and times of ACORN (Association of Community Organizations for Reform Now) and its founder Wade Rathke, the film is an adept first hand look at the ins and outs of what it means to be a community organizer helping low to moderate income citizens gain their voice. It is also a great reminder that under the insidious onslaught of capitalism we still have a ways to go with human rights, human identity, inclusion and ultimately empathy. 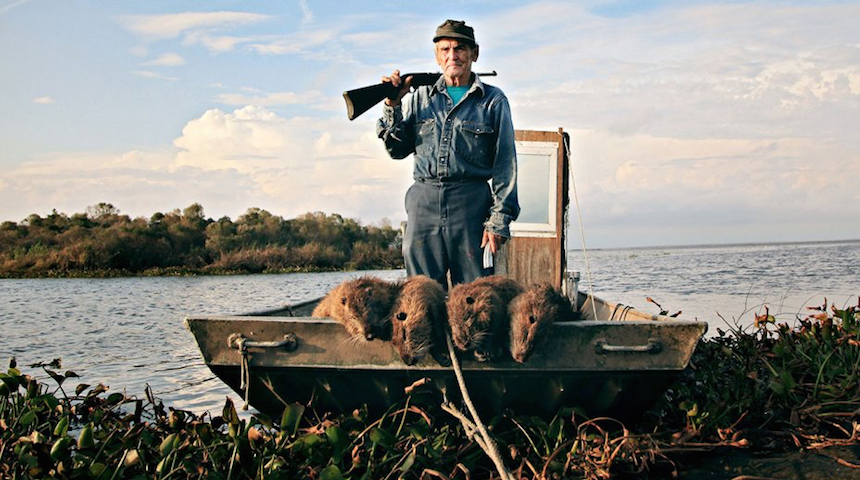 Directing trio Chris Metzler, Quinn Costello and Jeff Springer take audiences to Louisiana where a monumental threat to our natural resources on all coasts has been amassing for decades. Enter: the nutria, the rodent scourge that is causing havoc on the wetlands' health and growth.

Rodents of Unusual Size takes a multi-sided approach to this invasive species issue, highlighting the hunters who get paid five bucks a tail/kill, to the sustainable fur trade that is growing in the area, to those that keep nutria as pets, plus the direct and far reaching impact on infrastructure; from roads, levees and bridges. If you think this sounds boring, you're absolutely wrong. For those that got The Princess Bride reference in the title, know that the film is indeed a very playful affair, celebrating the Cajun culture that always seems to be on the cusp of extinction with aplomb. With an excellent balance and understanding of the micro and the macro, Rodents of Unusual Size will no doubt make an entertaining and informative double feature with Theo Anthony's avant-garde counter weight of a motion picture, Rat Film. 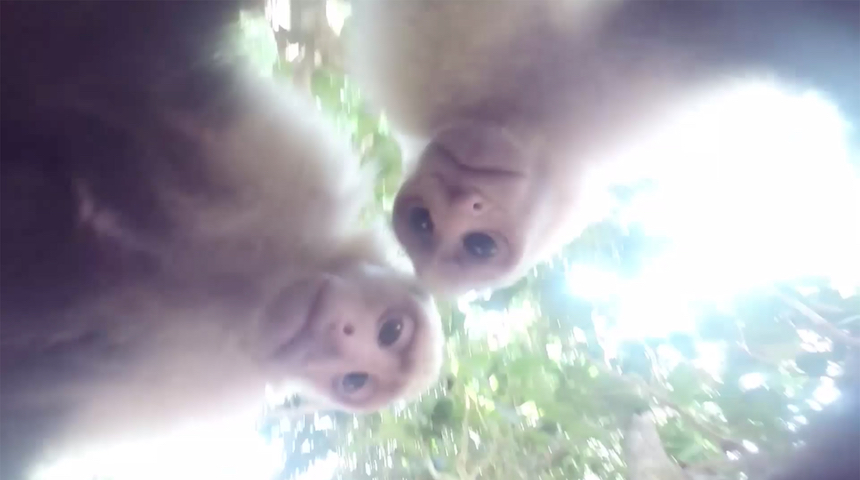 I love short films. I love weird, experimental and challenging short films. I don't think they get enough attention in our field. While I try and attend at least one shorts block for every film fest, it can be hard to muster coverage on a batch of films that many readers may not be able to see anytime soon. But with the advent of Vimeo, those waits seem shorter and I feel confident in saying you should be seeing some of these nifty experimental and animated flicks before 2018 is out.

Working like a memory of a dream with wild turns in style and tone, the Fest Forward block, from programmer Valerie Guinn Polgar, offered up trippy meditations on sexual abuse (Stavit Allweis' Cooking with Connie), a stop-motion take on gender and identity (Emily Wong's Trumpet Man), a film composed entirely by animals who are manipulating the camera (Emillio Vavarella's Animal Cinema), and my absolute favorite cinematic experience at the festival, Greg Condon's minute long Disillusionment of 10 Point Font, which is animated using only a typewriter. Yes, you read that right. God damn is it good.

The film is a clusterfuck of masculine/feminine insecurities, artistic ambitions dashed and typical New York City livin'. Adeptly highlighting what friendship can mean at middle age, Bernard and Huey wins in the performance department. Rash gives an irksome and relatable turn as Bernard, the dweeb who grew up. Fans of Community know first hand that a performer of Rash's caliber can take a seemingly asinine character like Dean Pelton, then make waves by adding layers. Koechner's Huey is the perfect opposite for Rash to achieve this push/pull. Indeed, it is a pleasure to see the two men bounce off each other on screen.

Do you feel this content is inappropriate or infringes upon your rights? Click here to report it, or see our DMCA policy.
Abducted in Plain Sighmohawkoxford film festivaloxford Mississippirodents of unusual size