Milwaukee Film Festival 2017 Dispatch: A Weekend of Cinema & Culture in The Brew

On my first day in Milwaukee I learned a new term : Cream City Brick.

Hold on a second and say it aloud. Let it roll around in your mouth. Cream City Brick. There's something very satisfying about the combination of those words, isn't there? There's a real weight to them. You can feel it. You can feel a history in them. The history of a city, and the history of its people.

When traveling in general, discovery with context is everything. When traveling to film festivals, getting a real sense of the place you're visiting to, yes, watch as many movies as you possibly can, only enriches such viewing experiences. Milwaukee is widely known for its beer brewing legacy, its socialist mayors and its Civil Rights history. With three intersecting rivers at its center and sixteen bridges to accommodate, it is a literal city of crossroads and borders; islands, ferries, water ways; lines visible and invisible. On the edge of one of the largest lakes in the world, Milwaukee is a city in flux, wearing its history in plain sight. There is a grandness here that goes back to its Germanic and Indigenous roots. There is also a weathered and weary sense of self in the bones of this place. Like many American places east of the Mississippi, the Old/New World energy here almost feels mystical, haunted... . And then there is a post-civil war industry; a modern world in strife. Like anywhere, you hear the echoes of this through a city's culture, politics, racial divides and its relationship to the arts: the progressive touchstone of humanity. A place where empathy and action can perhaps be refined.

True to its myriad nature, Milwaukee has many nicknames. One of them is the City of Festivals, so it's rather fitting that in its relatively short 8 years, the Milwaukee Film Festival has become one of the largest film fests in the United States, now averaging 72,000 attendees in its two-week run. The passion for a diverse array of cinema was evident early on in my arrival. At each screening I attended on Friday, nearly half if not more of the audience were Milwaukee Film members... thus insuring a robust series of foreign language and independent films are seen throughout the year here in Cream City. While cinema may be cultivated at heavy hitter fests like Sundance, it is my belief, as someone who attends a plethora of fests far and wide, that the culture of cinema itself only becomes sustainable through regional and mid-sized city festivals like Milwaukee. In a digital world where our attention for entertainment and narrative is constantly fractured and divided I cannot emphasize this enough. Why exactly? Here, the films come to the people (not the industry) and their appetite for them -- as was evident at the majestic movie palaces the Downer and The Oriental --  is absolutely voracious.

Like the city itself, my dispatches from the 2017 Milwaukee Film Festival will be an odd and beguiling assortment of things: part travelogue, half culture blog, with some movie reviews, of course. And to start things off, here's a look at a trio of flicks that couldn't be more wildly different from each other. 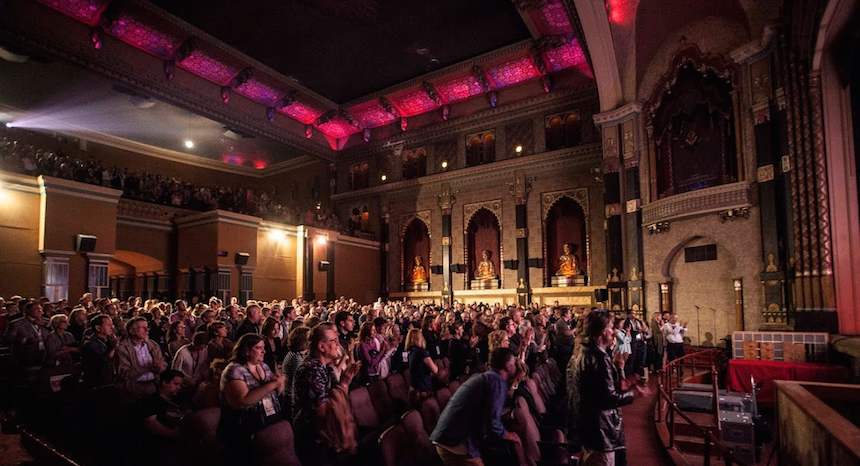 Click through the image of The Oriental Theater for our first gallery of reviews from the 2017 Milwaukee Film Festival. 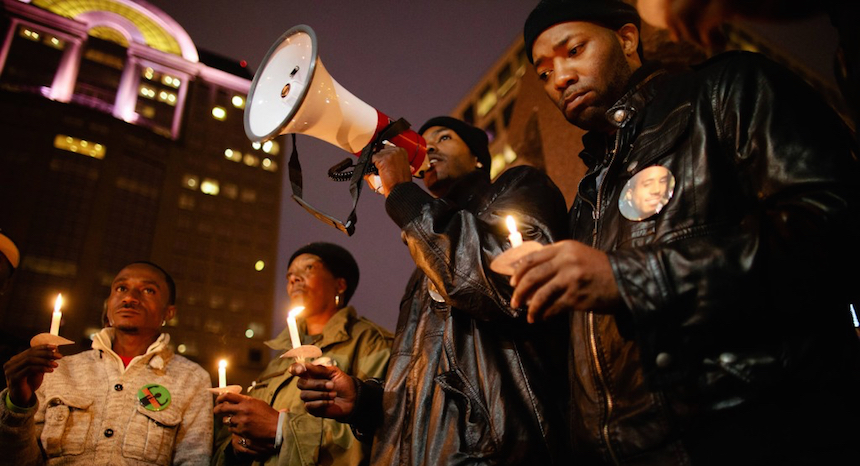 The Blood Is At the Doorstep

On April 30 2014, in the middle of a busy afternoon in Downtown Milwaukee, Dontre Hamilton was shot 14 times. Killed at the hands of MPD officer Christopher Manney, the 30-year old was wrongfully presented by the department as "homeless and an armed robber."

Eric Ljung's feature doc debut follows the aftermath of the shooting, giving focus on Hamilton's family as they build support for proper investigation into Dontre's death. The film works best as a front-line story, chronicling how the family's grieving process goes hand in hand with political action and justice, which ultimately highlights the dangerous and deep nuances of institutionalized racism in America. Through a bevy of court appearances, town hall meetings, protests, commissions and press conferences, Ljung's work eschews filmic sensationalism. Instead he opts for a clear-eyed examination of how a system on its knees still manages to do a lot of damage to its communities and the citizens, like Nate and Maria Hamilton, who willingly take the lead in cultivating not just a better tomorrow, but a better today.

Yuri Ancarani's experimental doc is a wild and strange tale painted on an epic canvas of great affluence and adventure, where anything could happen and nothing much does.

Ancarani sets his camera on the beguiling world of amateur desert falconry which it seems every mega-wealthy sheik in Qatar is obsessed with. The filmmaker has an extraordinary aptitude for capturing the everyday majesty of waiting, its absurdity magnified ten fold by men who are so rich it seems they do not have to do anything productive with their lives. While the film can be seen as a treatise on the dangerous excess (and utter hilarity) of wealth, it is also a celebration of passion, in whatever form it may come in. For these sheiks it is buying falcons for 25k, then chasing them across the desert in their range rovers as the birds of prey hunt pigeons.

The Challenge is a pure cinematic treat, belying expectations at every turn, and offering up some of the most exciting and curious imagery of the year. 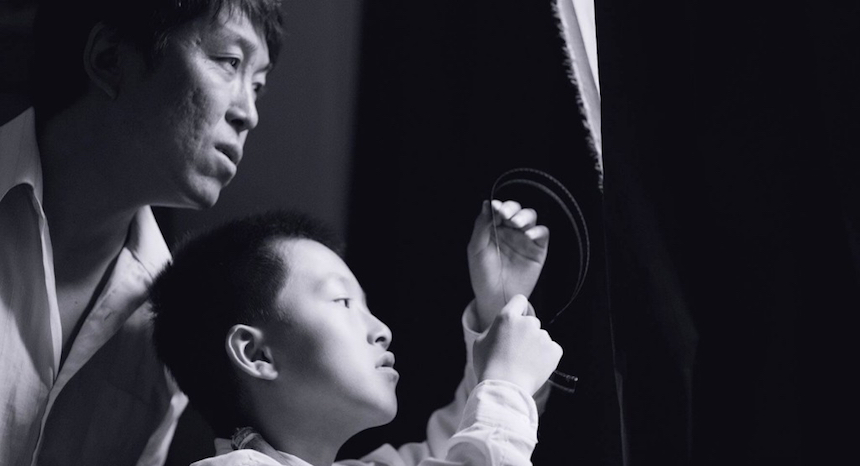 The Summer is Gone

Taking cues from masters like Ozu and Yang, Zhang Dalei's debut feature is, at first glance, a gentle and poetic take on what it was like to grow up in Inner Mongolia in the early 1990s. But look closely and you'll see a lot more going on. The director's ability to interweave domestic moments into the larger socioeconomic frame work is admirable, especially as we gain access to a time and place that has mostly been left unseen in cinema until now. The majority of the film avoids the kind of syrupy nostalgia a childhood memoir can brim with, instead relating the last days of a youthful summer with the ongoing depression and disillusionment of the adults that find themselves caught in a world of endless hard work and empty promises. Zhang's choice to shoot the film in stark black and white is an on-the-nose if still powerful point on how much the region has changed in 25 years. Indeed, the quiet world on display in The Summer is Gone has all but disappeared in the wake of the hyper-modern spectacle that is new China.

Do you feel this content is inappropriate or infringes upon your rights? Click here to report it, or see our DMCA policy.
Dontre HamiltonMilwaukee Film FestivalMKE FilmMKE Film FestThe Blood is at the DoorstepThe ChallengeThe Summer is GoneYuri AncaraniZhang Dalei