Chilean Cinema of 2017 has been quite a ride. No one expected certain films to be good, and they were, some expected certain films to be masterpieces, and they ended up being among the worst dreck of the year, even taking into account the production that the rest of the world adds up to our continuous travelogue of film watching. Even some films that we never thought we'd see enter the roaster, and there's nothing more enticing than being constantly surprised.

If anything has been certified this year is that independent Chilean cinema is still the safest bet at the moment when it comes to quality, as none of the films supported by big companies and even with international co-productions managed to get big responses from the audience. The most talked about Chilean film of the year, A Fantastic Woman, isn't on my list, but it's heartwarming and it makes me happy that the work of Lelio and Daniela Vega have been discovered abroad. It's my unofficial number 11 Chilean film of the year, so it's not that I dislike it, but that I think that there are 10 better Chilean films this year, which speaks of the high quality level of this year in particular.

So, without much else to add, I leave you with what I think are the 10 best Chilean films of 2017. They are original 2017 films released on festivals or theaters, no 2016 carry-overs or delayed releases. The first 5 are in order of preference, the next 5 are in alphabetical order. 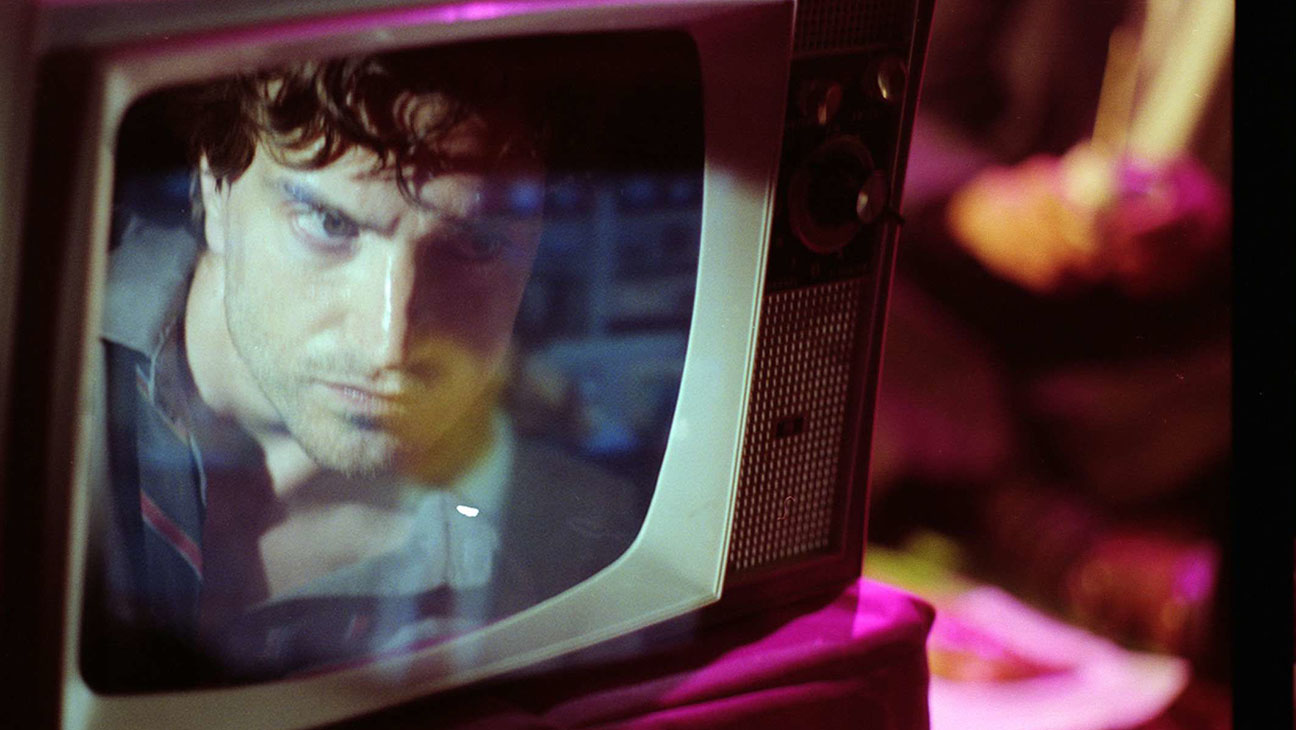 Since I saw the film at the World Premiere at the Locarno Film Festival, not only this film has turned into some sort of "cause" for me, as I put it in every list and I speak about it with everyone I meet, but it's also quickly becoming one of my favorite films of Ruiz and Chilean cinema in a long time, after seeing it 3 times in different circumstances. It's a weird film, it was filmed in 1990 but never edited until last year, when 6 years had passed since Ruiz's death, yet it still manages to be a fresh and innovative film, speaking about us and the moment we live, specially in its relation to our media consumption, TV, and political moment. Nevertheless, it's still one of the funniest comedies that have come out in years, and it's filled to the brim with nods and winks towards the Chilean audience, but I think the humor might be universal enough for all to understand and enjoy. 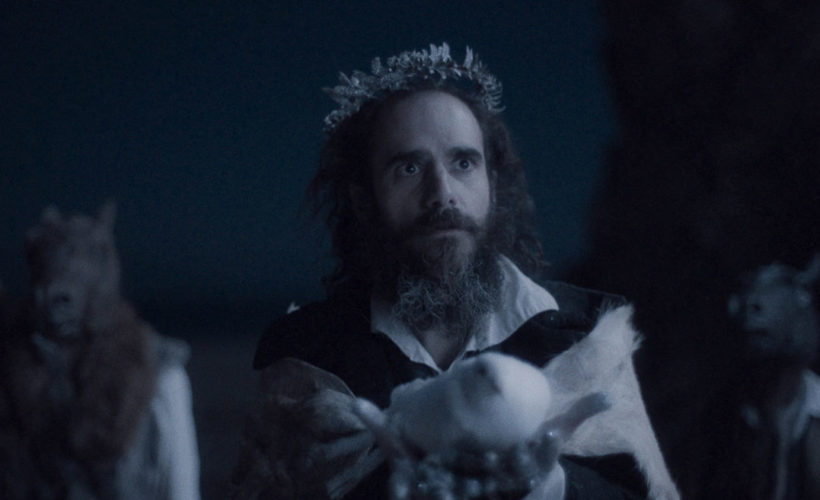 The story behind the making of the film is as equally interesting as the visual style and the real history that fuels this marvelous piece of cinema. Niles Atallah spent almost 10 years making this film, part of that time was spent waiting, as the footage shot on film was buried underground so it would rot and give it the special look that it has, as if it were a film shot at a moment when film didn't exist (early 19th century). It tells the story of Orélie-Antoine de Tounens, a French citizen who traveled to the Araucania, in the south of Chile, to be named the King of the Araucania and the Mapuche, the indigene people that lives there until this day. The film takes cues from experimental cinema to tell the historical account, as well as a sensory approach to the experience itself. It ends on a mind trip that seems as if it were fueled by hallucinatory mushrooms. 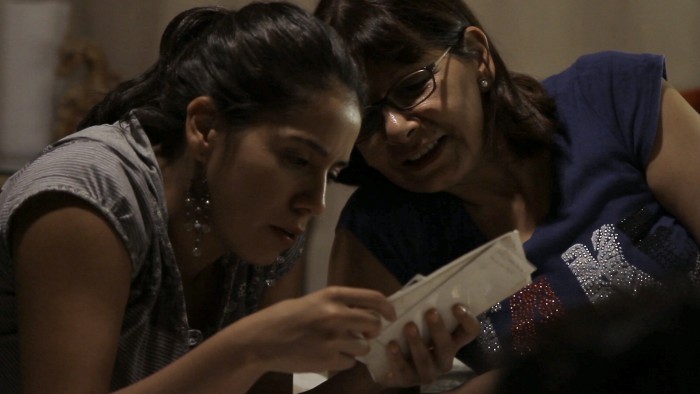 This best Chilean documentary of the year is, once again, related to the recent history and memory of Chile. The director's aunt, Adriana, was the secretary of the boss of one of the intelligence services that was in charge of some of the most awful tortures and killings done during Pinochet's dictatorship during the 70's and 80's. The film is a travel through the years of struggle between aunt and niece trying to come with the truth, and the film enriches itself with the constant doubting of the director, who really doesn't know what to think or what to expect from it, what will happen is absolutely beyond her grasp, and when the trials come and the evidence becomes unavoidable, it also becomes a heartbreaking film about coming to terms with the fact that your family is just as monstrous as those you say you hate.

I had the wonderful chance of presenting this film in its world premiere... without seeing it before! I just knew that the subject matter related to me closer than with any of the other programmers of the festival, mainly because I lived through the time period that this film portrays excellently: the biggest student protest ever in the history of Chile, in 2006. The film focuses on one of the first non-public schools that decides to join the fight, taking over their school and trying to find a way into the debate of education rights, mainly towards the quality and the gratuity of it, which wasn't always assured. The script focuses on one character, a prankster who isn't enamored with the cause, but that finds himself trapped around it, but quickly it moves away from that, painting a portrait of a time of people with ideals, who fought hard, but ultimately were deemed immature for their age. Their ideas live on. Today 50% of students of universities attend free of charge. 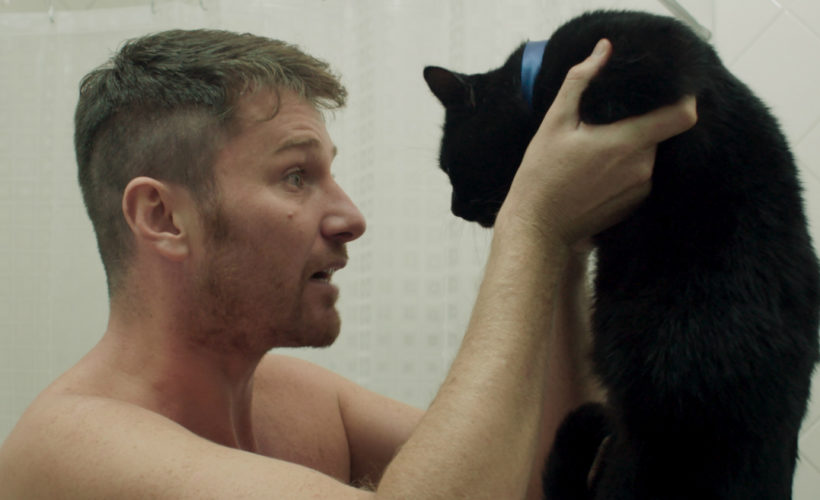 There's sadness at the core of this adaptation of a short story by one of Chile's finest modern writers, Alejandro Zambra. The protagonist, a young man who finds himself house-sitting while the original family takes a trip to Europe, fills his time reading or imagining himself as more than part of the home, until eventually he meets a girl that fancies him enough so he can completely take over the history of the house and their original owners. There's a void at the center of the soul of the protagonist, which he constantly tries to fill up with made-up facts and stories, with the love of someone else, and it all breaks down so sadly and elegantly that you can't help but shed a tear when it happens. 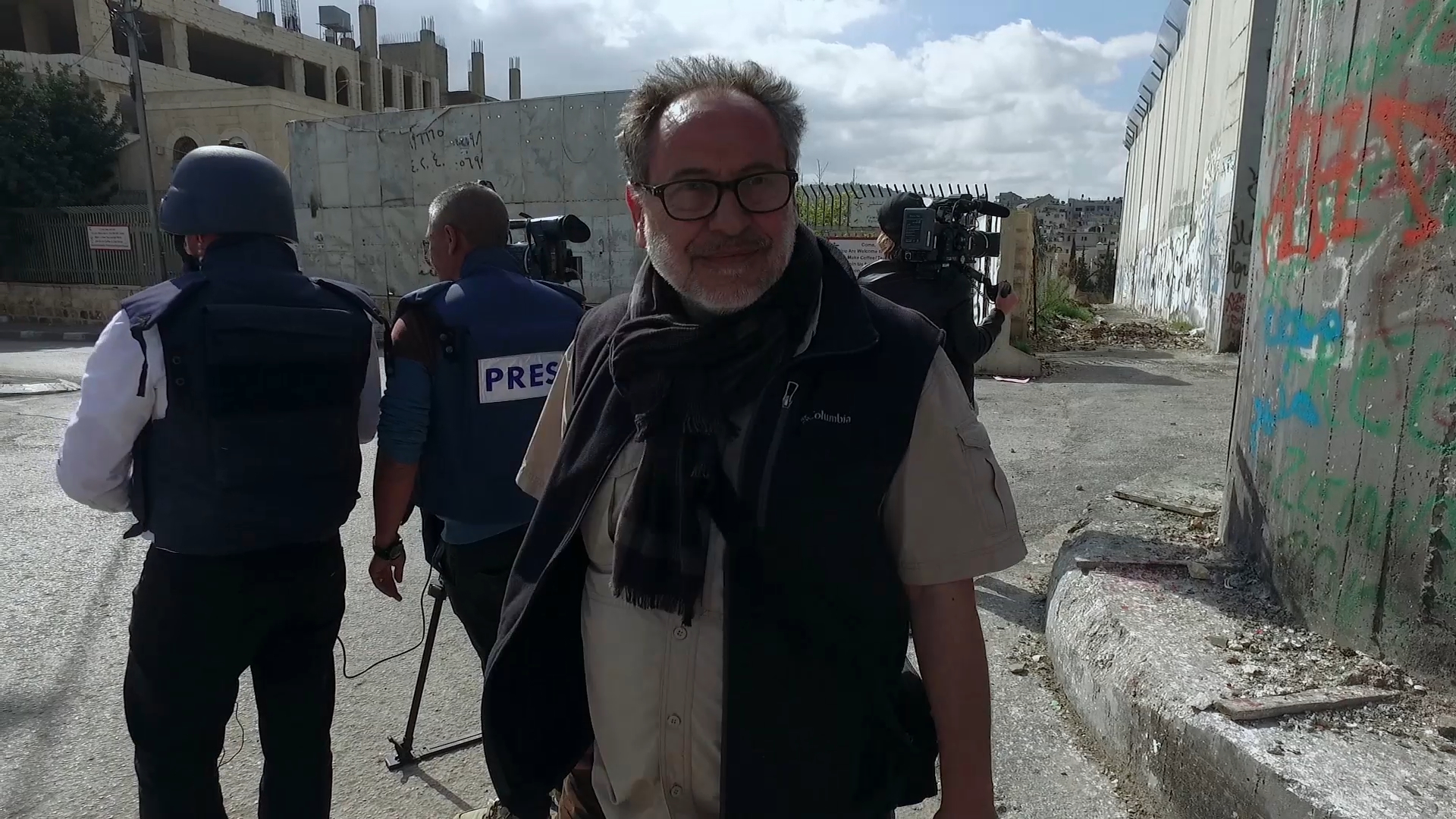 Another great documentary that focuses on Chile's recent history and another one that focuses on a relative, in this case it's a father-son relationship, the son being the director of this film, who eventually discovers what happened to his father during the years that he managed to stay in Chile before he ran away to Europe. The discovery is so harsh and traumatizing that I dare not speak much else, but it's a feat in editing and dispensing information in the right amounts so the reveal becomes not a twist, but a constant evolution of the characters, connected by blood and trauma. 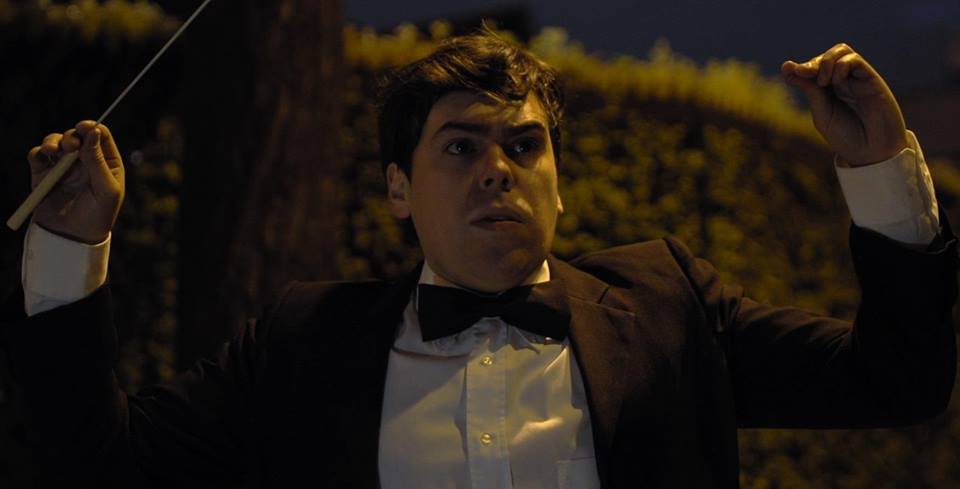 Fictions are hard to make in Chile, specially since documentaries are, seemingly, our strong suit, but this year we showed up and did some truly amazing stories, including this film, which is a triptych: a young man obsessed with a orchestra conductor learns how to teleport, a young woman transforms herself when taking a herb so she can play the piano better, and a radio show host finds himself trapped by a contest that he made on air, all while trying to write a story that isn't all fiction. They never relate to each other. They just ride their fantasies.

Torres Leiva made the best Chilean film last year, and this year he made this hour-long documentary chronicling the filmography of one of the great directors of Chile: Pedro Chaskel, who also edited and shot some of the most impressive films of the Golden Age of Chilean Cinema. The film, shot in a wonderful portrait in black and white, goes through the entirety of Chaskel's filmography in a conversation that relates to his cinema and his life. 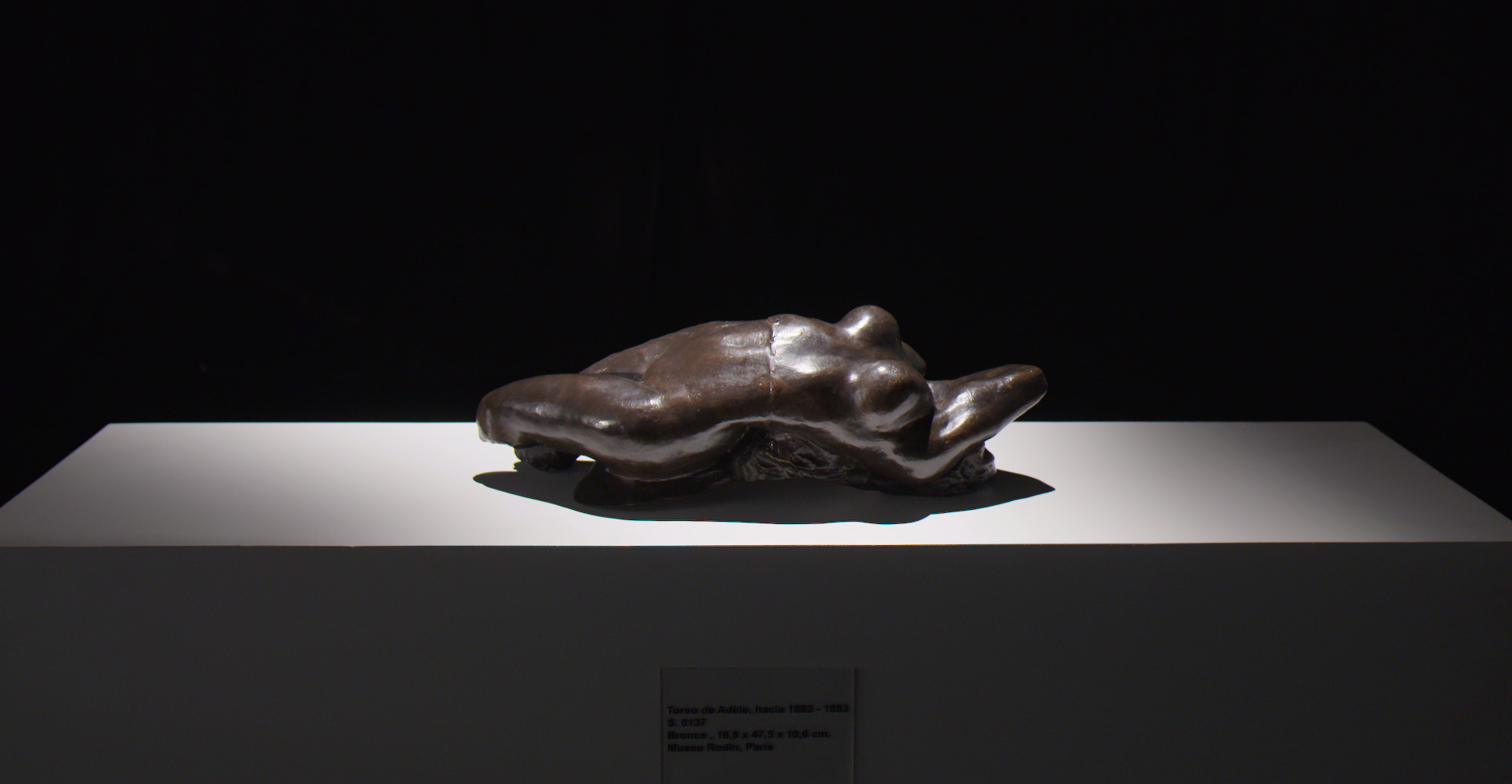 One of the most innovative and playful Chilean documentaries in recent memory, taking the recent event of the theft of a Rodin sculpture in a museum of Chile, it takes into tangents regarding the importance of the piece, the story behind it and finally as a portrait of the thief, who claims he did it as an art project on the concept of absence. The film moves from footage of old films to interviews to recreations of rumors and events that possibly never happened. Its playful editing works into the idea that maybe the thief isn't really the greatest artist nor the greatest mind around, but it builds a strong case around the concept of art itself and what it can do to us. 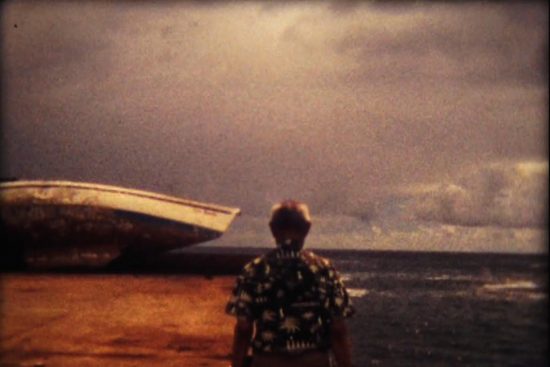 Ethnographic documentaries abound regarding Easter Island, as the director herself tells us (through text, the film lacks any sort of narration), and the experience of watching this film is much more nurturing than any of them, as it focuses on the natives of the island and their relation with "the other", which are the continuous barrages of people that have come from outside trying to conquer them, one way or another. Focusing on the only prison of the island also makes it a worthwhile document of their identity as well as their constant struggle, the definition of an island inside an island.