Filmmaker Léa Mysius' debut feature is not to be overlooked. 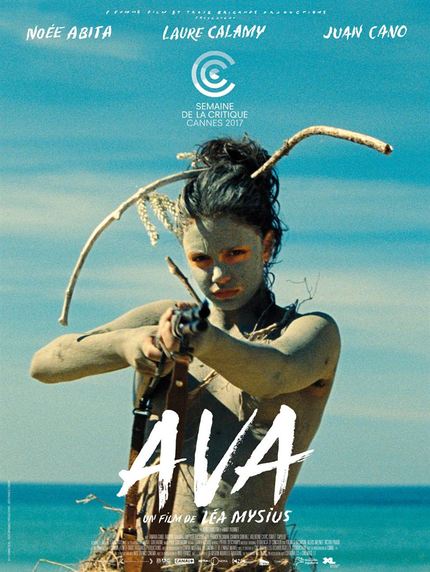 Looking for a good female coming of age film, but Lady Bird is too soft for you? Meet Ava.

Like Lady Bird, Greta Gerwig’s acclaimed semi-autobiographical tale, Ava hinges on the strained relationship between a teenage daughter, Ava (Noée Abita), and her mother (Laure Calamy). The title characters in either film are introduced as uncertain invisibles in their respective cultures, Lady Bird’s being affluently blah Sacramento, California; Ava’s being the slummy beaches of Southwest France. Both young ladies are drawn to young male ne’er do wells of few words, dangerous young loner dudes without causes. Ava, though, has the 2017 audacity to romanticize this ill-advised fling.

For the self-conscious Ava, life with her free spirited mother and baby sister is a steady, confrontational barrage of grotesque bodily function and imperfect form. When they go to the beach, Ava sulks around in a one piece and shorts, shamefully hugging her breasts, while her mom courts chiseled younger men while wearing a red bikini. It’s a quick testament to today’s generation pendulum swing toward the conservative. Ava, however, will not remain in this shell. 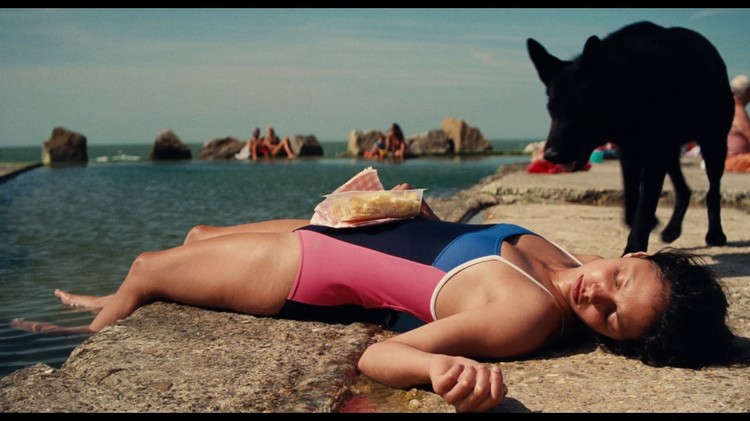 Her eyesight has been a longstanding issue, but when her latest optometrist visit yields particularly dire news – soon she will not be able to see in low light - Ava responds by both drawing inward and acting out. Lack of sight, or anticipation thereof, gives way to lacks of inhibition and personal safety. She attempts to “sharpen her remaining senses,” walking blindfolded along rooftops, as young Daredevil was trained. By the sea, she sheds all her clothes and takes to the waves. The water on her skin is revelatory. Ava, never in school and pulling away from her mother, is soon operating by her own realized-on-the-draw moral code. She alone is the lord of all her own flies.

When a nude Ava emerges from the sea and yanks off her blindfold only to discover she is being watched by a bemused young man named Juan (Juan Cano), her internal facade quickly shatters. Later, she kidnaps and renames his big black dog, a beast seen as a vague harbinger of doomsday up to this point. But when Ava attempts to stuff the poor pooch into her tiny closet, he’s just a dog who wants to go home. Her mom hears the desperate dog being held prisoner in the closet, and doesn’t even care.

When Ava finally falls in with Juan, her life takes the wildest of turns. Juan takes her in not as his sexual plaything (though, play sexually they do) but as Bonnie to his Clyde. Homeless and into crime, Juan and Ava indulge in an armed robbery spree at the nude beach where they reside. They do all of this in apocalyptic aboriginal body paint and straw nests in lieu of undergarments. Later still, Juan thrusts them into an even more high stakes plan. 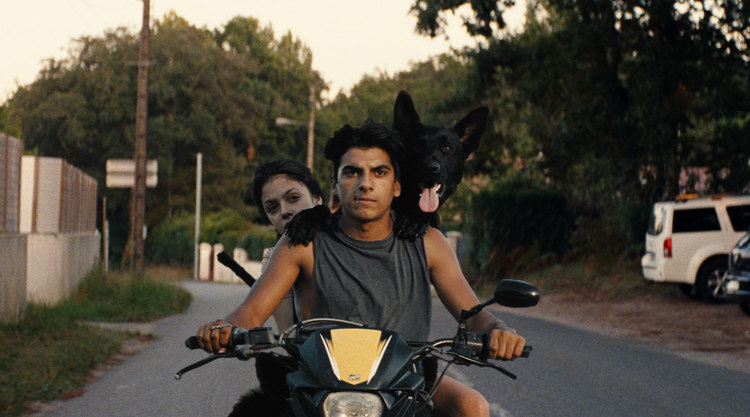 Fusing intense adolescent angst with out-and-out anarchism, not to mention a dose of good old teenage fatalism, Ava emerges as a political statement with no overt mention of politics. (The best kind). Yet, for our thirteen year-old protagonist (Abita being seventeen at the time of shooting), her darkening view of the world transcends, most unfortunately, into the realm of the physical. Young Ava, played intrepidly and at times, mesmerizingly, by first time actor Abita, is eerily magnetic. This is an uncertain girl who most certainly is headed in the wrong direction in every way possible, yet she remains entirely relatable, sympathetic.

Léa Mysius, in directing her first feature film (following several short filmmaking efforts), bursts from the gate in a no-holds-barred attack. For all of its explicit sexual charge and focus on crime and loner-ism, Ava is unmistakably a feminine work. The voice is sharp, bold, compelling and impossible to turn away from. Mysius' biggest professional credit, aside from Ava, is as writer of the 2017 film Ismael’s Ghosts, a French star-powered drama directed by Arnaud Desplechin (A Christmas Tale, My Golden Days). In short, Mysius is at the top of the list of most promising new filmmakers of 2017. Cinephiles should be watching her career with great interest. 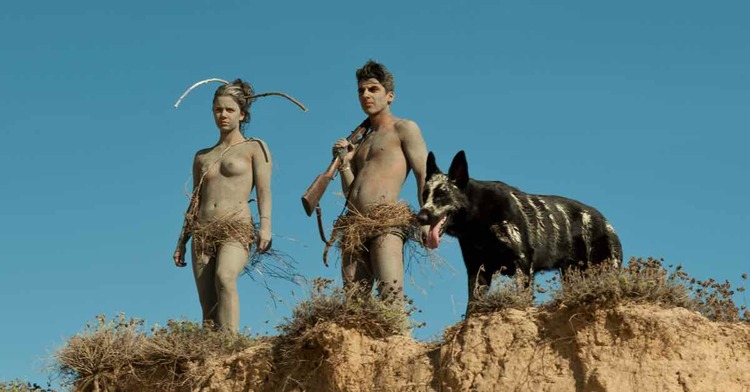 Ava touts moments of daftly excellent cinematography by Paul Guilhaume, a frequent collaborator of Mysius. According to the Internet Movie Database (admittedly a source that should be taken with a grain of sea salt in these instances), the two have been working on each other’s projects for several years. This artistic history no doubt explains in part why this film comes off as fully formed and in step with itself as it is.

Ava, uncomfortable, unresolved and decidedly challenging, is the more brutally honest and confrontational female coming of age story this past movie year. Perhaps Mysius and Abita can return to this character as the years go by, as Truffaut and Leaud did with Antoine Doinel. Or, not. In any case, more-so than even the tremendously formidable Lady Bird, Ava leaves the nest in dynamic style... even while sometimes wearing one.

In French with English subtitles, currently available for streaming via MUBI.