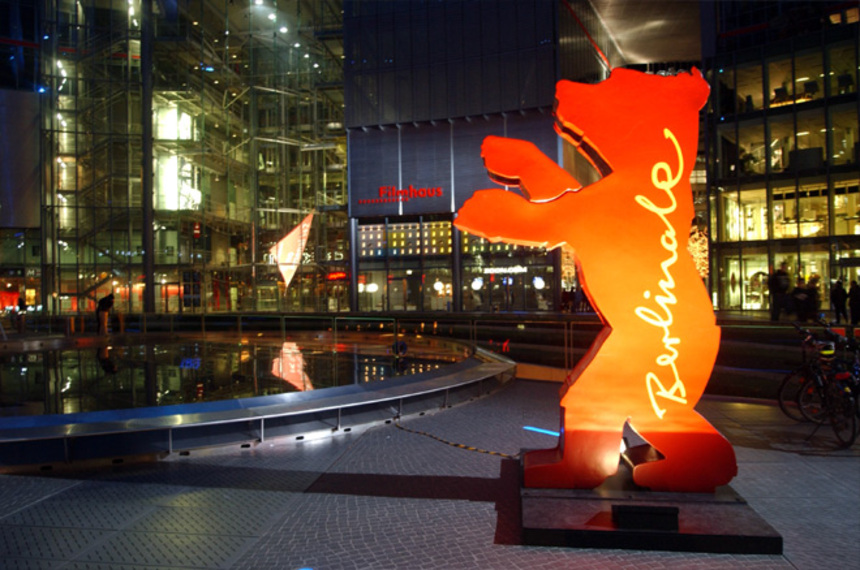 As the new festival season is about to kick-off with Sundance, Slamdance and Rotterdam are looming on the doorstep, Berlinale starts revealing fragments of the 2018 line-up. Four films out of this year´s line-up got shortlisted for 90th Academy Awards, another reason to get excited for the upcoming edition.

The 68th edition of Berlinale will open with Wes Anderson´s stop-motion animated adventure film Isle of Dogs, while the Retrospective sidebar will re-visit the cinema of Weimar. "Across genres, the Retrospective will document the Weimar Republic's zeitgeist and tackle issues of identity. The spectrum encompasses zesty film operettas and comedies full of wordplay, as well as films with strong social and political viewpoints. The films are incredibly fresh and topical," says Berlinale Director Dieter Kosslick in regard to 28 narrative, documentary and short films originated between 1918 and 1933.

The sidebar will have "three thematic emphases - "exotic", "quotidian", and "history". In Im Auto durch zwei Welten (1927-1931) Clärenore Stinnes and Carl Axel Söderström take audiences on a fantastic trip to exotic, faraway lands. In Menschen im Busch (1930), an early example of ethnographic cinema, Friedrich Dalsheim and Gulla Pfeffer observe the unspectacular daily life of a family in Togo, breaking new ground by allowing the subjects themselves to speak instead of relying entirely on off-camera narration. The short films of documentarians such as Ella Bergmann-Michel, Winfried Basse, and Ernö Metzner capture 1920s life in Berlin and Frankfurt. In Brothers (1929), director Werner Hochbaum looks at a proletarian family and an existence marked by material deprivation. The film, which was backed by Germany's Social Democratic Party, gains great authenticity with its use of amateur actors, and setting it during Hamburg's 1896/97 dockworkers' strike provides a reference to the contentious political issues of the 1920s. Heinz Paul is equally critical and sober with his portrayal of fresh historical events in The Other Side (1931). Conrad Veidt plays a traumatized British captain in World War I in Paul's unsparing depiction of the senselessness and barbarity of the trench war."

The Berlinale Classics programme will present Ewald André Dupont´s silent Das alte Gesetz (The Ancient Law, Germany, 1923), "an important piece of German-Jewish cinematic history; it contrasts the closed world of an Eastern European shtetl with the liberal mores of 1860s Vienna, and tackles the issue of the assimilation of Jews in 19th century Europe."

Berlinale has been an openly political film festival and the upcoming edition won´t be any different. The Panorama section rounding out fresh auteur films, either by established filmmakers or emerging talents bridges artistic vision with commercial interest and will revolve around body politics and strong crop from Latin America.

The festival introduces the latest picks:

In the German documentary Zentralflughafen THF (Central Airport THF), Brazilian-Algerian director Karim Aïnouz films the everyday lives of refugees in the hangars of the defunct Berlin airport Tempelhof. While they dream of having finally reached their destination, Berliners flee from their everyday lives to the public park on Tempelhofer Feld.

In Timur Bekmambetov's US fiction film Profile, a British journalist goes undercover and infiltrates the digital propaganda channels of the so-called Islamic State, which has been mobilising ever greater numbers of young women from Europe. Her daily internet contacts with ISIS recruiters gradually pull her in and push the limits of her investigation.

In Yocho (Yocho (Foreboding)), the latest science fiction film by Japanese director Kiyoshi Kurosawa, aliens take over human emotions. Their uncanny system of subjugation kindles a paranoia that turns individual initiative into obedience. Inspired by a manga of the same name is River's Edge by Isao Yukisada. In the 1990s, shortly after the collapse of the economic boom in Japan, a group of young people struggle to reconnect with their feelings. Anger and frustration unleash a frenzy of sex and turmoil.

Four productions from Latin America have already been confirmed. La omisión (The Omission), Argentinian filmmaker Sebastián Schjaer's first full-length fiction film, intimately depicts a transient worker. Wrapped in thick winter clothing, she defies the cold of Tierra del Fuego and the expectations put on her as a young mother. Also from Argentina is Malambo, el hombre bueno (Malambo, the Good Man) by Santiago Loza. Mesmerizing black-and-white images tell the story of a malambo dancer whose body becomes his adversary. The "malambistas" train a lifetime for competitions - and when a dancer finally wins he has to retire. A struggle for freedom in which torment and fulfilment are remarkably one. In dense images, the Brazilian documentary Ex-Pajé (Ex Shaman) by Luiz Bolognesi shows the imminent ethnocide of the indigenous Paiter Suruí who live in the Amazon basin. A former Christianized shaman turns to the spirits he had abandoned in order to preserve their cultural identity.

Another film from Brazil is dealing with "body politics": Bixa Travesty (Tranny Fag). The female trans*body becomes a political means of expression in both public and private space. The black, transgender singer Linn da Quebrada deconstructs how alpha males conceive of themselves. Kiko Goifman and Claudia Priscilla portray a charismatic artist who reflects on gender and has an extraordinary stage presence.

Two works deal with another important topic of the Panorama 2018 - "resistance to machismo": La omisión and the Austrian fiction film L'Animale by Katharina Mückstein, where an 18-year-old high school graduate and her motocross clique are the source of unease in the neighbourhood. Her need to belong, her experience of male dominance and the ardent devotion to her clique arouse conflicting emotions in her.

After the success of The Black Power Mixtape 1967-1975 and Concerning Violence in the Panorama, Swedish filmmaker Göran Hugo Olsson will return to present his new documentary That Summer. In it he brings back the eccentric universe of the symbiotic mother-daughter duo from the documentary classic Grey Gardens. That Summer presents what was believed to have been lost: footage from the summer of 1972, filmed by Peter Beard and Lee Radziwill, Jacqueline Kennedy Onassis's sister. Additional material - shot by Andy Warhol, Jonas Mekas, Albert Maysles, and Vincent Fremont - provides insight into the dynamics of the former artist community in the Hamptons.

The Bookshop
Spain / United Kingdom / Germany
By Isabel Coixet (Things I Never Told You, My Life Without Me, The Secret Life of Words)
With Emily Mortimer, Bill Nighy, Patricia Clarkson
German premiere

As the current artistic director´s tenure nears to the close, Dieter Kosslick will be handing the reins in 2019, 79 German directors are already calling out for transparent selection process for Kosslick successor: "The Berlinale is one of the top three film festivals in the world, and the reorganization of the directorate offers the opportunity to programmatically renew and purify the festival, and we suggest that an international gender equality commission be set up The aim must be to find an outstanding curatorial personality who is passionate about cinema, well connected worldwide and capable of bringing the festival on an equal footing with Cannes and Venice into the future a transparent procedure and a new beginning." The German Culture Minister Monika Grütters is responsible for naming the next director of Berlin film festival.

Do you feel this content is inappropriate or infringes upon your rights? Click here to report it, or see our DMCA policy.
BerlinBerlinaleDieter KosslickIsle of DogsPanoramaWeimar