Sofia Bohdanowicz's documentary peers deeply in the life of a remarkable woman. 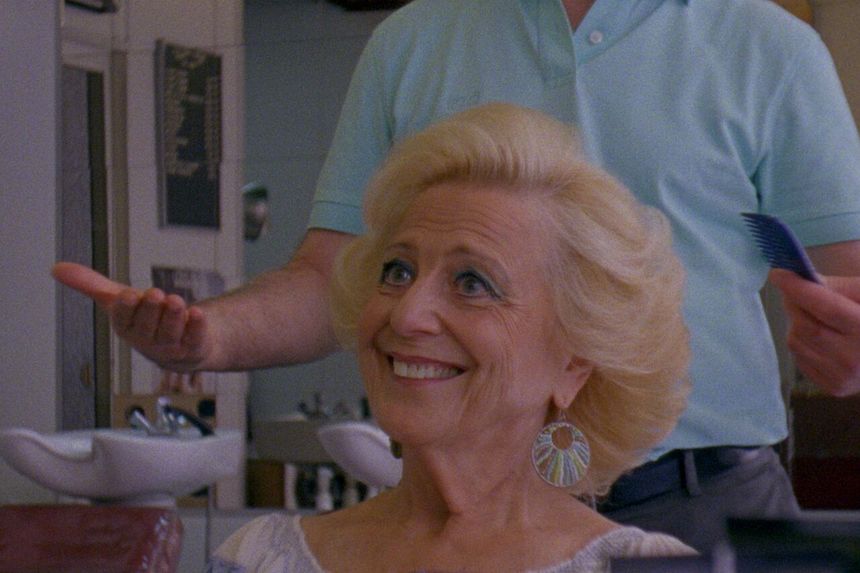 How the film came to be is a charming story in itself, which Bohdanowicz relayed for us during the Q&A period: Given that she has made several films concerning grandmothers, a colleague of the director asked if she'd be willing to make a movie about Juliane -- the coworker's mother.

Of course, Bohdanowicz agreed to the project, which sent her to Paris (from Toronto), where she would cohabit with Juliane for a month. The two women had never spoken with one another before, and the film (indeed, shot on 16mm) would be a largely unplanned documentary. Thus, the success of Maison was as much dependent on Juliane's natural appeal as on Bohdanowicz's storytelling skills. Happily, both are in strong supply.

Juliane is a lovely Parisian woman, working as an astrologist and living in a beautiful apartment building -- the film gets its title from the complex's name, meaning “house of happiness” -- which has housed her for 50 years. She lives a joyous life that is very befitting of her building's name, taking great delight in things that may seem insignificant or even shallow to some.

Juliane relishes applying a full face of makeup each day -- her granddaughter says: “My grandma puts on makeup to take out the trash!” -- and getting her hair and nails done on the regular. Cooking, gardening, and fashion are also major passions of hers.

Bohdanowicz opted to let Juliane lead the direction of their conversations, almost all of which are comprised of light, happy anecdotes and tangents. Juliane spends a fair amount of the movie's lean 62 minutes describing her favorite ensembles and shoes from throughout the course of her life (she still has most of them!), for example.

This makes for a poignant contrast when Bohdanowicz herself, ambivalent about returning to Paris after a painful adolescent experience, wanders out alone or reflects inward with audio diaries she keeps throughout filming. Juliane seems to sense the director's sometime-sadness, and the moments when we see her striving to include the younger woman and cheer her up are truly touching.

Peering into Juliane's life is a real privilege, one that I would have enjoyed watching for much longer. With the budget constraints that come with shooting on film, Maison du bonheur had a finite space in which to exist. Yet, it makes a big (and lasting) impression, a visit with a magnetic stranger who you may never see again but won't soon forget.

Do you feel this content is inappropriate or infringes upon your rights? Click here to report it, or see our DMCA policy.
2017canadiandocumentarymaison du bonheurSofia Bohdanowiczvancouverviff