Juraj Lehotský directs the story of a 12-year-old girl and the upheaval she suffers as a result of her parents' divorce. 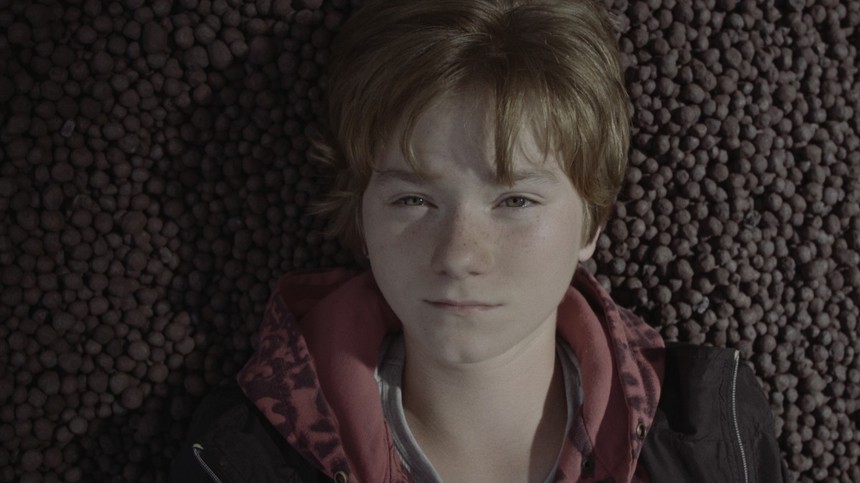 Slovak documentarian Juraj Lehotský could not wish for a more explosive entry into the international film circuit. His feature-length docudrama Blind Loves was picked for Cannes´ Quinzaines de Réalisateurs back in 2008 and received many accolades during its subsequent festival run.

His sophomore feature, the fiction film Miracle (read the review), was an adequately bleak drama about an adolescent unloved by the mother and betrayed by a boyfriend, rendered in the grim vein of social realism. Lehotský has now emerged with his latest drama, Nina, a sort of follow-up to Miracle.

Nina follows the titular female protagonist, aged 12. She struggles to lead the normal life of a child, even as her parents find themselves in the ugly phase of pre-divorce, when hostility rages on both fronts. Nina is torn between them, swinging back and forth from a house where her mother lives with her boyfriend to a dingy apartment of her father, a de facto bachelor pad. Her small world crumbles as her parents profess that she is the most important person, yet blatantly neglect her in a crescendo of constant fighting and inflicting of psychological and emotional trauma.

Lehotský adopts the perspective of the protagonist, trading the dark world of an unwanted 15-year-old girl on the run in Miracle for a less raw, albeit no less complicated, miniverse of a 12-year-old girl. The film bears a subtitle of sorts, doubling as flash plot summarization: "About mom, pop and me," embracing the simplicity of a child's perception, which the writer-director subsequently translates into the story.

Amid the ever-rising divorce numbers, Lehotský pulls out an up-to-date topic he grasps with a documentarian's gusto, unwilling to betray his roots. Handcam and authentic spaces remain a must, shooting around Bratislava´s shipyard among the rusty cranes, which gives the film the cachet of post-communist milieu, further fortifying the tone of Eastern European social realism.

Although Nina does not unspool entirely in the usual, full-blooded social realism style, as the director made a concession regarding the aesthetics, stemming from the protagonist and her unique perspective. Unlike Miracle, the bleakness in Nina is countered by the lighting and whitish picture quality, the dreary industrial feel softened by more playful visual intermezzos, courtesy of the young protagonist's daydreams.

Lehotský´s latest oeuvre avoids the depresso ride the Miracle was bound to be, the film's dramaturgy emulating a sinusoid shape, altering traumatic parental exploits with passages where Nina is trying to be just a child. The parental collisions ratchet up, ultimately tearing the child's world apart, and the writer-director caps it with a prolonged and, for many parents, certainly nerve-wracking string of scenes brushing shoulders with Hanekenian social horror.

Lehotský does the balancing act, again, of documentary-style and fiction storytelling, although the hybrid filmmaking became norm in the arthouse domain as the latest edition of Locarno film festival manifested as well. Occasional bouts of Dardenian observation appear though the verité style, being diluted by the child's POV and the stylistical curlicues it bears. By plunging into the inner world of a child, Nina resembles Iveta Grófová´s Little Harbour (read the review), yet it still clings more to the attributes of social drama.

Nevertheless, the script is based on thorough research to keep all the facts right. Lehotský, along with writing partner Marek Leščák, paints with the grey eminence of other Slovak dramas. The writers distilled their research into a solid and usual trajectory, following the disruption of the family.

By virtue of the topic and the plot structure, however, a mild degree of didacticism comes with the territory, and occasionally eclipses the artistic sensibilities. A professional psychologist was consulted during the development of the film to keep the story and behaviour of characters as accurate as possible, and what could be perceived as didacticism emerges as a side-effect of an effort for credibility whilst delivering a universal story.

Bibiana Nováková, the film´s lead and break-out star, steals the spotlight, a non-professional actress similar to the Miracle lead. She delivers a striking performance, taking into consideration her lack of experience and the amount of concentration needed for such a project.

Nina was originally written as Erik. Midway through the writing process, the gender was swapped with a particular scene alluding to the event. In the end, the shift is less about gender fluidity and more about genericity, that no matter whether it's a girl or a boy, the negative impact is all the same. Nonetheless, the act leading to the ultimate resemblance to the male gender carries an air of emancipation when Nina decides to plow through the furor of parental separation and finds the conduit in swimming (the water bears a special significance in Lehotský´s filmography).

Less psychological than Little Harbour and particularly less abrasive than Miracle (no rape implications), Nina is a film about children aimed at adult audiences, with a fair chance of finding success outside the usual confines of arthouse cineastes.