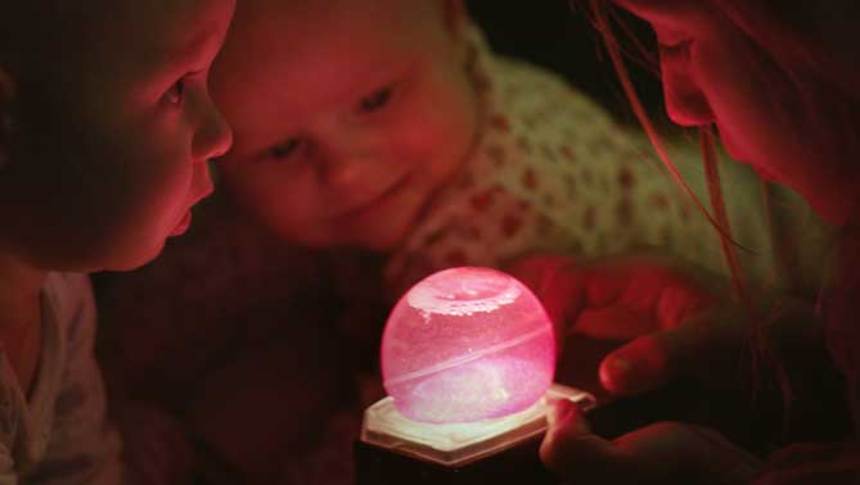 Slovak filmmaker Iveta Grófová studied documentary and animated film and her first feature outing came out in 2012 under the title Made in Ash. It was the Slovakian entry for Best Foreign-Language Film.

In that film, a girl leaves her home right after school for work in a neighbouring country in order to help her family make ends meet. She arrives in a textbook example of a post-industrial ghost town from the former Soviet bloc. She gets sacked from the job and an elderly German sex tourist starts to court her.

The evident contours of Eastern European social drama cannot be hidden, especially since the protagonist comes from a heavily underprivileged community and the plot revolves around her bitter life and work experiences. However, Grófová´s formalistic tinkering pushed the film into a higher category, combining fiction and documentary methods and chipping in animated parts alongside found-footage material. Grófová´s sophomore feature Little Harbor walks a considerably different path.

Little Harbor is an adaptation of a novel by the Slovak author Monika Kompaníková, The Fifth Boat. (The working title of the film was for a time The Fifth Boat changed to She is Harbour until settling fort the final version Little Harbour.) It is narrated in the first person by the adult protagonist Jarka, reminiscing on her life in several retrospectively intertwining plotlines uncoiling around the central episode, the kidnapping of abandoned infant twins when Jarka was only 10 years old.

The episode becomes the plot, unspooling through the eyes and psychology of little Jarka instead of the protagonist as an adult looking back at her youth. The mature narrative style of the book corresponds to the protagonist situation; in the film, however, a child's naivety and limited, often simpler, yet honest comprehension of the world is purposely employed to address a handful of poignant and actual topics along the way.

Jarka lives in a ramshackle apartment with her ailing grandmother and a way too liberal, meaning irresponsible, single mother. The longer set-up serves to build a deeper empathy for the central character who longs for her mother´s affection while her mother longs for unrestricted male gazes.

During one moment, there is a party in their apartment that is, apart from the mother and her daughter, a complete sausage fest. It's not just the attention and affection the little protagonist misses, it´s also the care. Left to tend for herself, Jarka lives in a sort of hippie environment, a product of her mother's egoism, narcissism and own unfulfilled ambitions thwarted by early pregnancy.

In contrast to Jarka's freewheeling upbringing and their mess-of-an-apartment, her younger and dorkish friend Kristián lives in a totally sterile environment under the close watch of his anxious parents. The unlikely alliance uncovers the extremities of child rearing and their yearnings, while Grófová eschews moralising and sentimentality, despite anchoring the story in a poetic world of  a child's perspective.

Unveiled as a world premiere at Berlinale 2017, the film was picked for the Generation Kplus sidebar with age recommendation 12 years and up. While the novel counts more on adult readers, the film blurs delicately the line of audience segment. Apparently, the main affair of kids taking care of infants is perceived as an adventure in the eyes of child viewers, while older spectators will incline to decode it as a peculiar coming-of-age and socio-psychological drama.

Opting for the point of view of a child, Grófová locks in the child audience whilst carefully building a bridge of empathy between the protagonist and older spectators, still investing enough time in crafting the character's psychology. The initial constellation of a psychological film possesses vestiges of social drama, a foundation not sufficiently prominent to eclipse the psychological portrait. The elements of social drama occupy the first half of the running time, revolving around an episode of three generations of women that could not be more different occupying the same space.

In the second half, both characters escape the adult world, taking refuge in a bubble of their own where they have to assume adult roles of a caretaker and a guardian, respectively, and shoulder responsibilities in the light of the new situation. While Jarka compensates for the shortage of her mother's affection, Kristián passes a rite of passage liberating himself from his parents' apprehensive scrutiny. The bubble becomes an idyll. However, the weight of the act threatens inevitably to burst the fragile adult-less asylum and a paradise of their own.

The novel, its central episode, is inspired by an actual story, and the director lays sufficient foundation for the audacious situation to happen. Nevertheless, the film addresses concrete issues in the poetic language of film and the imaginative perspective of child´s fantasy, so that viewers do not become overly preoccupied with the technicalities of two minors tending to infants in a day and night regime. The protagonist's behaviour cannot be perceived as a malevolent act, since she retains her innocence and, to an extent, her naivety, despite being too mature for her age.

Grófová does not wiggle accusatory finger, though Little Harbour certainly lacks sympathetic adult characters. Both mothers, of the protagonist and the infant twins, are modelled after the same template of unfit and irresponsible mother.

Whereas the latter is a barely episodic character, Jarka's mom qualifies for the textbook stereotype of a too-young mother regretting missed chances and opportunities in life. The Bulgarian filmmaker Konstantin Bojanov used a similar type in his recent feature The Light Thereafter.

Ultimately, Little Harbour works better as a fable than a moral tale, although the director made her intention clear enough to not wanting to make a moral tale. Despite being billed as a film about children and for children -- a sort of double coding, perhaps intended to draw adult viewers --  Grófová gets into the bubble, the sanctuary where usually the horrifying act of child kidnapping turns into a poetic coming-of-age adventure absolved from any melodrama.

The child innocence and fairly naïve -- in a positive and disarming sense -- understanding of the world, takes over the bleakly-tinged plot. In their naivety, children can be evil, as Michael Haneke has demonstrated in the past and, more recently, Polish filmmaker Bartosz M. Kowalski, following in the steps of Hanekenian social horror breed in Playground.

Grófová ventures the other way, preserving and nurturing the saviour nuances, even though the adult eye will read it as an (understandable) compensatory gesture.