Next Wednesday, Rotterdam gets the start of the Camera Japan Festival, which will move to Amsterdam for its second half a week later. This year the fest's theme is based around the island of Kyushu, the source of much of Japan's art and the region where the Dutch had, for 250 years, the only foreign trading base allowing goods in and out of the (then isolated) country.

While the festival is primarily focused on Japanese films (more than 45 are in the program), there are always live performances, lectures, expositions and workshops about Japanese culture as well. 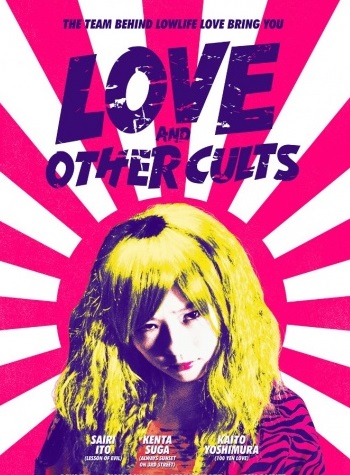 Some highlights this year from the regular program (in no particular order):

Rage - a thriller by Lee Sang-il, in which a murderer changes his looks and identity, making it hard for his pursuers to decide which suspect to focus on.

Before We Vanish - an alien invasion film by Kurosawa Kiyoshi, in which the visitors steal concepts from humans like 'work' or 'family', leaving a trail of incomplete victims behind as the aliens become more and more human.

Love and Other Cults - a tragicomic biography-of-sort by Uchida Eiji (of Greatful Dead and Lowlife Love fame) about Ai, a girl who grew up in a weird cult as a child, and who drifted unhinged through society as a teen until she entered the sex industry.

The Long Excuse - an award-winning drama by Nishikawa Miwa about a writer who fakes his grief when his estranged wife dies, but then has to harshly reassess his life when he befriends people who experience REAL grief.

A Silent Voice - an award-winning anime drama by Yamada Naoko, about a bully who tries to reconcile with the girl he pestered, which turns out to be harder than he expected.

Her Love Boils Bathwater - an award-winning drama by Nakano Ryota, about a woman who learns she has only two months left to live and who tries to solve all of her family's problems before she dies. It's the Japanese entry this year for the Foreign Language Oscar. Also, our Andrew Mack says it's terrific and that "tissues are much recommended".

In This Corner of the World - an animated war drama by Katabuchi Sunao (of Mai Mai Miracle fame), in which a young woman flees into her art to escape her arranged marriage and the outbreak of World War II.

Neko Atsume House - a comedy by Kurakata Masatoshi and based on a popular smartphone-videogame, in which a man rediscovers his joy of life when he befriends the many cats who visit his house. 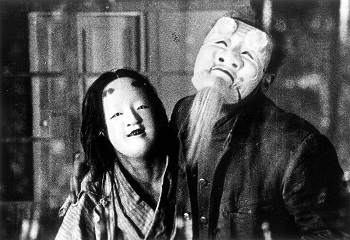 There are also several special screenings, events and workshops, and these include:

A Page of Madness - a black-and-white film from 1926 by Kinugasa Teinosuke about the delusions of an insane woman. It's a silent film, made less silent by Bruno Ferro Xavier da Silva, performing his composed soundtrack live in the venue.

Princess Mononoke - one of Studio Ghibli's absolute classic, and dammit, one of the best films ever made. It's Miyazaki Hayao ultimate vision of man-versus-nature in which good and evil are all on a greyscale, and it broke records twenty years ago. It's awesome, epic, and if you've never seen it in a cinema, THIS IS YOUR CHANCE!

Food - always a highlight at the festival, you can get all sorts of Japanese foodstuffs at the stands (green Kit-Kats and Ine Mankai red sake, here I come!). On top of that there are workshops about Miso and VERY special Green Tea, and a tasting session of Japanese craft beers. Itadakimasu!

Kaji Meiko - writer and film critic Tom Mes has written a book about Japanese actress Kaji Meiko, and will give a lecture about her, accompanied by a screening of the film which made her a household name in Japan in the early seventies: Ishii Teruo's Blind Woman's Curse!

And there is lots more. The festival starts on the 24th of September and ends on the 1st of October. It has already opened its ticket sales, so if you plan to visit, go to the website here and browse around! Also, feel free to alert us all in the comments about things I've missed in this overview.