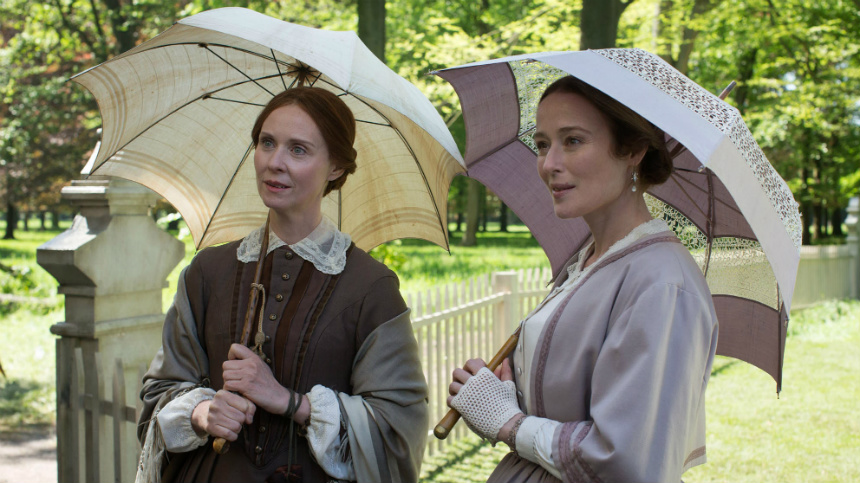 Now available on Blu-ray, DVD, and VOD from Music Box Films, Terence Davies' A Quiet Passion is a beautiful and vivid portrait of Emily Dickinson.

Our own Dustin Chang reviewed the film during its theatrical release. He wrote in part: "Davies, an ardent reader of Dickinson's poetry, composed a truly beautiful script here, imagining much of the film's dialog that lends the full view of the complicated poet and the great Cynthia Nixon personifies her in flesh and blood. ...

"Davies succeeds in showing a complicated woman bound by tradition and societal rules. But however tragic and lonely her life was, he also shows us that Dickinson lived the way she wanted to, that it was her own choosing, that she was a thoroughly modern woman, defining the world the only way she knew how. A Quiet Passion is another masterpiece from Davies." 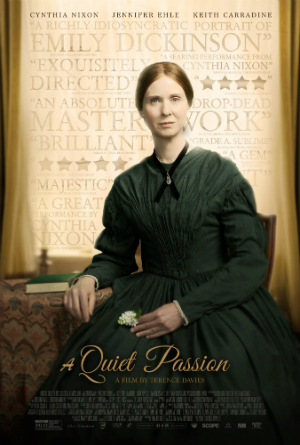 As usual, Music Box Films has created a lovely home for a lovely film. The image transfer on the Blu-ray is impeccable -- check out those candles in low-lit scenes! -- and though this is not a big boom movie, the sound is fine too.

The Blu-ray includes about an hour of supplemental material, including a very helpful peek behind the scenes with Davies and the cast; a post-screening Q&A session with Davies and Nixon, conducted by Michael Koresky; an interview with Nixon; a selection of Dickinson's poems, recited; and a colorful booklet features an essay by Koresky.

As Davies acknowledges, his filmmaking style may not be for everyone, but this is a warm, engaging and perceptive look at the challenges that faced a creative, strong-minded woman in the 19th century, challenges that remain relevant today. And this is a very strong package, especially for fans of Davies' work or Dickinson's poetry or fine performances anywhere.

Do you feel this content is inappropriate or infringes upon your rights? Click here to report it, or see our DMCA policy.
Cynthia DixonEmma BellJennifer EhleKeith CarradineTerence Davies

More about A Quiet Passion