The Feast of the Leopard: Locarno Celebrates 70th Anniversary 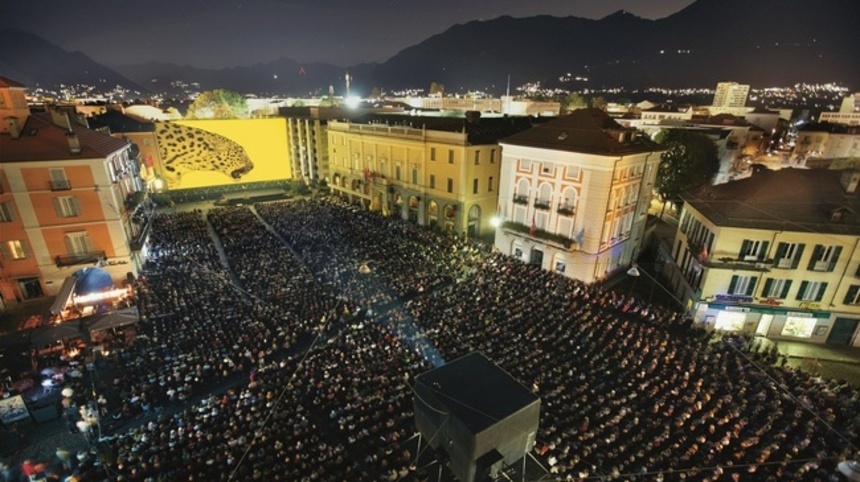 The lineup of the upcoming edition is brimming with world premieres, starting with Romanian black comedy Charleston, a first fiction feature outing by Andrei Cretulescu, in a story where a recent grieving widower is asked for help overcoming the sorrow by his wife's lover .

The international competition will also further introduce a noir thriller by F.J. Ossang, 9 Doigts; a Brazilian effort, As Boas Maneiras (Good Manners), co-directed by Juliana Rojas and Marco Dutra, described as a light genre effort featuring an unborn child ripping out of its mother's womb to be raised by a hired nanny; and Jan Speckenbach's drama Freedom, following a couple splitting up as the wife pursues freedom.

The competiion includes Swiss debuting director Dominik Locher's Goliath, a story about a young couple in which a man starts using steroids and then attacks his pregnant girlfriend; Isabelle Huppert and Romain Duris-led newest, loose, female-centred adaptation of The Strange Case of Dr. Jekyll and Mr. Hyde by Serge Bozon, Madame Hyde; and one cinephile gem, finished after almost 30 years and after the original director's death, in which a group of Chilean filmmakers reconstructed La Telenovela Errant by the great Chilean filmmaker Raúl Ruiz.

The "Filmmakers of the Present" competition will welcome Eliza Hittman's sophomore feature Beach Rats; Andrea Magnani's black comedy Easy, the nickname of the protagonist for whom nothing is easy even when he is supposed to transport a coffin with body from Italy to Ukraine; Shevaun Mizrahi´s “existential exploration of the cyclical nature of time and humanity´s search for meaning both in struggles of youth and in the recollections of old age,” titled Distant Constellation; and Ana Urushadze´s feature debut Scary Mother, following a middle-aged housewife who finally achieved her dream of publishing a book and realizes her fears of negative reception were not that ungrounded.

Naturally, there are many more cinephilic treats in store. Radu Jude will return to the Swiss gathering, bringing his latest project after the spectacular Scarred Hearts, The Dead Nation, a docu-essay on the rise of anti-Semitism and a harrowing depiction of the Romanian Holocaust,; Dane Komljen, the co-director of mesmerizing docufiction All the Cities of the North, will introduce “a film in two movements linked together by a story about men being turned into foxes,” titled Fantasy Sentences; and venerable European auteur Jean-Marie Straub will be feted with Leopard of Honor in a special ceremony accompanied by screenings of his works.

The Locarno Film Festival will run from August 2-12

Did You Wonder Who Fired The Gun? By Travis Wilkerson

Filmmakers of the Present Competition

Edaha No Koto (Sweating The Small Stuff) By Ninomiya Ryutaro

Gotthard - One Life, One Soul By Kevin Merz

I Walked With A Zombie By Jacques Tourneur

The Big Sick By Michael Showalter

The Song Of Scorpions By Anup Singh

What Happened To Monday? By Tommy Wirkola

The Reagan Show by Pacho Velez and Sierra Pettengill

The Poetess by Stefanie Brockhaus and Andreas Wolff

Do you feel this content is inappropriate or infringes upon your rights? Click here to report it, or see our DMCA policy.
LocarnoLocarno 2017Locarno Film Festival