ALPHA Trailer: Watch Out For That Cliff! 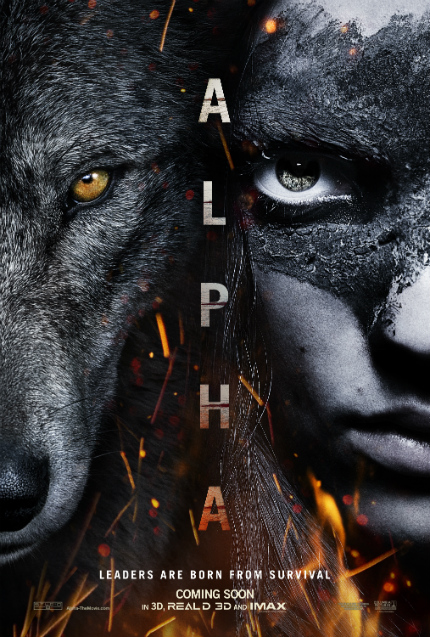 A cliff marks a turning point in a young man's life.

In Alpha, the young man is learning how to hunt buffalo in an ancient civilization when he is trapped in the wrong place at the wrong time; the beast takes vengeance and our hero plunges off a very high cliff.

Naturally, he survives, but he's cut off from everything -- and everyone -- he knows. As the first trailer shows, he must still learn to become a warrior, but he must also form a partnership with an animal if he is to have any hope of long-term survival.

Kodi Smit-McPhee stars as the young man, and he's a very fine actor, as his past performances in Let Me In, The Congress, and Slow West have shown. Albert Hughes directed; he's best known in recent years for The Book of Eli, which he helmed with his brother Allen. As The Hughes Brothers, their credits include Menace II Society and From Hell.

It's a solid premise that may benefit from a modern treatment. It's set for release on March 2, 2018. Take a look at the trailer and let us know if you see any promise in it.

Do you feel this content is inappropriate or infringes upon your rights? Click here to report it, or see our DMCA policy.
Albert HughesAlphaJóhannes Haukur JóhannessonKodi Smit-McPhee