Melbourne 2017: First Glance Entices With Both Local and International Reveals

It is winter here in Australia, and as the sky darkens and the days feel long and grey, First Glance reminds us we are just less than two months away to the Melbourne International Film Festival.

Topping the announcement is a focus on Australian content with a strong collection of new and varied works from exciting directors. Of course, there is plenty of US Independent hipster bait and buzzy international award winners to whet our appetites too, with some feature debuts that prompt exploration into what will no doubt be a great MIFF. 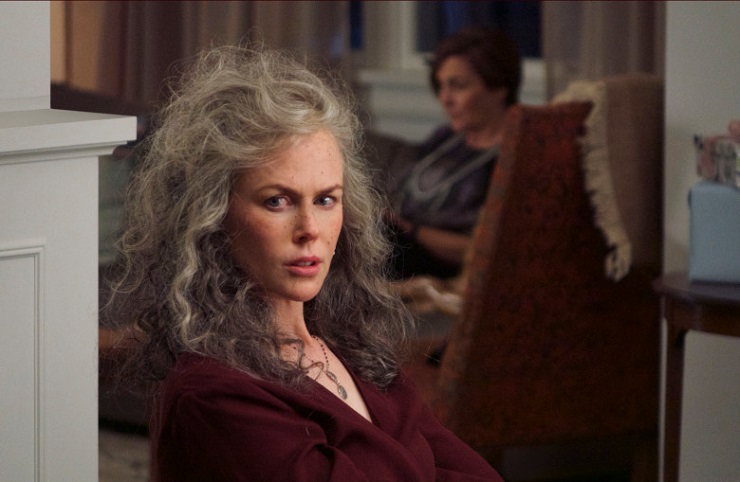 The ever-growing reliance on home and mobile streaming entertainment thankfully do not neglect auteur content and MIFF is proud to support the work, less so the medium with Top of the Lake: China Girl; straight from a standing ovation in Cannes, this special Australian premiere of the entire second season, directed by Jane Campion and starring Nicole Kidman will show all six episodes in three concurrent two-hour sessions – a unique opportunity to see the series before its television premiere, turning this binge experience into an outright event. China Girl is a crime mystery story that finds Detective Robin Griffin (Elisabeth Moss) recently returned to Sydney and trying to rebuild her life. When the body of an Asian girl washes up on Bondi Beach, there appears little hope of finding the killer, until Robin discovers ‘China Girl’ didn’t die alone.

Leading Australian director Kriv Stenders (Red Dog) returns to MIFF with two productions: The Go-Betweens – Right Here; a documentary charting the four-decade long story of beloved indie rock band The Go-Betweens, in their own words and with never-before-seen archival footage; and Australia Day; an excoriating, illuminating take on a most fraught debate, set over a pulse-racing 12 hours.

Australian comedies for the festival include Ali's Wedding; based on the real-life experience of lead actor Osamah Sami’s ill-fated arranged marriage, this absurd and poignant tale about a family in multicultural Australia stars Don Hany with direction by Jeffrey Walker (Jack Irish). Ali's Wedding is a fast-paced comedy of very Muslim manners that shines with wit, humanity and crowd-pleasing charisma. That’s Not Me; a charming feature debut about a young woman and aspiring actor who takes advantage of her identical twin sister's success and fame, featuring an impressive performance by writer/star Alice Foulcher in dual roles.

Documentaries revealed so far include Mountain; Jennifer Peedom returns to the mountains that so captivate her in a uniquely cinematic and musical collaboration that is far more esoteric than her equally captivating Sherpa. Working with high-altitude cinematographer Renan Ozturk, bestselling author Robert Macfarlane (Mountains of the Mind) and the Australian Chamber Orchestra’s Richard Tognetti, Peedom has created a breathtaking cine-sonic journey through awe-inspiring vistas narrated by Willem Dafoe. Amiel Courtin-Wilson (Hail, Ruin) returns with work far less volatile with the documentary The Silent Eye; Courtin-Wilson has captured two legends  – free jazz pioneer Cecil Taylor and modern dance artist Min Tanaka – in an intimate performance piece like no other. Shot over three days in 2016 at Taylor’s New York home, the film captures these two masters riffing, offering the audience a glimpse of the creative process at its most sublime.

For something on the opposite end of the spectrum, New Zealand presents two must-see documentaries. Pecking Order; a 'flockumentary' which follows the members of the 148-year-old Christchurch Poultry, Bantam and Pigeon Club as they prepare for the National Show and facing off against the next generation of chicken fanciers. Also from NZ, MIFF regular Florian Habicht (Pulp: A Film About Life, Death and Supermarkets) welcomes you to Spookers; delving into a former psychiatric hospital outside Auckland, where visitors gather to be petrified by killer clowns and zombies at the Southern Hemisphere’s largest ‘scream park’. Habicht reveals the personalities beneath the costumes, wigs, and greasepaint with characteristic affection and humour in this funny, compelling documentary.

International documentaries announced include festival trail blazer I Am Not Your Negro: a stirring portrait of the writer, civil rights activist and queer icon James Baldwin and his lifelong fight against racial and sexual injustice, narrated by Samuel L. Jackson. Equally as compelling is contemporary Matthew Heinemann’s (Cartel Land) new film City of Ghosts; which focuses on the anonymous activists of Raqqa, who are being slaughtered silently in the heartland of ISIS’s self-declared caliphate. This is an urgent, deeply personal real-world thriller about the world’s most crucial fight against misinformation.

Golden Exits; the latest film from Alex Ross Perry (Listen Up Phillip, Queen of Earth), is an unnerving American ensemble drama shot on 16mm that boasts a star-studded cast led by Emily Browning, Chloë Sevigny and indie stalwart Jason Schwartzman. Ross Perry is fast becoming a MIFF favourite and his unique indie efforts are yet to disappoint.

The Lost City of Z; James Gray’s (The Immigrant) sumptuous Amazon adventure based on real-life explorer Percy Fawcett’s quest to find the fabled city of El Dorado is a definite highlight, with stunning 35mm cinematography and a poignancy aided by the performances of Charlie Hunnam, Sienna Miller, and Robert Pattinson. Terrence Malick returns, with a plot this time, in Song to Song; a love story set against the backdrop of the Austin music scene, with a luminous cast including Ryan Gosling, Rooney Mara, Michael Fassbender, Natalie Portman and Cate Blanchett.

Sally Potter’s (Ginger and Rosa) caustic comic satire of a broken, post-Brexit England, The Party; offering a masterclass of acting from a stellar ensemble headed by Kristin Scott Thomas and filmed entirely in stunning black and white. Also from the UK is Daphne; a character study about a dissatisfied young woman in present-day London – featuring a superb performance from Emily Beecham in title role – that balances complex comedy and disarming drama and offers a refreshing portrait of contemporary womanhood.

More out-there offerings for the cult cineaste in us all includes music video director Geremy Jasper’s feature debut Patti Cake$; about an aspiring rapper in a triumphant tale of how music can give a nobody a voice. The film belongs to Australian acting discovery Danielle McDonald, a breakout star at Sundance for her sensational performance as the New Jersey battler. The makers of Spring, Justin Benson and Aaron Moorhead return with The Endless; a high-concept horror centred on two brothers following their escape from a cult. It promises to be a real mind-f*ck, and no MIFF would be complete without a few of those!

The full program will be announced on Tuesday 11 July with public tickets on sale Friday 14 July. The 2017 Melbourne International Film Festival runs 3rd - 20th August. Stick to Screen Anarchy for more news on MIFF as it becomes available. #MIFF2017 is the official hashtag.

Do you feel this content is inappropriate or infringes upon your rights? Click here to report it, or see our DMCA policy.
australiafilm festivalfirst glancemelbournemelbourne international film festivalmiff