Jackie Chan's THE FOREIGNER Gets Brooding U.S. Trailer to Go With Poster

UPDATED: The first trailer has now dropped, and, frankly, it looks terrific, with a brooding and very somber Jackie Chan integrated well into the drama and, of course, the action. Watch the trailer below. We've also added three new stills. Here's the official synopsis, as well, which puts everything into context:

The Foreigner, starring Jackie Chan and Pierce Brosnan, is a timely action thriller from the director of Casino Royale. The film tells the story of humble London businessman Quan (Chan), whose long-buried past erupts in a revenge-fueled vendetta when the only person left for him to love -- his teenage daughter -- is taken from him in a senseless act of politically-motivated terrorism. In his relentless search for the identity of the terrorists, Quan is forced into a cat-and-mouse conflict with a British government official (Brosnan), whose own past may hold clues to the identities of the elusive killers.

Jackie Chan remains as busy as ever. Within the past year, we've seen the Chinese period piece Railroad Tigers and the modern Chinese/Indian fusion Kung Fu Yoga, which both showed him in his familiar guise as a heroic action figure.

The Foreigner promises to show him in a different light, as a man seeking vengeance for his family. Reportedly, it will emphasize the action in the premise; Chan plays a restaurant owner in London whose family is victimized by Irish terrorists. It's based on Stephen Leather's novel The Chinaman (?!), first published in 1992.

Pierce Brosnan, who's done quite a variety of colorful roles since his days as James Bond, is Chan's costar, along with Katie Leung and Tao Liu. Speaking of Bond, Martin Campbell, perhaps best known for Bond installments GoldenEye and Casino Royale, is directing.

The film is scheduled for release this fall -- October 13 in the U.S. The first U.S. poster has now been released, which you can see in full below, I'm quite intrigued, but I'm an unbridled optimist. What say you? 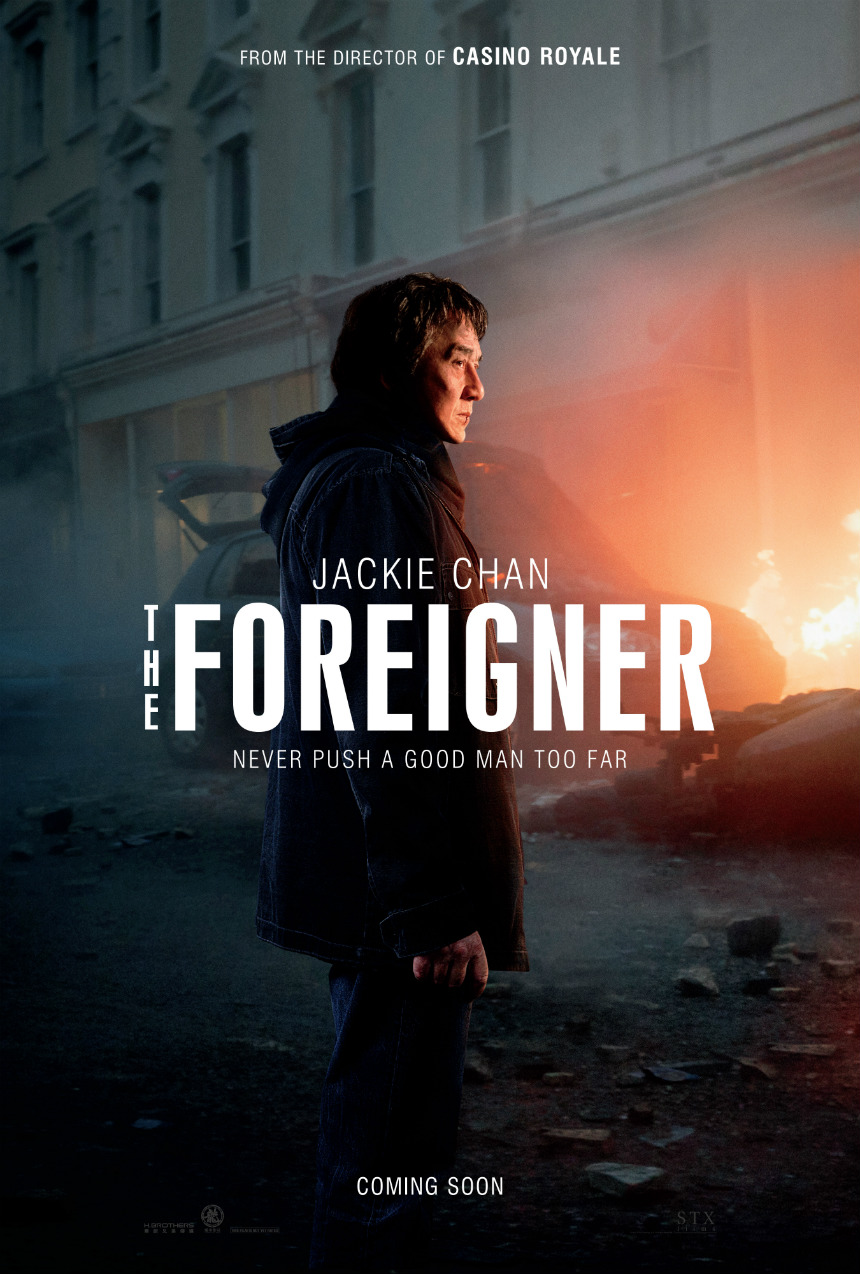 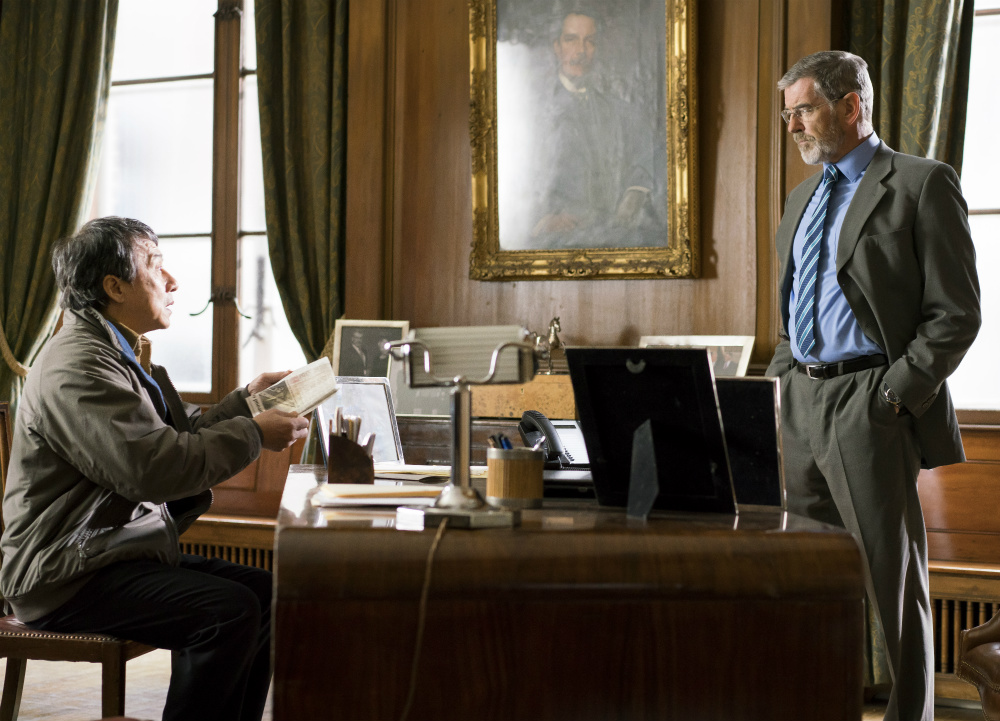 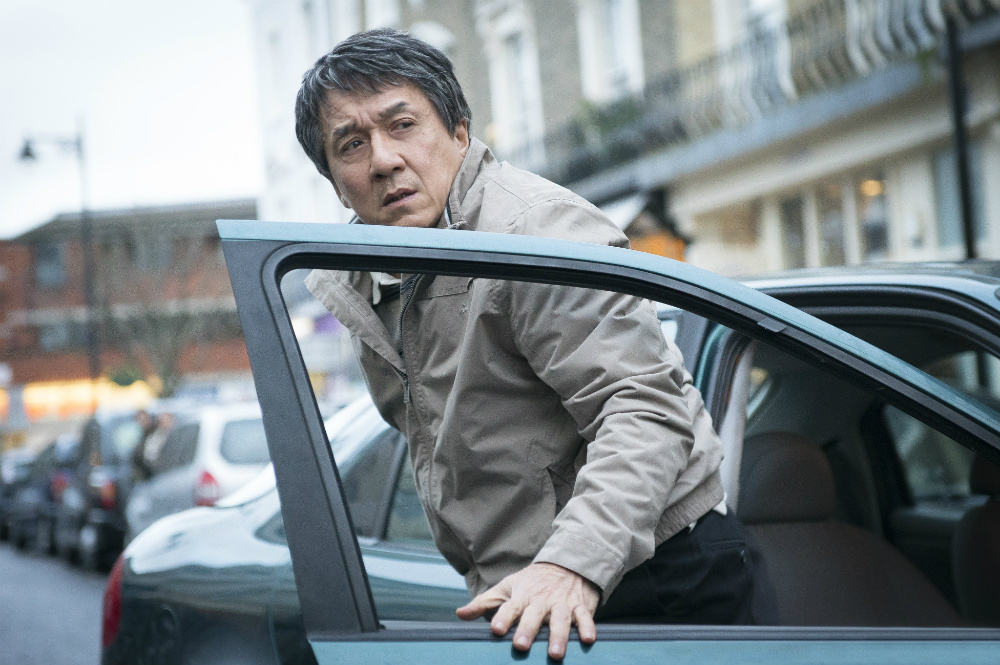 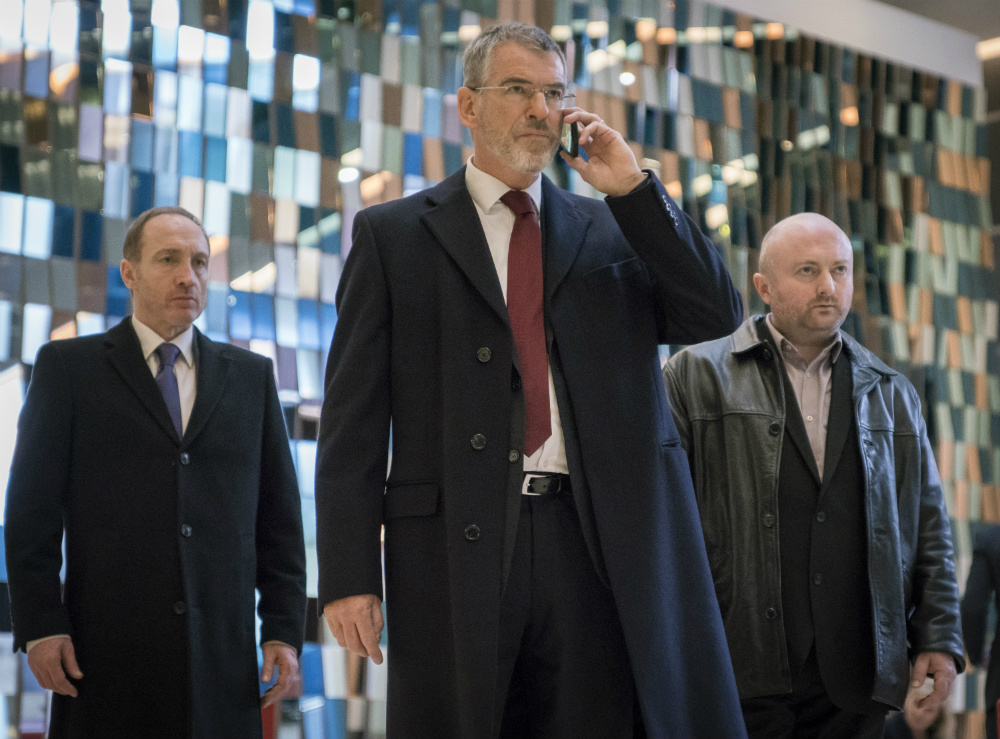 Do you feel this content is inappropriate or infringes upon your rights? Click here to report it, or see our DMCA policy.
Jackie ChanMartin CampbellPierce Brosnan

More about The Foreigner