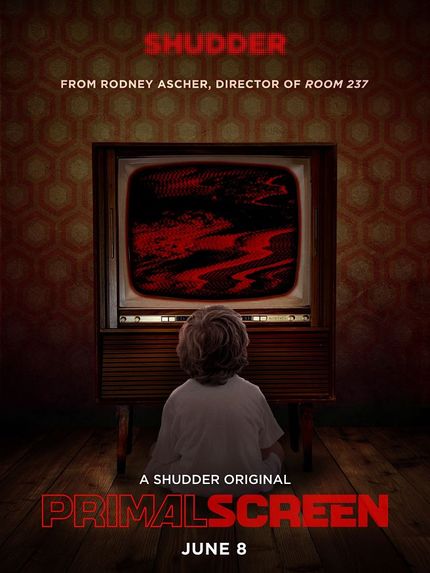 AMC's horror streaming service Shudder has entered the original content game with a series of six planned "Shudder Originals", the first of which is Rodney Ascher's (Room 237) latest, Primal Screen.

Primal Screen explores how individuals are simultaneously attracted to and repelled by what scares them most. Like Ascher's last film, The Nightmare, the film is a hybrid of documentary and horror and explores the pop-culture artifacts that traumatized individuals in their youth and the effects it has had on their lives.

In addition to Primal Screen, Shudder is developing the following projects:

Deadwax - A short form series about the hunt for a mysterious record that drives its owners mad... and kills anyone who dares to play it. From Graham Reznick, co-writer of Until Dawn and director of I Can See You.

Riprore - In the heart of gangland Los Angeles, a gruesome discovery sparks a frenetic Homicide Investigation; but underneath the surface lurks a darkness that leads to the end of days. From by Sam Sheridan (former MMA fighter and Author of A Fighter's Heart and The Disaster Diaries) and with Patty Jenkins attached.

The Blondes - A woman treks to find the father of her unborn child, while navigating a world where blonde haired women could turn into rabid monsters at any moment. Based on the novel by Emily Schultz and executive Produced by J. Todd Harris, Marc Marcum and Branded Entertainment.

ScreenAnarchy is proud to present this exclusive clip from Rodney Ascher's Primal Screen below.